Senate Impeachment Trial On January 28, 2020-McConnell Does Not Have The Vote To Block Witnesses 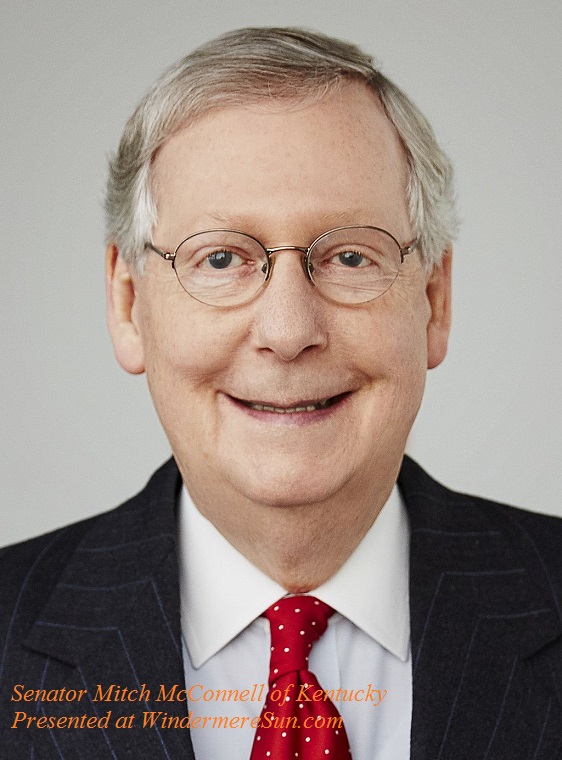 President Donald Trump’s legal team is expected to conclude their arguments Tuesday, January 28, 2020, in the Senate impeachment trial. When the defense concludes, senators will be given 16 hours over two days to question both the House managers and Trump’s attorneys. Senators will then debate and vote on whether to call witnesses, in the video “WATCH LIVE: The Senate impeachment trial of Donald Trump, January 28“, below:

Senate Impeachment trial prosecutor, Congressman Jerry Nadler calls for Trump’s former chief of staff John Kelly to testify as a witness at trial. Nadler, making this news on The Beat with Ari Melber as new reports emerged that Sen. McConnell does not have the votes to block witnesses. Kelly just backed John Bolton’s claim that Trump confirmed his Ukraine plot was tied to military aid. Nadler says his “knowledge” could be useful, in the video “Trump Nightmare: Rebelling Ex-Aides Testify At Trial, The Beat With Ari Melber, MSNBC“, below:

Intel Committee Chair, Rep. Adam Schiff, D-Calif., discusses the defense from Trump’s attorneys on the sixth day of the impeachment hearings, the need for John Bolton as a witness and why he says now is time for political courage, in the video “Rep. Adam Schiff: Why Is Bolton Willing To Come Forward Now? Morning Joe, MSNBC“, below:

The president’s lawyers insisted at his Senate impeachment trial Monday that there was nothing improper about his dealings with Ukraine’s government. The Morning Joe panel discusses, in the video “Joe: A ‘Confederacy Of Dunces’ Defends President Donald Trump, Morning Joe, MSNBC“, below:

Nicolle Wallace shares her take on Jay Sekulow’s arguments in the Trump impeachment trial, saying she appreciated that Sekulow didn’t pretend that his defense of the president was anything other than spin and politics, in the video “Nicolle Wallace: This Was Not A Legal Defense Of Trump, It Was A Political One, MSNBC“, below:

Presidential candidate Senator Amy Klobuchar, D-MN., said that she would like to see her rising 2020 Democratic opponent former New York City Mayor Michael Bloomberg on the debate stage so that voters could “evaluate him.” in the video “Amy Klobuchar: Michael Bloomberg Should Debate So ‘Voters Can Evaluate Him, Morning Joe, MSNBC“, below: