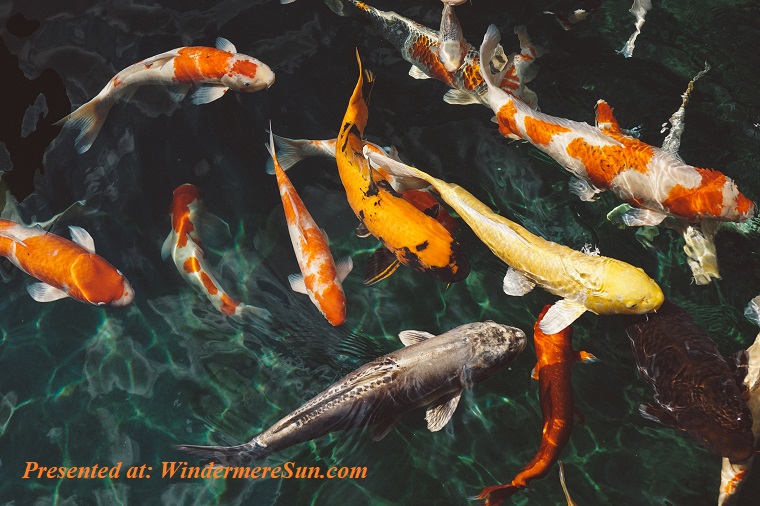 Have you ever considered keeping koi fish as pet? They are colorful and lively creatures!

More about Horace, from the excerpt in wikipedia, in italics, below:

Quintus Horatius Flaccus (8 December 65 BC – 27 November 8 BC), known in the English-speaking world as Horace (/ˈhɒrɪs/), was the leading Roman lyric poet during the time of Augustus (also known as Octavian). The rhetorician Quintilian regarded his Odes as just about the only Latin lyrics worth reading: “He can be lofty sometimes, yet he is also full of charm and grace, versatile in his figures, and felicitously daring in his choice of words.”[nb 1]

Horace also crafted elegant hexameter verses (Satires and Epistles) and caustic iambic poetry (Epodes). The hexameters are amusing yet serious works, friendly in tone, leading the ancient satirist Persius to comment: “as his friend laughs, Horace slyly puts his finger on his every fault; once let in, he plays about the heartstrings”.[nb 2]

His career coincided with Rome’s momentous change from a republic to an empire. An officer in the republican army defeated at the Battle of Philippi in 42 BC, he was befriended by Octavian’s right-hand man in civil affairs, Maecenas, and became a spokesman for the new regime. For some commentators, his association with the regime was a delicate balance in which he maintained a strong measure of independence (he was “a master of the graceful sidestep”)[1] but for others he was, in John Dryden‘s phrase, “a well-mannered court slave”.[2][nb 3]

Horace can be regarded as the world’s first autobiographer[3] – In his writings, he tells us far more about himself, his character, his development, and his way of life than any other great poet in antiquity. Some of the biographical writings contained in his writings can be supplemented from the short but valuable “Life of Horace” by Suetonius (in his Lives of the Poets).[4]