Iguanas Were Falling Off Of Trees ! 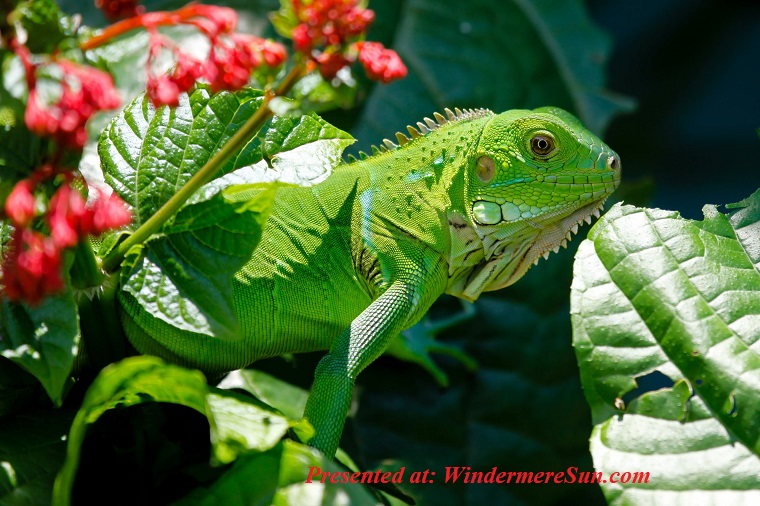 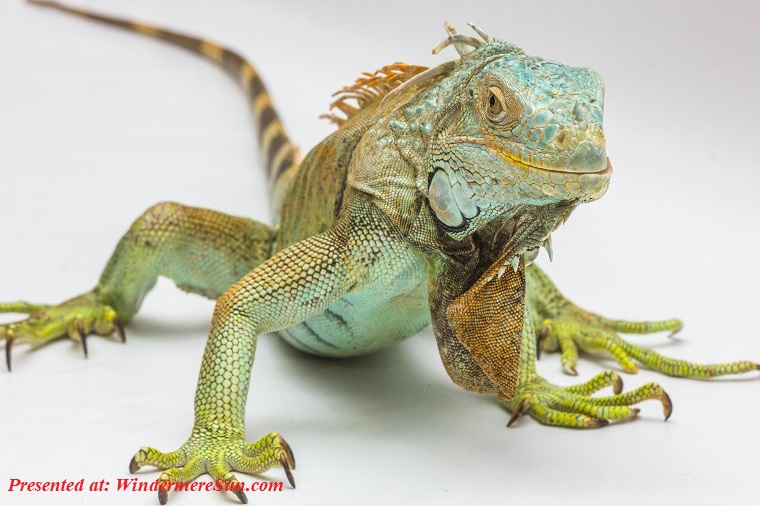 Do you remember how cold it got on Tuesday and Wednesday of this week here in Central Florida? Temperatures were dropping so low in South Florida (39 degrees Fahrenheit) that residents were finding iguanas falling off of the trees, in the video “Cold, stunned iguanas are falling from trees in Florida“, below:

It’s so cold, iguanas are falling from trees, in the video “Iguanas stiffen up as cold weather sweeps across South Florida“, below:

As temperatures drop in South Florida, weather authorities are warning residents to be on the lookout for temporarily immobilized iguanas falling from trees, in the video “Falling iguanas: Cold weather prompts unusual warning in Florida“, below:

The National Weather Service in Miami is warning residents about the possibility of falling iguanas thanks to cold temperatures. “This isn’t something we usually forecast, but don’t be surprised if you see Iguanas falling from the trees tonight as lows drop into the 30s and 40s. Brrrr!” the NSW tweeted Tuesday. The cold-blooded animals can slow down or become immobile when temperatures dip into the 40s, and are known to drop out of trees, in the video “Iguanas Drop From Trees Due to Cold, NBC 6“, below:

Shoot to kill … and eat. That’s become the new method for limiting the out-of-control green iguana population in Puerto Rico. Volunteers in the island territory have begun patrolling for the pesky lizard in an effort to reduce its numbers. Meat from iguanas can become part of the human diet. Even restaurants in the continental United States are starting to import iguana meat, which can be prepared in many different ways, in the video “Hunting and Eating Invasive Iguanas, National Geographic“, below:

For more about iguana, please refer to the excerpt from wikipedia, in italics, below:

Iguanas can range from 1.5 to 1.8 metres (5 to 6 ft) in length, including their tail. The two species of lizard within the genus Iguana possess a dewlap and a row of elongated scales running from the midline of their necks down to their tails. Iguanas have varying types of scales covering different areas of their body, for example, there are some large round tuberculate scales scattered around the lateral region of the neck among smaller, overlapping scales.[4] The scales on the dorsal trunk of their body are also thicker and more tightly packed than those on the ventral side.[4] These scales may be a variety of colors and are not always visible from close distances. They have a large round scale on their cheeks known as a sub-tympanic shield.[5]

Iguanas have keen vision and can see shapes, shadows, colors, and movement at long distances. Their visual acuity enables them to navigate through crowded forests and to locate food. They employ visual signals to communicate with other members of the same species.[5]

The tympanum, the iguana’s eardrum, is located above the sub-tympanic shield (or “ear shield”) behind each eye. Iguanas are often hard to spot, as they tend to blend into their surroundings and their coloration enables them to hide from larger predators.[5]