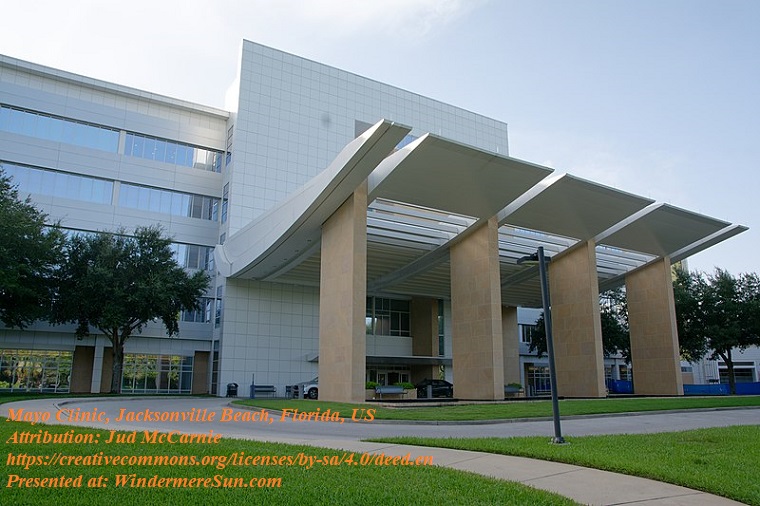 Mayo Clinic in Jacksonville  is planning for North America’s first carbon ion radiotherapy center to fight cancer, as part of an integrated  Mayo Clinic oncology center (an estimated $233 million project). Carbon-ion radiotherapy (CIRT) is the improved technological treatment options for various cancers such as prostate, head and neck, lung, and liver, and bone and soft tissue sarcomas, locally recurrent rectal cancer, and pancreatic cancer. The carbon-ion therapy has the potential to destroy cancer cells and tumors that are resistant to more traditional radiation therapy methods without damaging surrounding tissues, according to Steven Buskirk M.D., the chairman of Mayo’s radiation oncology department in Jacksonville, FL. Kent Thielen, M.D., CEO of the Jacksonville Mayo campus, said construction of the CIRT center will begin in 2020. At the moment, CIRT is not FDA approved, but will become available at Mayo Clinic Jacksonville campus after 2025.

What’s the difference between protons and carbon ions? Dr. Piero Fossati is Head of the Carbon Ion Program at MedAustron and explains why these particles are so special, in the video “EBG MedAustron GmbH, Ambulatorium“, below:

Back in 2016, Dr Kamada meets with ecancertv at Proton Therapy Congress 2016 to discuss carbon-ion beams, which he considers an alternative to proton therapy, in the video “Carbon-ion radiotherapy facilities using next generation technologies“, below:

For more about Carbon-ion radiotherapy, please refer to excerpt from wikipeida, in italics, below:

By mid 2017, more than 15,000 patients have been treated worldwide in over 8 operational centers. Japan has been a conspicuous leader in this field. There are five heavy-ion radiotherapy facilities in operation and plans exist to construct several more facilities in the near future. In Germany this type of treatment is available at the Heidelberg Ion-Beam Therapy Center (HIT) and at the Marburg Ion-Beam Therapy Center (MIT). In Italy the National Centre of Oncological Hadrontherapy (CNAO) provides this treatment. Austria will open a CIRT center in 2017, with centers in South Korea, Taiwan, and China soon to open. No CIRT facility now operates in the United States but several are in various states of development.[9]

From a radiation biology standpoint, there is considerable rationale to support use of heavy-ion beams in treating cancer patients. All proton and other heavy ion beam therapies exhibit a defined Bragg peak in the body so they deliver their maximum lethal dosage at or near the tumor. This minimizes harmful radiation to the surrounding normal tissues. However, carbon-ions are heavier than protons and so provide a higher relative biological effectiveness (RBE), which increases with depth to reach the maximum at the end of the beam’s range. Thus the RBE of a carbon ion beam increases as the ions advance deeper into the tumor-lying region.[10] CIRT provides the highest linear energy transfer (LET) of any currently available form of clinical radiation.[11] This high energy delivery to the tumor results in many double-strand DNA breaks which are very difficult for the tumor to repair. Conventional radiation produces principally single strand DNA breaks which can allow many of the tumor cells to survive. The higher outright cell mortality produced by CIRT may also provide a clearer antigen signature to stimulate the patient’s immune system.[12][13]