Protests Against Citizenship (Amendment) Act Of 2019 Of India 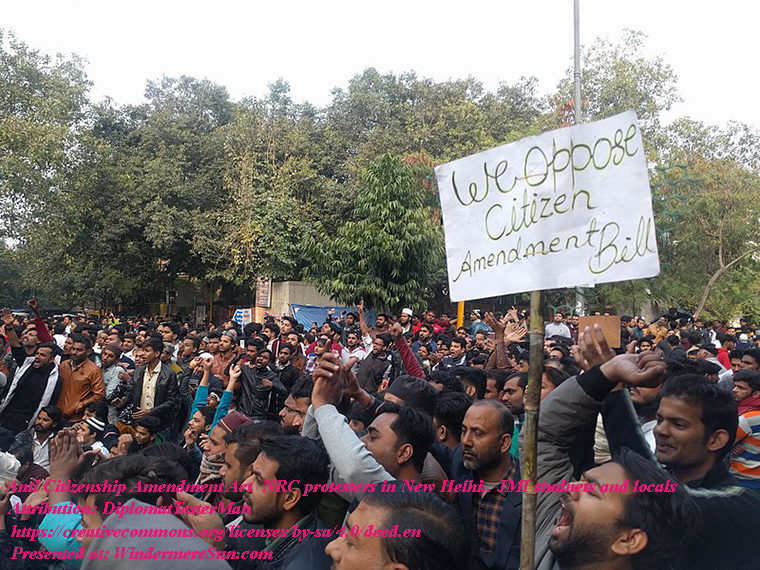 Protesters across India are continuing a weeks-long fight against a new citizenship law that excludes Muslim immigrants and is stoking fear of greater anti-Muslim discrimination in the country. The Citizenship Amendment Act (CAA) passed parliament in December and grants non-Muslim immigrants from Pakistan, Afghanistan, and Bangladesh a quicker pathway towards citizenship. Because the law excludes Muslims, protesters say it goes against India’s secular constitution. The citizenship law has also been discussed alongside the ruling BJP’s plan for a National Register of Citizens (NRC), a measure seen by critics as another anti-Muslim move by Prime Minister Narendra Modi’s Hindu nationalist government. Some demonstrations have turned violent. At least 27 people have been killed and more than 1,000 people have been detained since protests began in early December. Authorities in some parts of the country have intermittently shut down mobile internet services to prevent the spread of misinformation. In this episode, the controversy over India’s new citizenship law is discussed, in the video Live in 13 hours, January 6, 2020, 2:30 pm, “Will protests stop India’s controversial citizenship law? The Stream“, below:

More than a thousand people in New Delhi, India, marched in protest of a controversial citizenship law critics say is anti-Muslim, Wednesday, January 1, 2020, in the video “Protesters March Against Controversial Citizenship Law in India“, below:

Over a thousand people in New Delhi turn up to demonstrate against a controversial citizenship law and a proposed national register of citizens – both branded as ‘anti-Muslim’ – as protests continue into 2020 despite attempts by Prime Minister Narendra Modi to quell them since they broke out almost three weeks ago, in the video “‘Anti-Muslim’ law protests continue as India marks New Year, AFP“, below:

Protests in India over the new Citizenship Amendment Act, considered by many to be discriminatory against Muslims, continue to build across the country as the government bans public gatherings and shuts down internet services. CNN’s Sam Kiley reports, in the video “Protests across India over citizenship law despite bans“, below:

For clarification about a law in India, the Citizenship (Amendment) Act, 2019, please refer to the excerpt from wikipedia, in italics, below:

The Citizenship (Amendment) Act, 2019 was passed by the Parliament of India on 11 December 2019. It amended the Citizenship Act of 1955 by providing a path to Indian citizenship for Hindu, Sikh, Buddhist, Jain, Parsi, and Christian religious minorities that had fled persecution from Pakistan, Bangladesh and Afghanistan before December 2014.[2] Muslims were not given such eligibility.[3][4] The act was the first time religion had been overtly used as a criterion for citizenship under Indian law.[5]

The Hindu nationalist Bharatiya Janata Party (BJP), which leads the Indian government,[6][7] had promised in previous election manifestos to offer Indian citizenship to persecuted religious minorities from neighboring countries.[8][9] Under the 2019 amendment, migrants who had entered India by 31 December 2014, and had suffered “religious persecution or fear of religious persecution” in their country of origin were made eligible for citizenship.[2] The amendment also relaxed the residence requirement for naturalization of these migrants from eleven years to five.[10] Immediate beneficiaries of the Bill, according to the Intelligence Bureau of India, will be 31,313 refugees: 25,447 Hindus, 5,807 Sikhs, 55 Christians, 2 Buddhists and 2 Parsis.[11]