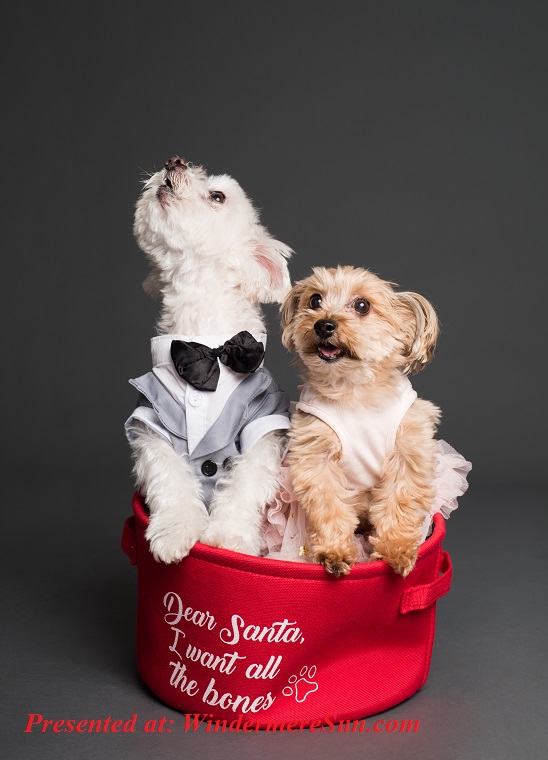 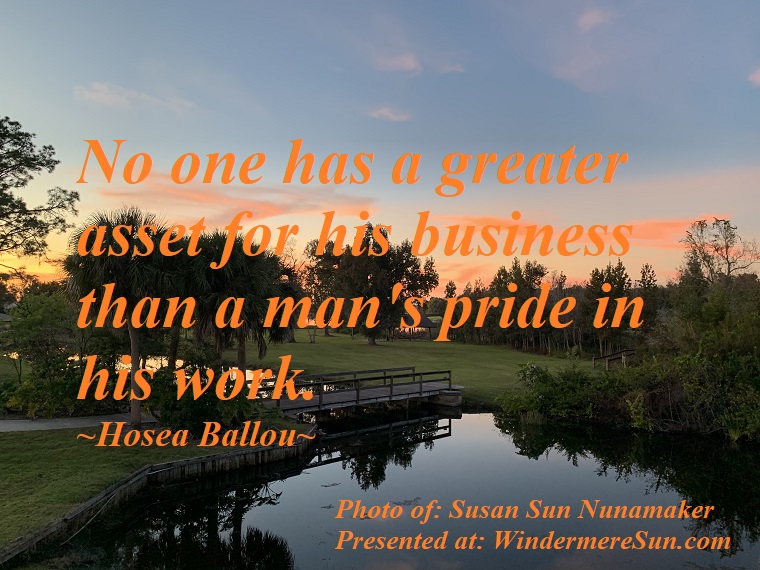 Quote of 12/21/2019, “No one has a greater asset of his business than a man’s pride in his work.” (Quote of Hosea Ballou, Photo of Susan Sun Nunamaker, Presented at: WindermereSun.com)

Yes, two puppies are dressed up and ready to party! How adorable! And they want all the bones from Dear Santa.

Quote of the Week below:

Quote of 12/21/2019, “No one has a greater asset of his business than a man’s pride in his work.” (Quote of Hosea Ballou, Photo of Susan Sun Nunamaker, Presented at: WindermereSun.com)

Hosea Ballou once commented, “No one has a greater asset of his business than a man’s pride in his work.”

For more about Hosea Ballou, please refer to the excerpt from wikipedia, in italics, below:

Originally a Baptist, he converted to Universalism in 1789. He preached in a number of towns in Vermont, New Hampshire and Massachusetts. From 1817, he was pastor of the Second Universalist Church of Boston. He wrote a number of influential theological works, as well as hymns, essays and sermons, and edited two Universalist journals. Ballou has been called one of the fathers of American Universalism.

Ballou has been called the “father of American Universalism,” along with John Murray, who founded the first Universalist church in America. Ballou, sometimes called an “Ultra Universalist,” differed from Murray in that he divested Universalism of every trace of Calvinism, and opposed legalism and trinitarian views.[1] As he wrote, “Real happiness is cheap enough, yet how dearly we pay for its counterfeit.”

Ballou also preached that those forms of Christianity that emphasized God as wrathful in turn hardened the hearts of their believers:

“It is well known, and will be acknowledged by every candid person, that the human heart is capable of becoming soft, or hard; kind, or unkind; merciful or unmerciful, by education and habit. On this principle we contend, that the infernal torments, which false religion has placed in the future world, and which ministers have, with an overflowing zeal, so constantly held up to the people, and urged with all their learning and eloquence, have tended so to harden the hearts of the professors of this religion, that they have exercised, toward their fellow creatures, a spirit of enmity, which but too well corresponds with the relentless cruelty of their doctrine, and the wrath which they have imagined to exist in our heavenly Father. By having such an example constantly before their eyes, they have become so transformed into its image, that, whenever they have had the power, they have actually executed a vengeance on men and women, which evinced that the cruelty of their doctrine had overcome the native kindness and compassion of the human heart.”[4]