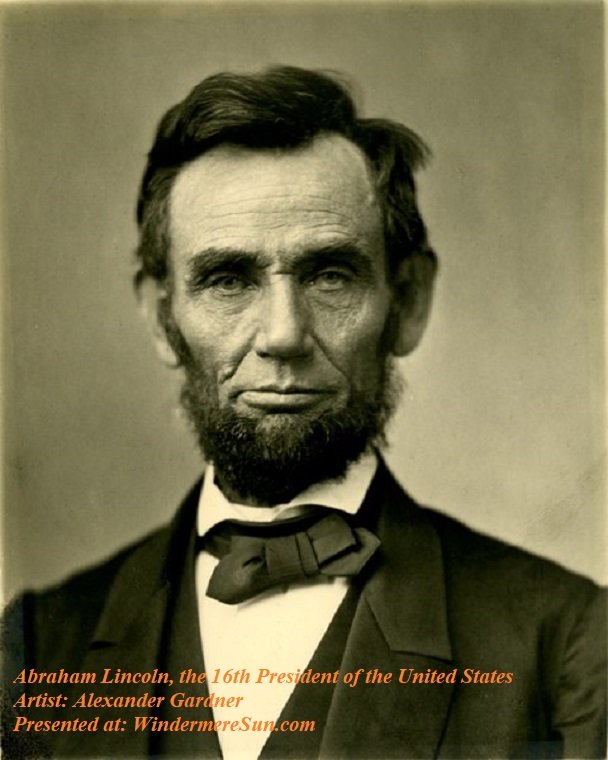 The Lincoln Project, a super PAC aiming at stopping Donald J. Trump from winning reelection,  is launched on Tuesday, December 17, 2019, in a New York Times op-ed (authored by George T. Conway III, husband of  White House adviser Kellyanne Conway; Steve Schmidt, former adviser to John McCain; John Weaver, chief strategist for John Kasich’s presidential campaign 2016;and Rick Wilson, the Republican political strategist), by a group of conservatives (including former New Hampshire GOP Chairwoman Jennifer Horn) known for their criticism of President Donald J. Trump. The Lincoln Project is led by lawyer George Conway, representing the first formal operation for the so-called Never Trump movement, according to The Associated Press.  Already the organizers have raised more than $1 million in fundraising commitments, with much more to come, to be spent on anti-Trump advertising during the remaining 2020 election campaign season. These three co-authors wrote that their effort in the next 11 months will be to defeat Trump “and Trumpism at the ballot box and to elect those patriots who will hold the line.”

The ope-ed in New York Times indicated, “This effort transcends partisanship and is dedicated to nothing less than preservation of the principles that so many have fought for, on battlefields far from home and within their own communities.” They wrote, “We do not undertake this task lightly, nor from ideological preference. We have been, and remain, broadly conservative (or classically liberal) in our politics and outlooks. Our many policy differences with national Democrats remain, but our shared fidelity to the Constitution dictates a common effort.” The founders of the Lincoln Project also wrote, “Patriotism and the survival of our nation in the face of the crimes, corruption and corrosive nature of Donald Trump are a higher calling than mere politics…As Americans, we must stem the damage he and his followers are doing to the rule of law, the Constitution and the American character.”

In an interview with the Associated Press, Conway stated that The Lincoln Project is open to include disenfranchised Republicans, Republican-leaning independents, and even the anonymous Trump administration official who authored the recent book warning the public against Trump’s reelection. Conway continued, “….every one who believes as we do that Donald Trump is a cancer on the presidency and on the Constitution needs to help and join this effort.”

GOP strategist Rick Wilson talks about The Lincoln Project, a super PAC created by conservatives to take down Donald Trump in the next election. Wilson is one of the group’s co-founders, in the video “Republican Strategists Using Their Methods To Defeat The Republican President, Deadline, MSNBC“, below:

Weaver also indicated that The Lincoln Project’s ads are expected to start airing in early 2020.

Perhaps The Lincoln Project would consider having a conservative Republican candidate running on an Independent ticket for 2020 election.

Their Mission (in italics):  Defeat President Trump and Trumpism at the ballot box.

We do not undertake this task lightly nor from ideological preference. Our many policy differences with national Democrats remain. However, the priority for all patriotic Americans must be a shared fidelity to the Constitution and a commitment to defeat those candidates who have abandoned their constitutional oaths, regardless of party. Electing Democrats who support the Constitution over Republicans who do not is a worthy effort.

Their Inspiration (in italics, below):

President Abraham Lincoln led the United States through its bloodiest, most divisive and most decisive period of our history. He fought not because he wanted to, but because he knew the dual goals of preserving the Union and the end of slavery would be achieved only through armed conflict. Lincoln always kept the enormous human cost of the struggle in the front of his mind. At Gettysburg, he implored us not to forget those that had given “their last full measure of devotion” to preserving the American experiment. As it became clear that the Union would be victorious, Lincoln’s thoughts turned to how the nation would “bind up its wounds” and move forward together.

Today, we find ourselves divided again – sectionalism in the country and factionalism in government has led to ever uglier examples of how our political system is failing. President Donald Trump and those who sign onto Trumpism are a clear and present danger to the Constitution and our Republic. Only defeating so polarizing a character as Trump will allow the country to heal its political and psychological wounds and allow for a new, better path forward for all Americans.

The reason why these patriotic Republicans are launching the Lincoln Project is explained below:

In this exclusive conversation with Stephen Colbert, Congressman Adam Schiff lays out the reasons for impeachment and says that Trump risked America’s national security while looking for dirt on his political opponent, in the video “Rep. Adam Schiff: Trump Risked National Security For His Political Gain“, below:

Congressman Adam Schiff says that we already know about Trump’s misconduct and the evidence of his wrongdoing is overwhelming, in the video “Rep. Adam Schiff: Evidence Of The President’s Wrongdoing Is Overwhelming“, below:

Congressman Adam Schiff says his Republican colleagues in Congress need to speak their minds, and vote their conscience when it comes to the Trump impeachment proceedings, in the video “Rep. Adam Schiff: Republican Congresspeople Need To Vote Their Conscience“, below: