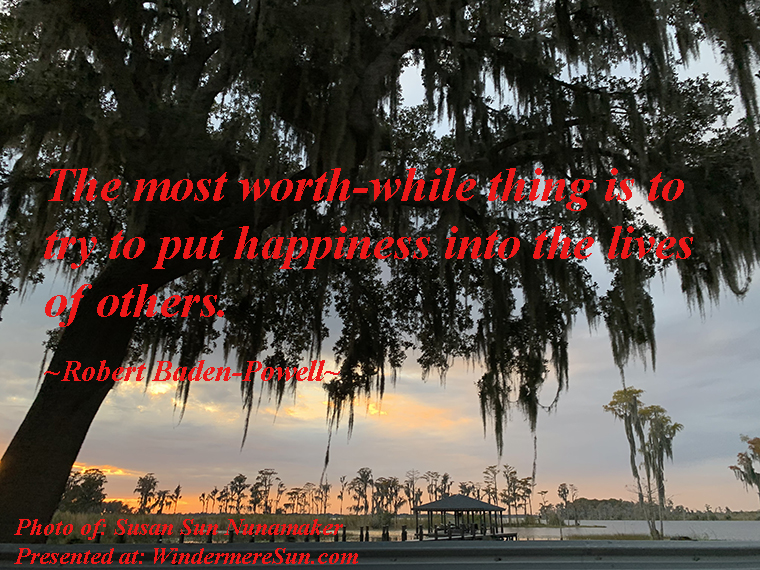 Quote of 12/07/2019, “The most worth-while thing is to try to put happiness into the lives of others.” (Quote of Robert Baden-Powell, Photo of Susan Sun Nunamaker, Presented at: WindermereSun.com) 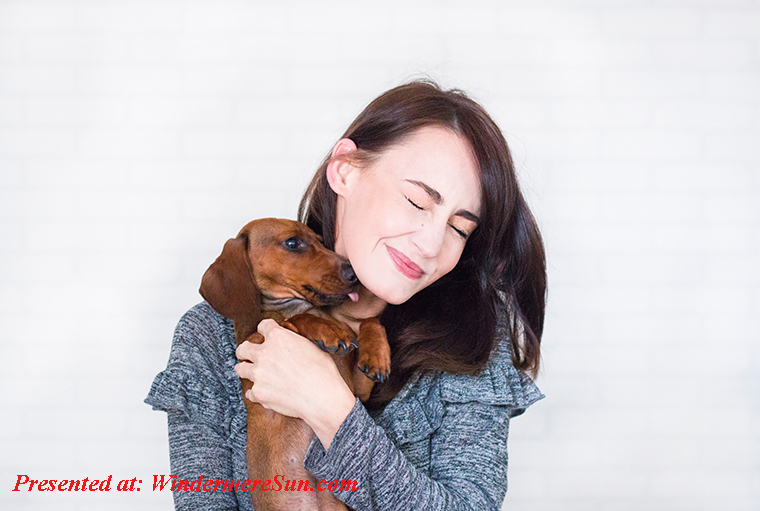 Quote of 12/07/2019, “The most worth-while thing is to try to put happiness into the lives of others.” (Quote of Robert Baden-Powell, Photo of Susan Sun Nunamaker, Presented at: WindermereSun.com)

Educated at Charterhouse in Surrey, Baden-Powell served in the British Army from 1876 until 1910 in India and Africa.[4] In 1899, during the Second Boer War in South Africa, Baden-Powell successfully defended the town in the Siege of Mafeking.[5] Several of his military books, written for military reconnaissance and scout training in his African years, were also read by boys. In 1907, he held a demonstration camp, the Brownsea Island Scout camp, which is now seen as the beginning of Scouting.[6] Based on his earlier books, particularly Aids to Scouting, he wrote Scouting for Boys,[7] published in 1908 by Sir Arthur Pearson, for boy readership. In 1910 Baden-Powell retired from the army and formed The Boy Scouts Association.

The first Scout Rally was held at The Crystal Palace in 1909, at which appeared a number of girls in Scout uniform, who told Baden-Powell that they were the “Girl Scouts”, following which, in 1910, Baden-Powell and his sister Agnes Baden-Powell started the Girl Guides Movement. In 1912 he married Olave St Clair Soames. He gave guidance to the Scouting and Girl Guiding Movements until retiring in 1937. Baden-Powell lived his last years in Nyeri, Kenya, where he died and was buried in 1941. His grave is now a National Monument.[8]