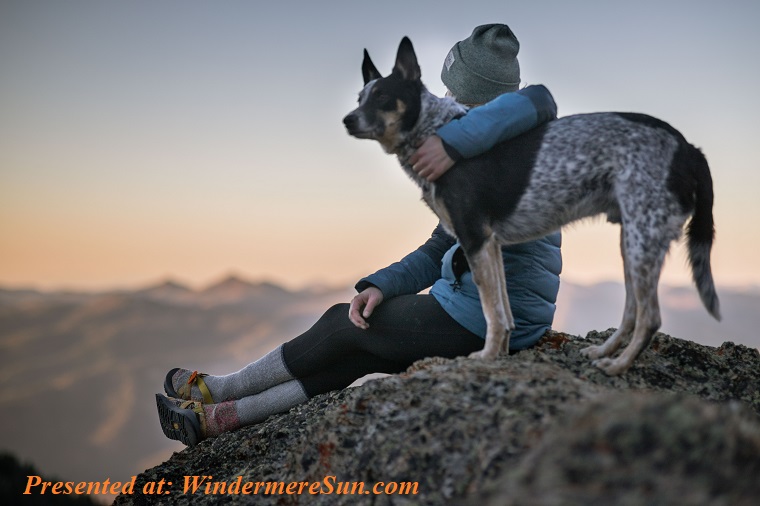 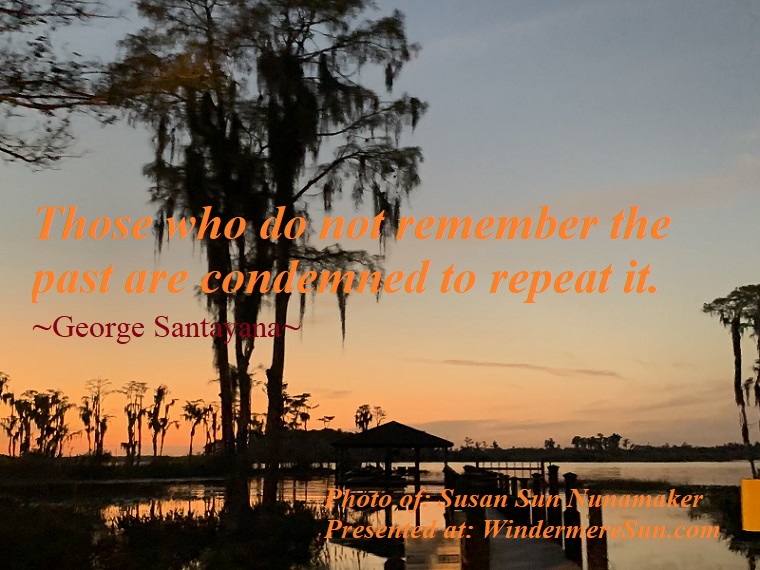 “Those who do not remember the past are condemned to repeat it.” (Quote of: George Santayana, Photo of: Susan Sun Nunamaker, Presented at: WindermereSun.com)

What a wonderful view!

“Those who do not remember the past are condemned to repeat it.” (Quote of: George Santayana, Photo of: Susan Sun Nunamaker, Presented at: WindermereSun.com)

George Santayana once said, “Those who do not remember the past are condemned to repeat it.”

To learn more about who George Santayana was, please refer to the excerpt from wikipedia, in italics, below:

Jorge Agustín Nicolás Ruiz de Santayana y Borrás, known in English as George Santayana (/ˌsæntiˈænə, –ˈɑːnə/;[2] December 16, 1863 – September 26, 1952), was a philosopher, essayist, poet, and novelist. Originally from Spain, Santayana was raised and educated in the United States from the age of eight and identified himself as an American, although he always retained a valid Spanish passport.[3] He wrote in English and is generally considered an American man of letters. At the age of forty-eight, Santayana left his position at Harvard and returned to Europe permanently, never to return to the United States.

Santayana is popularly known for aphorisms, such as “Those who cannot remember the past are condemned to repeat it”,[4] “Only the dead have seen the end of war”,[5] and the definition of beauty as “pleasure objectified”.[6] Although an atheist, he treasured the Spanish Catholic values, practices, and worldview in which he was raised.[7] Santayana was a broad-ranging cultural critic spanning many disciplines. He was profoundly influenced by Spinoza‘s life and thought; and, in many respects, was a devoted Spinozist.[8]