Prince Andrew Will Step Back From Public Duties 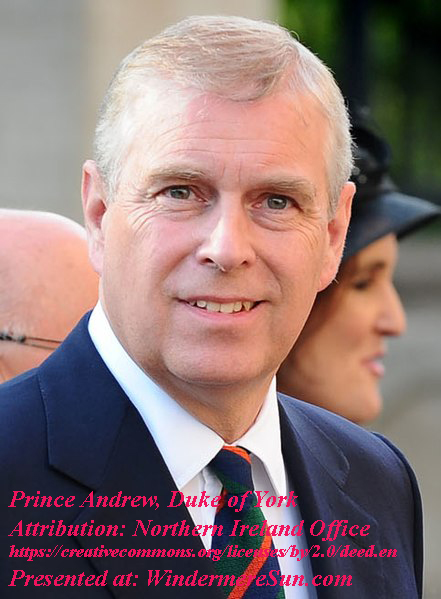 An interview with the BBC, in which Prince Andrew (Duke of York) discussed his relationship with the convicted sex offender Jeffrey Epstein, has sparked intense backlash. In an unprecedented statement, Prince Andrew said he would “step back” from public duties for the foreseeable future. It comes just 72 hours after an interview with the BBC about his relationship with Jeffrey Epstein. Imtiaz Tyab reports, in the video “Prince Andrew steps back from royal duties after BBC interview“, below:

In this week’s edition of The Royals Report, Prince Andrew is under pressure after an interview with BBC News in which the prince addressed sexual allegations against him from one of Jeffrey Epstein’s accusers. Virginia Giuffre said she had sex with the prince when she was 17 and that it happened while she was being trafficked by Epstein. Andrew denies Giuffre’s allegations. BBC Royal Correspondent Jonny Dymond joined “CBSN AM” from Buckingham Palace to talk about the fallout from the interview, in the video “Prince Andrew criticized for how he addressed Jeffrey Epstein ties in BBC interview“, below:

The BBC interview in question, when the Duke of York speaks to Emily Maitlis about his friendship with Jeffrey Epstein and the allegations against him, in the video “Prince Andrew and Jeffrey Epstein FULL INTERVIEW-BBC Newsnight“, below: