Aerial view of the Capitol Hill at Washington DC (Presented at: WindermereSun.com) 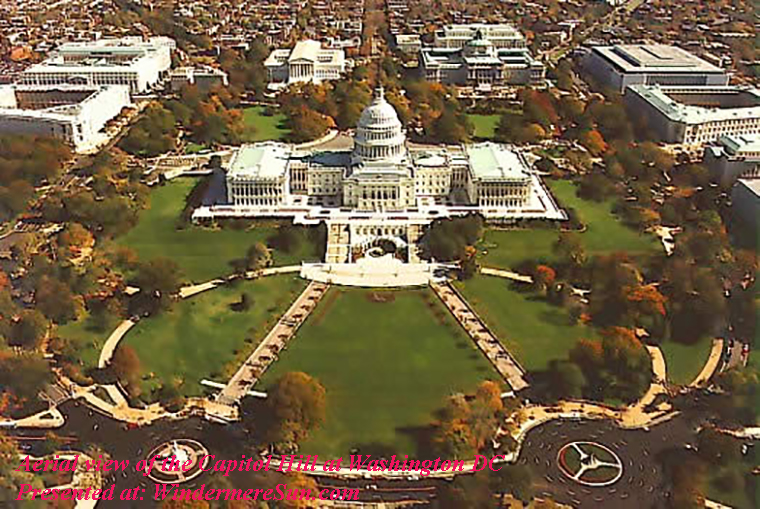 Aerial view of the Capitol Hill at Washington DC (Presented at: WindermereSun.com)

In an interview with “Face the Nation,” House Speaker Nancy Pelosi said President Trump has every opportunity to present his case to lawmakers in the impeachment inquiry. The president said he’d “strongly consider testifying.” CBS News chief congressional correspondent Nancy Cordes joined CBSN with details, and a preview of what’s ahead this week, in the video “Pelosi’s take on Trump and the impeachment inquiry hearings“, below:

Nine witnesses are expected to testify during three days of impeachment hearings this week. Keir Dougall, CBSN legal contributor and former assistant U.S. attorney in New York’s Eastern District, joins CBSN to discuss the legal implications of the upcoming hearings, in the video “More witnesses expected to test during 2nd week of impeachment inquiry hearings“, below:

The second week of public hearings in the impeachment inquiry has eight witnesses scheduled to testify. Three of the four witnesses set to testify Tuesday were on the July Ukraine phone call which sparked the inquiry. CBS News chief congressional correspondent Nancy Cordes joined CBSN to discuss the latest, in the video “Eight more witnesses expected in public impeachment hearings this week“, below: