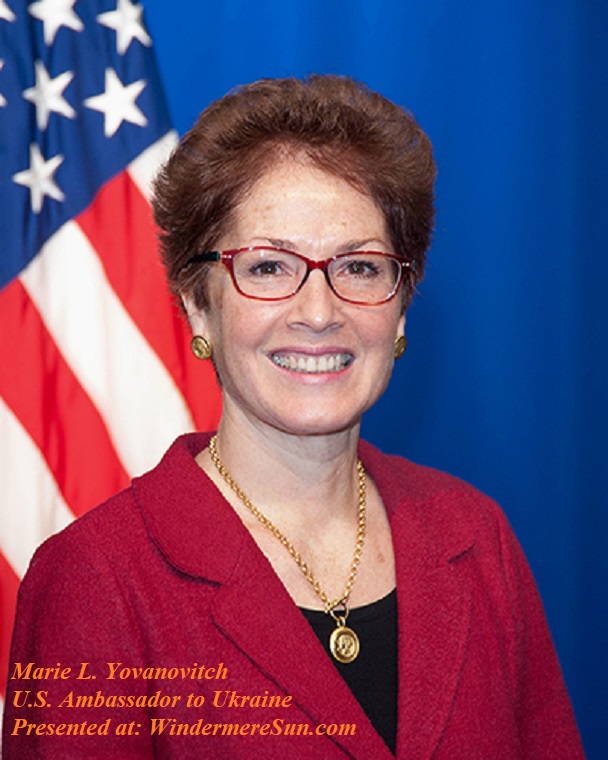 During the second day of public hearings in the impeachment inquiry, Friday, November 15, 2019, House Intelligence Committee Chairman Adam Schiff described the abrupt ouster of U.S. Ambassador to Ukraine Marie Yovanovitch and called her an “exemplary officer who was widely praised and respected by her colleagues.” Watch his opening statement in the video “Day 2 Part 1: Adam Schiff’s opening statement“, below:

Marie “Masha” Yovanovitch, former U.S. ambassador to Ukraine testifies on Friday, November 15th. She was one of many officials who testified that foreign policymaking was happening through an “irregular” backchannel led by Giuliani and Trump, who have both expressed desire for Ukraine, and other countries, to investigate things that could benefit the president as he runs for reelection, in the video “Impeachment hearings live: Public testimony from Marie Yovanovitch-Day 2“, below:

On President Trump’s actions, Chris says: “If I were a Republican I would say, ‘What happened to my god damn party?’ We used to be the good guys in the Cold War. How come this joker is on the other side … it proves he’s the bad guy.” in the video “Chris Matthews: Republicans Should Ask, ‘What Happened To My God Damn Party?’ Hardball, MSNBC“, below:

Former United States Ambassador to Russia Michael McFaul thinks that Friday’s testimony shows “Pro-Putin conduct is a theme,’ and that the GOP or White House hasn’t offered an alternate explanation for the Marie Yovanovitch’s swift removal as Ukraine ambassador, in the video “Michael McFaul On Yovanovitch’s Removal: She Was Getting In The Way Of ‘The Drug Deal,’ MSNBC“, below: