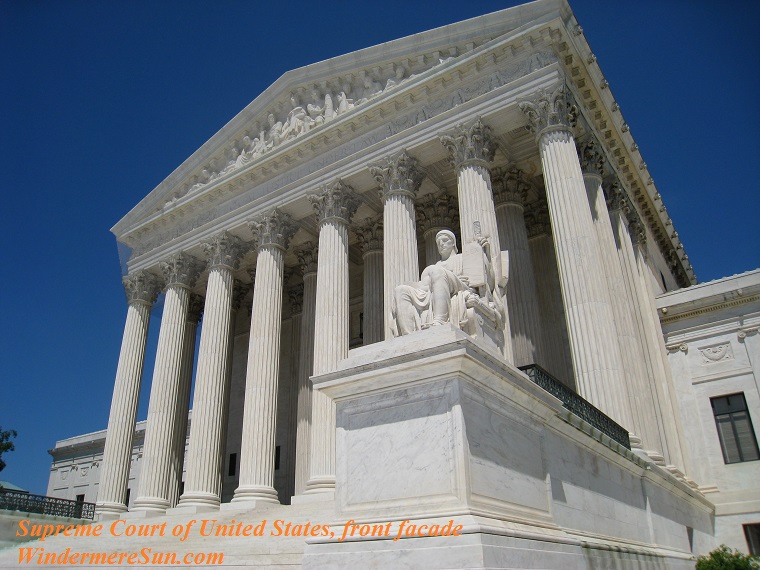 Yesterday, November 12, 2019, as the Supreme Court hears arguments on the Obama-era DACA (Deferred Action for Childhood Arrivals) program, the fate of hundreds of thousands of young undocumented immigrants who arrived in the U.S. as children hang in limbo, in the video “Supreme Court hearing arguments on DACA“, below:

The Supreme Court will hear arguments that could decide the fate of 700,000 young undocumented immigrants who came to the U.S. as children. The Trump administration is fighting to end the Deferred Action for Childhood Arrivals program, known as DACA. CBS News immigration reporter Camilo Montoya-Galvez joined CBSN to discuss the impact this could have on thousands of “Dreamers.” in the video “Supreme Court considers Trump’s DACA rejection“, below:

The Supreme Court is hearing arguments in one of its biggest cases this term, determining the future of 800,000 Dreamers. One of the authors of the program that protects them from deportation, former Homeland Security Secretary Janet Napolitano joins Stephanie Ruhle to discuss the Supreme Court should protect Dreamers, in the video “POTUS To Hear Dreamers Case Against Trump Move To End DACA, Velshi & Ruhel, MSNBC“, below:

A bare majority of the U.S. Supreme Court appeared likely on Tuesday, November 12, 2019,  to let the Trump administration follow through on its plan to shut down DACA, the federal program that has allowed nearly 800,000 young people, known as dreamers, to avoid deportation and remain in the U.S.   MSNBC’s Pete Williams reports, in the video “Supreme Court Appears Inclined To Let Trump End DACA Program, Velshi & Ruhle, MSNBC“, below:

Several thousand demonstrators, including groups from New Jersey, gathered on the steps of the Supreme Court to rally against President Trump’s attempt to end DACA, in the video “New Jersey ‘Dreamers’ rally in Washington as Supreme Court could let Trump end DACA program“, below:

Two years ago, in September of 2017, the Trump administration has announced it is phasing out the Deferred Action for Childhood Arrivals (DACA) program over the next six months, leaving the fates of Dreamers in the hands of Congress, in the video “Trump administration announces plan to end DACA“, below