Seal of the United States Court of Appeals for the Federal Circuit (Presented at: WindermereSun.com) 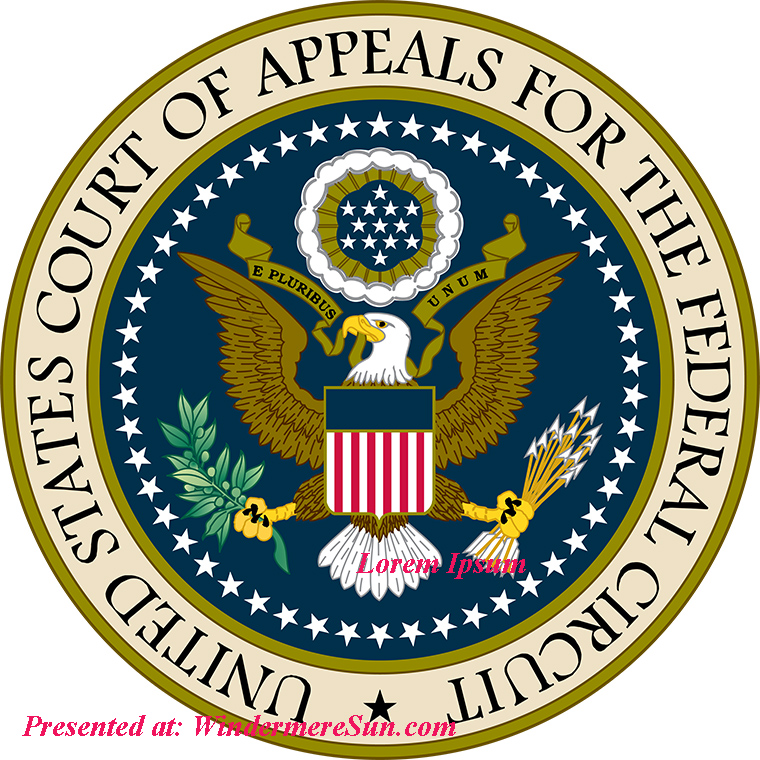 Seal of the United States Court of Appeals for the Federal Circuit (Presented at: WindermereSun.com)

A federal appeals court in New York court of New York ruled today, November 4, 2019, President Donald Trump’s tax returns can be turned over to state criminal investigators by his personal accountant. The ruling by the 2nd U.S. Circuit Court of Appeals is certain to be further appealed; lawyers for the president promised to do so and the three-judge appeals panel predicted it. In the written decision, the judges said they only decided whether a state prosecutor can demand Trump’s personal financial records while the president is in office. The appeals court said it did not consider whether the president is immune from indictment and prosecution while in office or whether the president may be ordered to produce documents in a state criminal proceeding. The 2nd Circuit Chief Judge Robert A. Katzmann wrote,“We hold that any presidential immunity from state criminal process does not bar the enforcement of such a subpoena.”. The decision upholds a lower-court ruling rejecting Trump’s lawsuit seeking to block his accountant from letting a grand jury see his tax records from 2011. Manhattan District Attorney Cyrus R. Vance Jr. sought the records in a broader probe that includes payments made to buy the silence of two women, porn star Stormy Daniels and model Karen McDougal, who claim they had affairs with the president before the 2016 presidential election. Trump has denied them. In the video “Trump Can’t Block New York District Attorney’s Tax Subpoena“, below: