Cause of FIU Pedestrian Bridge Collapse, Based On NTSB Investigation 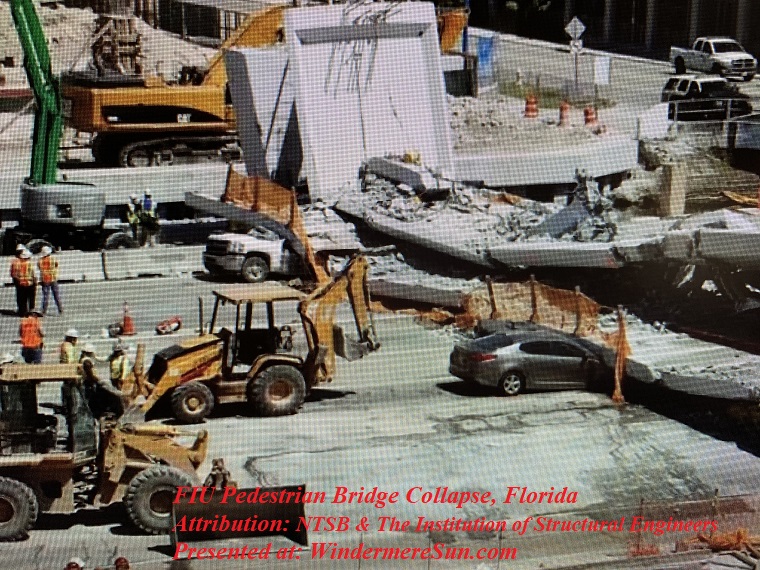 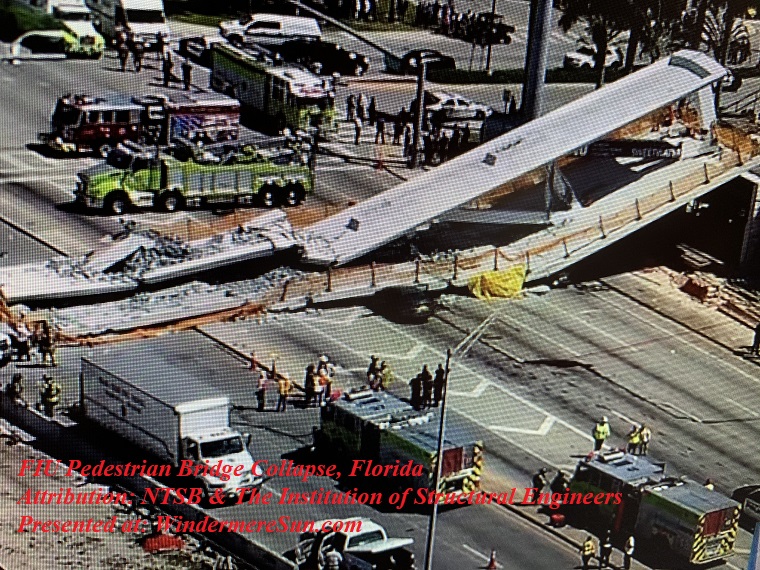 At the request of one of our readers regarding our 2018 posts, New Pedestrian Bridge at FIU Collapsed This Afternoon, I searched and am posting several videos and the National Transportation Safety Board (NTSB)’s recent news release, Load, Capacity Calculaton Errors, Inadequate Peer Review Led to Pedestrian Bridge Collapse, in italics, below:

Cracks in complicated engineer’s design the “probable cause” of FIU bridge collapse, National Transportation Safety Board states at hearing in Washington, D.C., in the video “NTSB: Known cracks primarily to blame for FIU bridge collapse“, below:

A flawed design and failure to close a cracked bridge and street was part of a massive oversight failure that contributed to a deadly bridge collapse at Florida International University in March of 2018, in the video “NTSB Multiple failures contributed to deadly FIU bridge collapse“, below:
The video “FIU Pedestrian Bridge Collapse, Florida“, by The Institution of Structural Engineers, below:
Gathered, written, and posted by Windermere Sun-Susan Sun Nunamaker More about the community at www.WindermereSun.com