What Does Charles Kupperman’s Not Showing Up Mean? 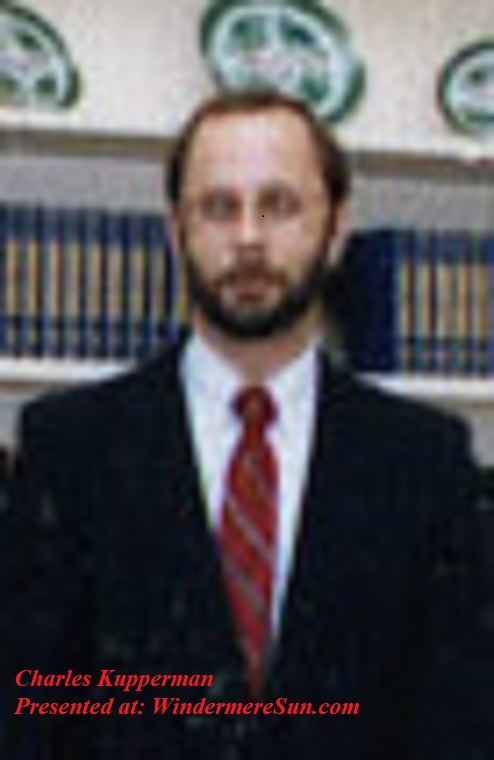 On Monday morning, October 28, 2109, Charles Kupperman, the former United States Deputy National Security Advisor for President Donald Trump, defied a Congressional subpoena by not showing up. Instead, Kupperman filed a law suit with a district court in DC on Friday night, October 25, 2019, asking the judicial branch to weigh in on whether his obligation is to honor a congressional subpoena or to order from the executive branch not to testify. Mr. Kupperman is the first person seeking guidance from the judicial branch, given the fact that the executive branch is interfering with the investigation conducted by the legislative branch. Mr. Kupperman is actually doing everything by the book in seeking clarification of the law. Hopefully, the judicial branch will expedite the process and prevent any one else from not showing up in the future. It is also understandable that House Intelligence Committee chair Adam Schiff is getting impatient. So be sure to view the video “Pelosi’s ‘Baller Move’: Trump Will Be Impeached, The Beat With Ari Melber, MSNBC” at the end of this post.

Democrats have made it clear that they will not wait for prolonged court battles over testimony or subpoena for documentations. If a witness does not show up or honor a subpoena, Democrats indicate that they will use that as evidence of obstruction.

House Intelligence Committee chair Adam Schiff, D-Calif., said a witness’ failure to appear before lawmakers in the impeachment inquiry indicates his testimony would have corroborated other accounts of wrongdoing by President Donald Trump. “It is also very plain additional and powerful evidence of obstruction of Congress and its lawful function by the president,” Schiff said after Charles Kupperman, the former deputy national security adviser, defied a congressional subpoenaon Oct 28. The White House had directed Kupperman not to testify, and Kupperman has asked a district court judge to decide whether he must comply with those orders or the subpoena, in the video “WATCH: Kupperman’s no-show in impeachment inquiry is evidence of Trump’s obstruction, Schiff says“, below:

Former Trump Deputy National Security Adviser Kupperman does not show for impeachment inquiry testimony before House committees on Monday morning, in the video “Key Impeachment Witness Who Was On Ukraine Call Does Not Show For Testimony, Hallie Jackson, MSNBC“, below:

House Intelligence Committee Chairman Adam Schiff (D-Calif.) and Republicans speak to reporters after Charles Kupperman, who served as a deputy to former national security adviser John Bolton, failed to show up for a closed-door deposition in the House impeachment inquiry, in the video at 12:41, 25:00,  of “Watch live: Schiff, Republicans speak to reporters after Kupperman fails to appear for deposition“, below:

9 other witnesses have shown for testimony. Failure to appear for a closed-door deposition in the House impeachment inquiry may invite contempt of the court and built a powerful case against the President for obstruction.

Chairman Schiff tells reports that if more witnesses are instructed by the White House and fail to appear before the impeachment committees, “they will be building a very powerful case against the president for obstruction, an article of impeachment based on obstruction.” in the video “Schiff: Kupperman’s Failure To Appear Could Warrant Contempt Proceeding, Hallie Jackson, MSNBC“, below:

House Democrats announcing new strategies to prevent Trump officials from stonewalling their impeachment probe. Speaker Pelosi announcing a full floor vote authorizing the probe and a new plan to confront witnesses who try to bail on testimony, like a top Trump security official Charles Kupperman, who skipped a scheduled deposition. Former Acting Solicitor General Neal Katyal joins Ari Melber for “Opening Arguments” on “The Beat.” in the video “Pelosi’s ‘Baller Move’: Trump Will Be Impeached, The Beat With Ari Melber, MSNBC“, below: