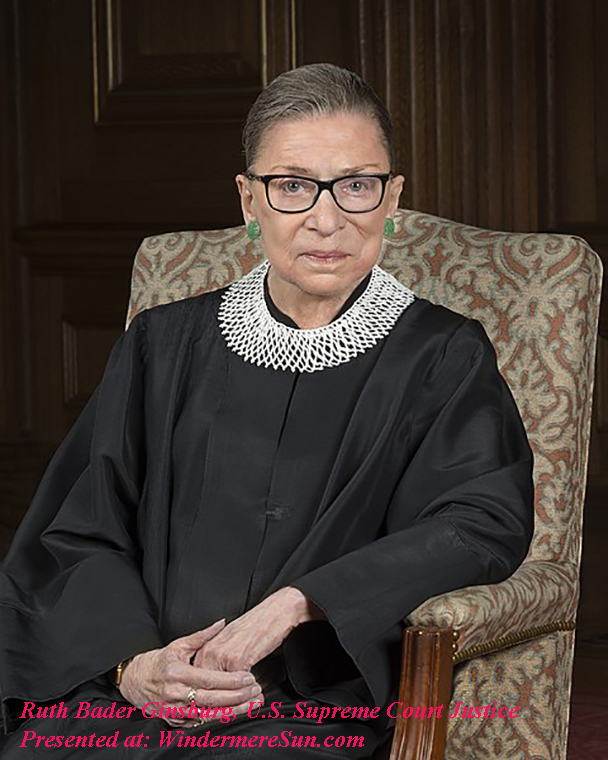 This year, in 2019, the Berggruen Prize recipient is Supreme Court Justice Ruth Bader Ginsburg. The Berggruen Prize is a US$1-million award given each year to a significant individual in the field of philosophy. It is awarded by the Berggruen Institute to “thinkers whose ideas have helped us find direction, wisdom, and improved self-understanding in a world being rapidly transformed by profound social, technological, political, cultural, and economic change.”  Justice Ginsburg will receive a trophy designed by Chinese artist Cai Guo-Qiang at a private ceremony in New York on Dec. 16, 2019, and plans on donating the cash to charities and nonprofits. The Berggruen Prize was first awarded in 2016 with the overt purpose of becoming a ” Nobel prize for philosophy”.

Excerpt on the topic of Ruth Bader Ginsburg from wikipedia, in italics, below:

Ginsburg spent a considerable part of her legal career as an advocate for the advancement of gender equality and women’s rights, winning multiple victories arguing before the Supreme Court. She advocated as a volunteer lawyer for the American Civil Liberties Union and was a member of its board of directors and one of its general counsels in the 1970s. In 1980, President Jimmy Carter appointed her to the U.S. Court of Appeals for the District of Columbia Circuit, where she served until her appointment to the Supreme Court. Ginsburg has received attention in American popular culture for her fiery liberal dissents and refusal to step down; she has been dubbed “The Notorious R.B.G.” in reference to the late rapper known as “The Notorious B.I.G.“.[2]

UC Hastings Professor Joan Williams welcomes U.S. Supreme Court Associate Justice Ruth Bader Ginsburg for a conversation that touches on a broad range of subjects, from opera to marriage to work/life balance, doctrinal questions, and cases from the 1970’s to present, including the court’s role in establishing individual rights and equal protection, in the video “Legally Speaking: Ruth Bader Ginsburg“, below:

In the video “Conversation with Ruth Bader Ginsburg: US Supreme Court Justice Live at Chicago“, below:

Rathbun Visiting Fellow 2017, Ruth Bader Ginsburg, Associate Justice of the Supreme Court of the United States, shares her vision for a meaning life while in conversation with The Rev. Professor Jane Shaw, Dean for Religious Life, on February 6, 2017 in Stanford Memorial Church. The Rathbun Lecture on a Meaningful Life honors the late Stanford Law School Professor Harry Rathbun, in the video “Stanford Rathbun Lecture 2017-Ruth Bader Ginsburg“, below: