GOP Rep.Francis Rooney Of Florida Will Not Run For Re-election 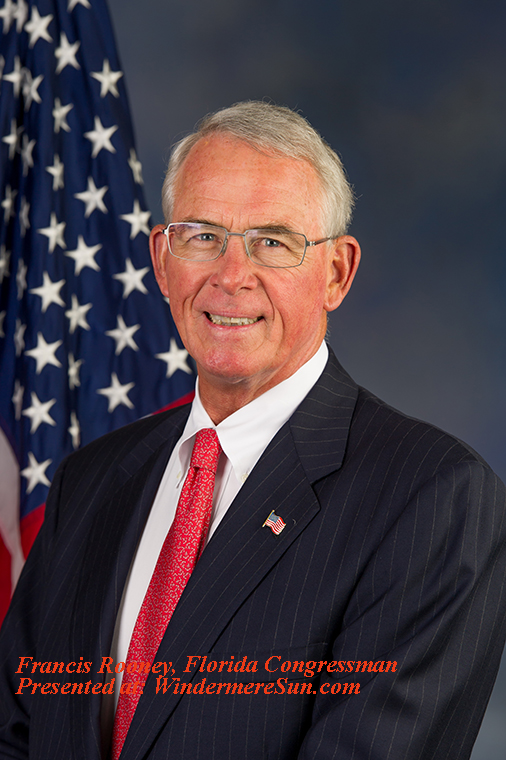 In the video “Florida GOP lawmaker who’s undecided on impeaching Trump decides not to seek re-election, US News“, below:

Rep. Francis Rooney (R-FL) said he had not yet come to a conclusion on whether President Trump committed an act that compels his removal from office just before announcing he would be retiring, in the video “Republican Congressman says he’s retiring after waivering on impeachment“, below:

For better understanding of what Congressman Francis Rooney has accomplished, please view videos below:

Please also view the video “Rules Committee Hearing H.R. 6157 Amendment” of Congressman Francis Rooney to prohibit funds from going to exploration or drilling in the Eastern Gulf of Mexico (East of the military mission line)-this is an opportunity to protect Florida from the existential threat which offshore drilling poses to our tourism and recreational economy, below:

For more on Francis Rooney, please refer to the excerpt from wikipedia, below:

Laurence Francis Rooney III (born December 4, 1953) is an American politician and diplomat who is the U.S. Representative for Florida’s 19th congressional district. A Republican, he served as the United States Ambassador to the Holy See from 2005 until 2008.

Rooney is the former CEO of Rooney Holdings (formerly known as Rooney Brothers Company), an investment and holding company based in Naples, Florida. With a net worth of $22.6 million, Rooney is one of the wealthiest members of Congress.[2]