Withdrawing From Syria Was A Mistake-Americans Need To Be Concerned 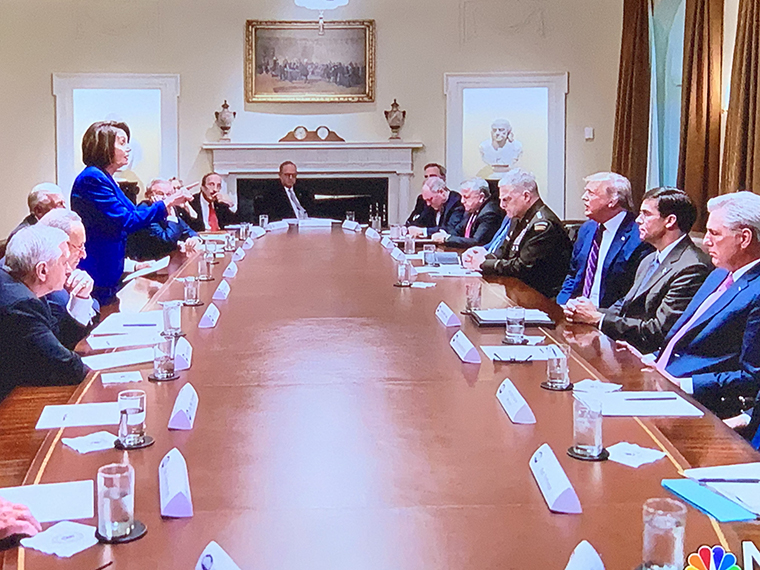 On Wednesday, October 16, 2019, leading Democrats Chuck Schumer, Nancy Pelosi and Steny Hoyer spoke after a meeting with President Trump over his decision to pull troops from Syria, in the video “Nancy Pelosi: Trump had a meltdown in meeting“, below

On Thursday, October 17, 2019, the Morning Joe panel continues its discussion on the situation in Syria, Trump’s own words on the Syria situation and the president’s relationship with Turkish President Erdogan, in the video “Worst-Case Scenarios Come True In Syria, Morning Joe, MSNBC“, below:

Mitch McConnell wrote an opinion piece in The Washington Post, stating that “Withdrawing from Syria is a grave mistake.”

U.S. Vice President Mike Pence hailed a deal he reached with Turkish President Recep Tayyip Erdogan in Ankara as a temporary cease-fire in Turkey’s military assault against Kurdish fighters in northern Syria. But some former national security officials and lawmakers are rejecting the deal, criticizing the Trump administration for abandoning its long-time Kurdish allies that fought against the Islamic State in Iraq and Syria. VOA’S Diplomatic Correspondent Cindy Saine reports from Washington, in the video “Pence: Turkey Agreed to a 5-Day Cease-fire in Syria“, below:

Turkey is agreeing to stop its offensive against the Kurds for five days, giving them time to withdraw from the region, but it’s unclear if either side is going to comply. Former Assistant Secretary of State P.J. Crowley and former NSC Syria and Lebanon Director under Obama Hagar Chemali join Stephanie Ruhle to break down how the cease-fire is resonating in Syria and what happens next, in the video “Fighting Continues On Syria-Turkey Border Despite Ceasefire, Velshi & Ruhle, MSNBC“, below:

In The New York Times, under the title “Our Republic Is Under Attack From the President”, William H. McRaven stated, “If our promise are meaningless, how will our allies ever trust us? If we can’t have faith in our nation’s principles, why would the men and women of this nation join the military? And if they don’t join, who will protect us? If we are not the champions of the good and the right, then who will follow us? And if no one follows us where will the world end up?”

Syndicated columnist Mark Shields and New York Times columnist David Brooks join Judy Woodruff to discuss the week’s political news, including how the impeachment inquiry is affecting President Trump’s support among Republicans, fallout from Trump’s handling of northern Syria and the military advance by Turkish President Recep Tayyip Erdogan and the changing dynamics of the 2020 presidential race, in the video “Shields and Brooks on Trump’s Syria ‘blunder’, impeachment outlook“, below:

President Erdogan insisted the Turkish offensive would resume if any Kurdish fighters remained in place. He also said he would not forget the undiplomatic tone of President Trump’s controversial letter, in the video “Turkey’s Erdogan: U.S. Must Keep Its Promises In Syria, NBC News“, below: