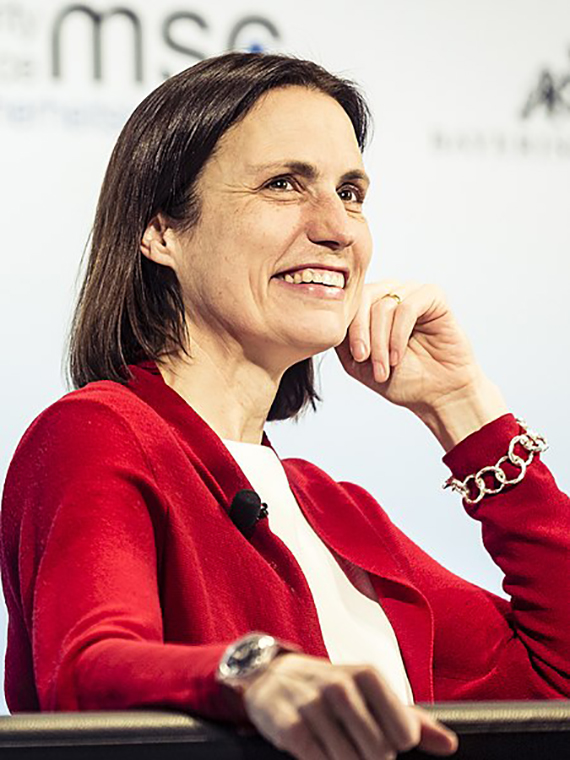 Fiona Hill, Former Special Assistant to the President and Senior Director for European and Russian Affairs, https://creativecommons.org/licenses/by/3.0/de/deed.en, Presented at: WindermereSun.com)

Correspondence between Fiona Hill’s lawyers and White House Deputy Counsel Michael Purpura obtained by NBC News show that the White House tried to limit what Fiona Hill could say to Congress by raising the issue of executive privilege. Hill’s lawyers argued why they did not believe that was the case. Also, NBC News has new details of what Ambassador Gordon Sundland is expected to say in his Thursday deposition. Lawrence O’Donnell discusses the developments with Rep. Harley Rouda, Evelyn Farkas, and Josh Lederman, in the video “NBC News: WH Tried To Limit Testimony For Former Trump Russia Adviser, The Last Word, MSNBC“, below:

Congressman Adam Schiff, chairman of the House Intelligence Committee, offers his view of the latest in Syria, the ongoing impeachment inquiry into President Trump and contact between his committee’s staff and the whistleblower, in the video “Rep. Adam Schiff says he “should have been more clear” about staffer’s contact with whistleblower“, below:

In a special report, “Trump and Ukraine: The Impeachment Crisis,” Ari Melber sifts through the evidence Democrats are examining against Donald Trump and delves into the history of how the House drew up impeachment articles against Richard Nixon, and whether the same precedents of abuse of power apply, in the video “New Clues On How Congress May Write Trump Impeachment Charges, The Beat With Ari Melber, MSNBC“, below:

Amy Walter of the Cook Political Report and NPR’s Domenico Montanaro join Amna Nawaz to analyze the latest political news, including public support for the impeachment inquiry, how Republicans feel about President Trump’s Syria troop withdrawal and what to look for in Tuesday’s Democratic debate, in the video “Amy Walter and Domenico Montanaro on voters’ impeachment views, GOP backlash to Syria move“, below:

Rachel Maddow reports on the latest developments in the criminal investigations into Donald Trump’s associates in his Ukraine scheme, and the latest details in testimony to the Trump impeachment inquiry, in the video “Giuliani Role In President Donald Trump Ukraine Scheme Develops New Twists, Rachel Maddow, MSNBC“, below: