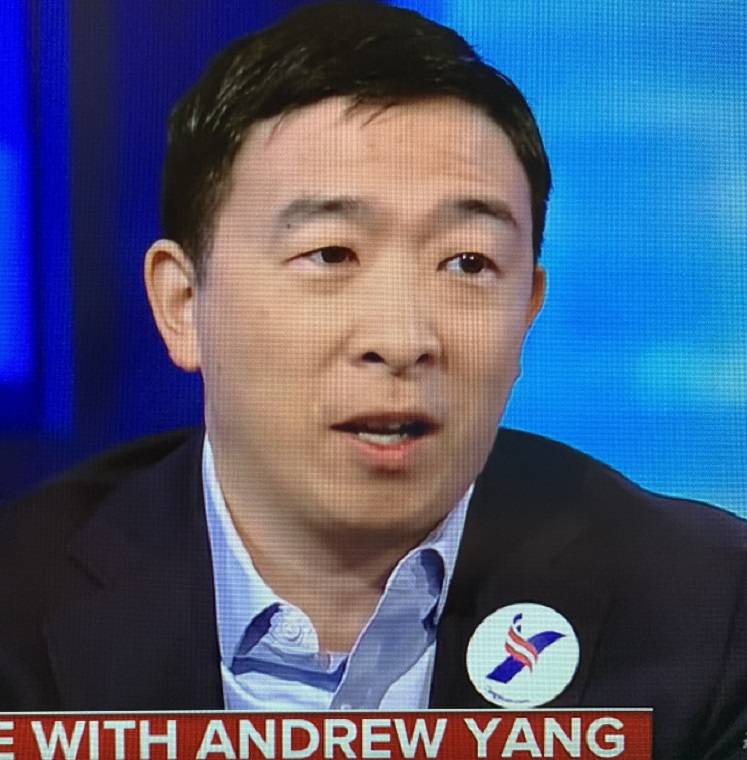 Remember that 2020 Democratic presidential candidate who wants to give every American age 18+ $1000 per month, no question asked, and is with a platform of solutions at yang2020.com/policies ? Yes, Andrew Yang has been doing very well at the poll as well as at fundraising!

Andrew Yang is the Internet’s Favorite, who wants to build an economy that would actually work for Americans, and restructure the incentive factor for healthcare such as value-added medicine via preventive care and public option that would also include private health insurance. Ultimately, Andrew Yang’s Freedom Dividend of $1000 per month for all adult Americans would definitely help to improve the health of Americans by decreasing stress, improving food quality, and more time with family.

In this episode of the Portal, Eric checks in with his friend Andrew Yang to discuss the meteoric rise of his candidacy; one that represents an insurgency against a complacent political process that the media establishment doggedly tries to maintain. Andrew updates Eric on the state of his campaign and the status of the ideas the two had discussed as its foundation when it began. Eric presents Andrew with his new economic paradigm; moving from an ‘is a [worker]’ economy to a ‘has a [worker]’ economy. The two also discuss neurodiverse families as a neglected voting block, the still-strong but squelched-by-the-scientific-establishment STEM community in the US, and the need to talk fearlessly – and as a xenophile – about immigration as a wealth transfer gimmick, in the video “Andrew Yang on “The Portal”, Episode #008: The Different Candidate the Media Wants You to Ignore“, below:

And one of my all time favorite interviews of Andrew Yang is an American entrepreneur, the founder of Venture for America, and a 2020 Democratic presidential candidate with Joe Rogan, in the video “Joe Rogan Experience #1245-Andrew Yang“, below:

Andrew Yang is a long shot presidential candidate that’s turned into a sort of political phenomenon. His rallies are filled with chants about math, crowd surfing, and pyrotechnics. His agenda is ambitious and unique. He wants to give every American $1,000 a month–regardless of their income. He calls it the “Freedom Dividend.” We talk to him about that, his California strategy, climate change, and more. Then, a special sports themed panel on “The Issue Is:” With us: Ben Lyons, Ramona Shelburne, and Arash Markazi. We talk about California’s new law that allows NCAA athletes to profit off their likeness. Plus, athletes’ new power in negotiating, and the enduring popularity of wrestling, in the video “The Issue Is….Andrew Yang, Ben Lyons, Ramona Shelburne, Arash Markazi“, below: