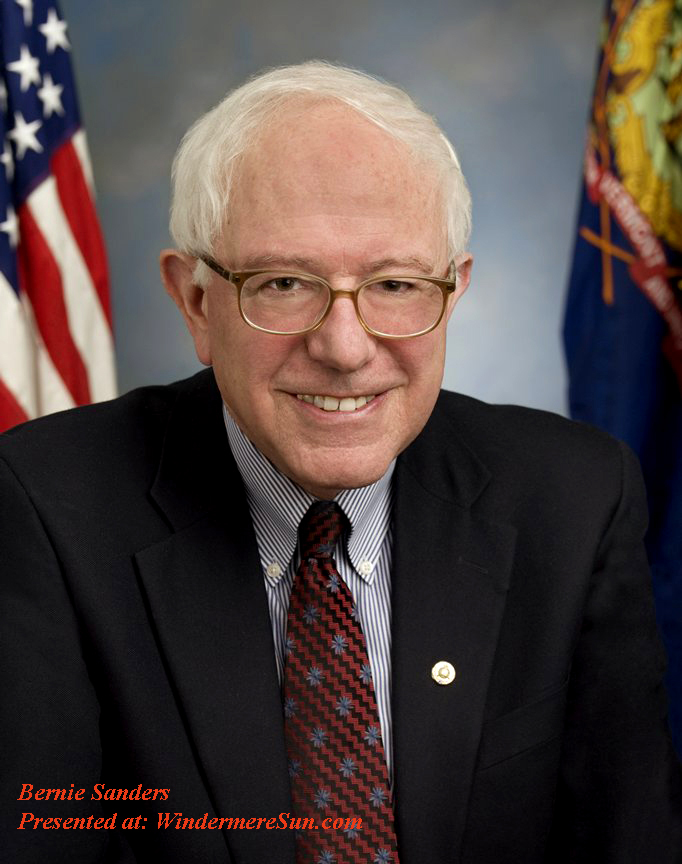 Bernie Sanders boarded a private plane, Saturday, October 5, in Las Vegas, Nevada. He later arrived at his home in Burlington, Vermont, where he was greeted by his family. Democratic presidential candidate Bernie Sanders is back at his Vermont home after being treated for a heart attack in Las Vegas. The plane carrying the 78-year-old senator arrived in Vermont just before 6 p.m. Saturday, one day after he was released from a hospital. As he left the airport he told reporters “I’m feeling great, thank you.” in the video “Bernie Sanders Leaves Las Vegas, Boards Plane Headed for Vermont“, below:

Sen. Bernie Sanders is out of the hospital after his campaign says he suffered a heart attack earlier this week. NBC’s Sam Brock reports for Weekend TODAY, in the video “Bernie Sanders Released From The Hospital After Heart Attack, TODAY“, below: