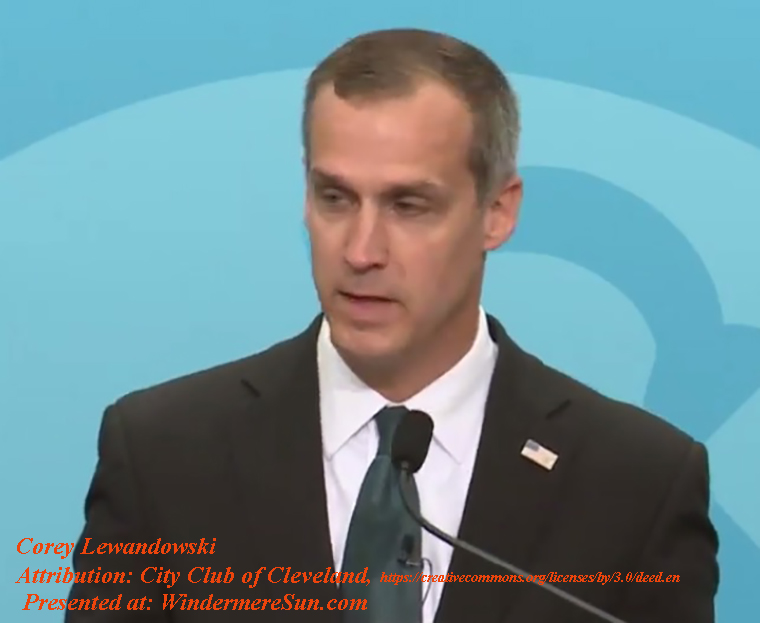 Former Trump campaign manager Corey Lewandowski testified before the House Judiciary Committee on Tuesday, September 17, 2019 for the first impeachment-non-impeachment hearing. House Democrats called former Trump aide, Corey Lewandowski, their first official witness in the impeachment probe of potential obstruction of justice by President Trump. Lewandowski stonewalled many of his answers, citing “executive branch privilege.” Former federal prosecutor Maya Wiley says Lewandowski is a “ride or die” and stuck to his position which was “’I was not told to do anything illegal.’” in the video “Lewandowski Goes ‘Ride Or Die’ For Trump At Impeachment Hearing, The Beat With Ari Melber, MSNBC“, below:

Ahead of his appearance, the White House had instructed Lewandowski to discuss only matters covered in special counsel Robert Mueller’s Russia report — and indeed, Lewandowski refused to answer numerous questions from members of the committee. Lisa Desjardins joins Judy Woodruff to discuss, in the video “Lewandowski frustrates Democrats with short responses in House Judiciary Committee hearing“, below:

On Tuesday, September 17, 2019, in front of the House Judiciary Committee, former Trump campaign manager Corey Lewandowski said: “We as a nation would be better served if elected officials like you concentrated your efforts to combat the true crises facing our country as opposed to going down rabbit holes like this hearing.” in the video “Corey Lewandowski Opening statement“, below:

Former Trump campaign manager Corey Lewandowski speaks out after 5 hour testimony in front of the House Judiciary Committee, in the video “Lewandowski fires off after grueling 5-hour House testimony“, below:

CNN’s Erin Burnett speaks with Rep. Eric Swalwell (D-CA) about his heated exchange with former Trump campaign manager Corey Lewandowski during testimony in front of the House Judiciary Committee, in the video “Burnett: Neither side looked good during Lewandowski hearing“, below:

Rep. Greg Stanton, D-Ariz., questioned former Trump campaign manager Corey Lewandowski during his Sept. 17 testimony before the House Judiciary Committee. Lewandowski was one of the people featured in special counsel Robert Mueller’s probe of Russian meddling during the 2016 election, including in Mueller’s investigation of possible obstruction of justice by President Donald Trump. Mueller chose not to offer a conclusion on the question of obstruction. Democratic lawmakers have led congressional efforts to investigate the matter further, in the video “WATCH: Rep. Greg Stanton’s full questioning of Corey Lewandowski, Lewandowski hearing“, below:

The goal of Democrats at this obstruction of justice hearing was to uncover facts about potential obstructions, but the key witness Corey Lewandowski was covering facts rather than providing them. It does not look good for Trump, for Trump had asked Lewandowski to ask Jeff Sessions to drop the investigation, an obstructive act.

Lewandowski’s testimony was essentially composed of insults to people and not answering questions. There were multiple calls to find him in contempt. But in essence, Lewandowski confirmed the facts in Mueller report:

Congresswoman Sheila Jackson Lee of the Judiciary Committee weighs in, in the video “‘Impeachment’ Hearings Begin, All In, MSNBC“, below:

At the Judiciary Committee obstruction of justice hearing, witness and former trump campaign, Corey Lewandowski was confronted with a clip of his appearance on “The Beat with Ari Melber,” in which he made a false statement about his role in alleged obstruction by President Trump, after admitting he did under oath to Mueller. Lewandowski says ‘I have no obligation to be honest with the media because they are just as dishonest as anybody else’ but under oath he is always a “truth-teller.” Former U.S. Attorney Joyce Vance tells Ari “Lewandowski was forced to admit that he had been untruthful,” adding the “statement he made on your show was before he received immunity” he only “testified truthfully to Mueller after he was given immunity.” in the video “House Dems Confront Trump Aide Lewandowski Over Lying On MSNBC, The Beat With Ari Melber, MSNBC“, below: