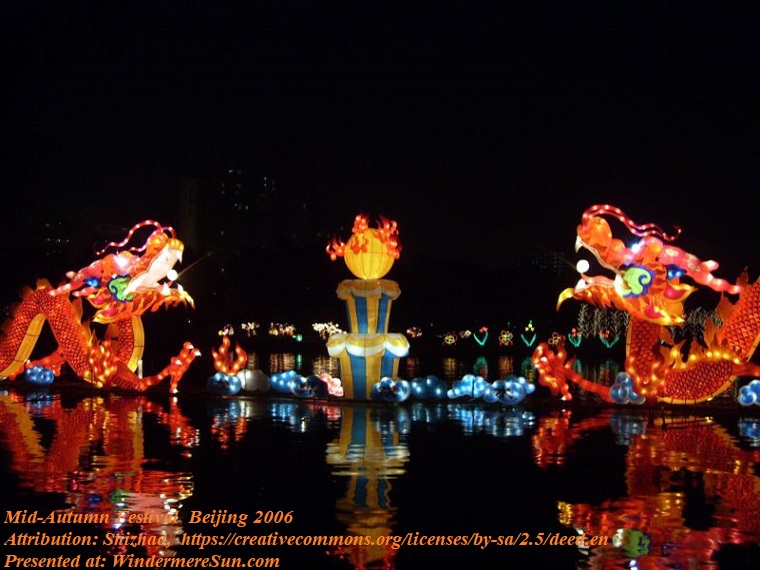 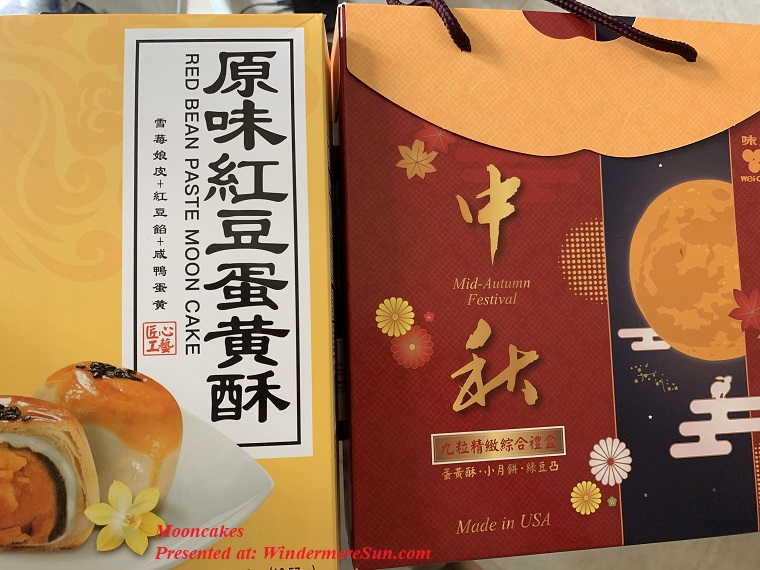 Since late August, one would find towers of great variety of mooncakes, beautifully packaged in all Asian supermarkets. The Mid-Autumn Festival/season is here!

This weekend, here in Central Florida, there will be Mid-Autumn Festival celebration at:

Below, you will find an excerpt from wikipedia, in italics, about Mid-Autumn Festival:

The Mid-Autumn Festival is a harvest festival celebrated notably by the Chinese and Vietnamese[2][3] people. It relates to Chuseok (in Korea) and Tsukimi (in Japan). The festival is held on the 15th day of the 8th month of the lunar calendar with a full moon at night, corresponding to mid September to early October of the Gregorian calendar.[2]

Mooncakes, a rich pastry typically filled with sweet-bean or lotus-seed paste, are traditionally eaten during the festival.[4][5][6][7][8]

The festival celebrates three fundamental concepts that are closely connected:

Traditions and myths surrounding the festival are formed around these concepts,[11] although traditions have changed over time due to changes in technology, science, economy, culture, and religion.[11] It’s about well being together.

The Mid-Autumn Festival is also known by other names, such as: