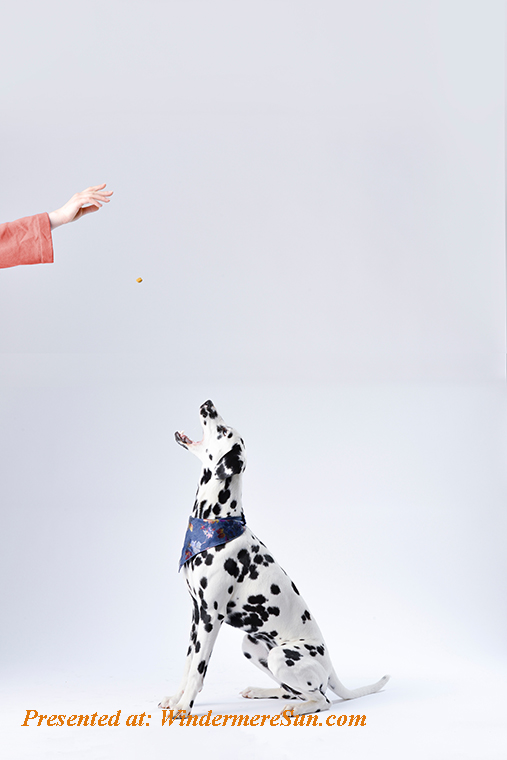 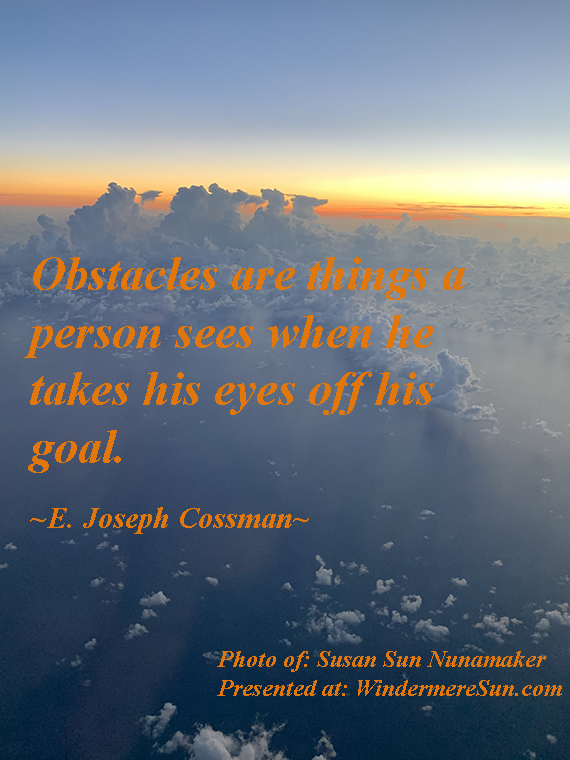 Quote of 9/14/2019, “Obstacles are things a person sees when he takes his eyes off his goal.” (Quote of: E. Joseph Cossman, Photo of: Susan Sun Nunamaker, Presented at: WindermereSun.com)

Looking up and opening for the treat!

Quote of 9/14/2019, “Obstacles are things a person sees when he takes his eyes off his goal.” (Quote of: E. Joseph Cossman, Photo of: Susan Sun Nunamaker, Presented at: WindermereSun.com)

E. Joseph Cossman once said, “Obstacles are things a person sees when he takes his eyes off his goal.“

To find out more about E. Joseph Cossman, please refer to the excerpt from encyclopedia.com, in italics, below:

OBITUARY NOTICE—See index for CA sketch: Born April 13, 1918, in Pittsburgh, PA; died of complications from a stroke December 7, 2002, in Palm Springs, CA. Businessman and author. Cossman was an entrepreneur who was the creator of the ant farm. He also made millions of dollars selling various novelties and conducting sales seminars. He started his career before World War II as a door-to-door salesman. From 1941 to 1945 he served in the U.S. Army, and in 1946 he cofounded his own mail order company, E. Joseph Cossman & Co., with his brother-in-law, Milton Levine. They sold novelty items around the country and also sold soap to customers in Europe. During the 1950s Cossman came up with his ant farm idea, which became an extremely successful product sold to children all across the country. Cossman’s other innovation was a fishing lure that smells like meat. Other than these two inventions, the products he sold were invented by others, including items such as fake shrunken heads. Cossman sold his half of the company to Levine in 1965 and embarked on a second career conducting seminars and selling books on how to become rich as an entrepreneur; he also was among the first to use the television infomercial, creating half-hour programs that helped to sell his seminar courses. Cossman was president of Cossman International, Inc., and founder and president of the American Institute of Marketing in Los Angeles. His books include How I Made $1,000,000 in Mail Order (1964) and Making It!: Wealth-building Secrets from Two Great Entrepreneurial Minds (1994), the latter which he wrote with his son, William A. Cohen.