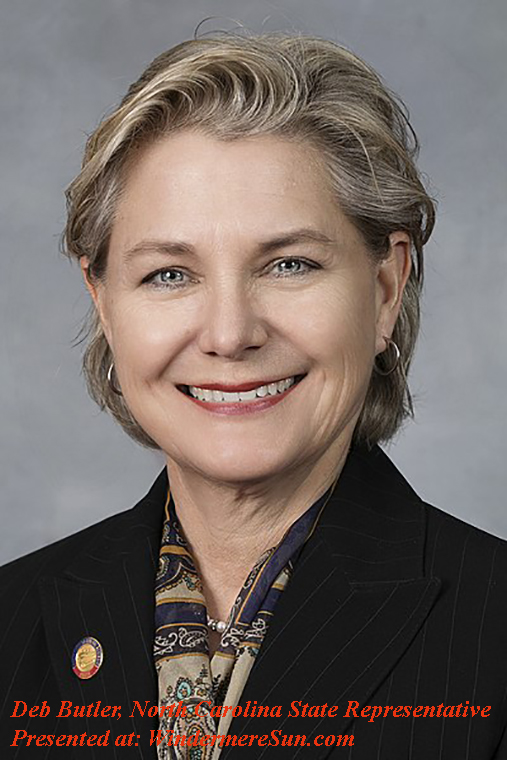 Democratic State Rep. Deb Butler voiced her outrage after House Republicans in North Carolina called a surprise vote to override the governor’s budget veto while most Democrats were not present. Deb Butler tells Lawrence O’Donnell she will keep fighting in an exclusive interview, in the video “Exclusive: NC State Rep. Deb Butler: “I Will Not Yield”, The Last Word, MSNBC“, below:

House Speaker Tim Moore called a surprise vote to overturn Democratic Governor Roy Cooper’s veto of the state budget just after a session opened at 8:30 a.m. on Wednesday, September 11, 2019. Democratic lawmakers and the media had been told by Republican leaders that there would be no vote in the morning. But there were enough Republicans aware of the secret plan, with only 64 of the House’s 120 members present, the vote to override passed 55-9. Under the title of “NC Republicans’ shameless theft of democracy“, The Charlotte Observer described the situation as  “a stunning display of contempt for democracy” and “Not only was the House vote dishonest, it was carried out by a Republican majority that courts have repeatedly found to have gained seats through illegal gerrymandering. It was an illegitimate majority acting in an unethical way.”

Representative Deb Butler rose to object but was not recognized to speak by the speaker. Republican turned off her microphone, so she continued to try to switch to a microphone that would work. Republican called the capital police to the chamber and her Democratic colleagues surrounded Rep. Butler to protect her from being arrested for exercising her rights as a Representative of North Carolina.