How Walmart Deals With Mass Shootings 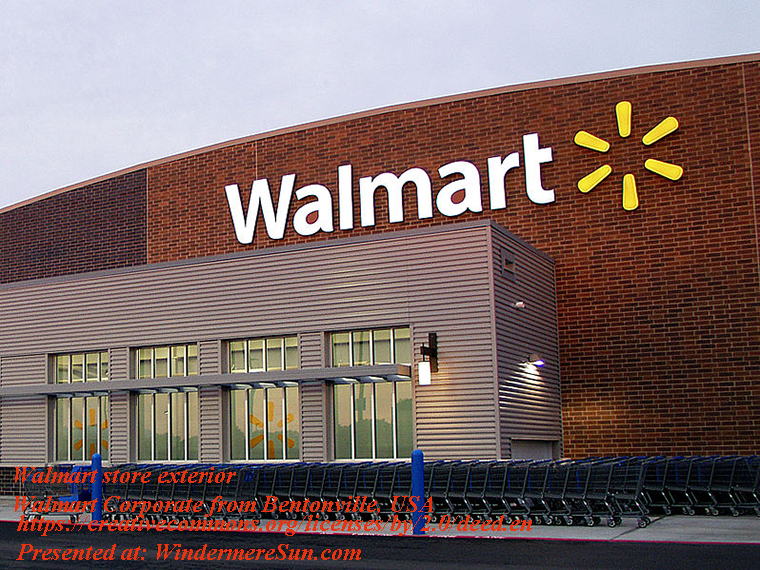 As a result of shootings at El Paso, TX, and Dayton, OH, Walmart is making some changes, below:

About 2 weeks ago, Walmart’s new video game policies following a mass shooting at one of its stores now extends to game sales, in the video “Walmart Reportedly Removing Violent Game Ads, Will Still Sell Guns-IGN Now“, below:

Two days ago, on Tuesday, Sep. 3, 2019, a month after 22 people were fatally shot at a Walmart in El Paso, Texas, Walmart is requesting that customers refrain from openly carrying guns into its stores. The company also plans to stop selling some types of ammunition and end handgun sales in Alaska, in the video “Walmart changes gun ammunition sales policy“, below:

Two days ago, on Tuesday, Sep. 3, 2019, Walmart stopped ammo and gun sales in addition to not allowing open carry in their stores, in the video “Walmart Stops Ammo And Gun Sales“, below:

Walmart is discontinuing sales of some firearms and updated its gun policy. CNBC’s Sue Herera reports, in the video “Walmart to stop selling short-barrel rifle ammunition“, below:

Walmart Inc. will stop selling some types of ammunition and ask customers to not openly carry firearms in its aisles in the wake of two deadly shootings in its stores that pressured the nation’s largest retailer to alter its gun-sales policies. Bloomberg’s Matthew Boyle reports on “Bloomberg Markets.” in the video “What Walmart’s Curtailed Ammunition Sales Means for Their Bottom Line“, below:

Walmart announced it will stop selling some ammunition sales and ask customers to not openly carry guns, even in states like Washington, where it’s allowed, in the video “Washington residents react to Walmart’s decision on open carry guns and some ammo sales“, below: