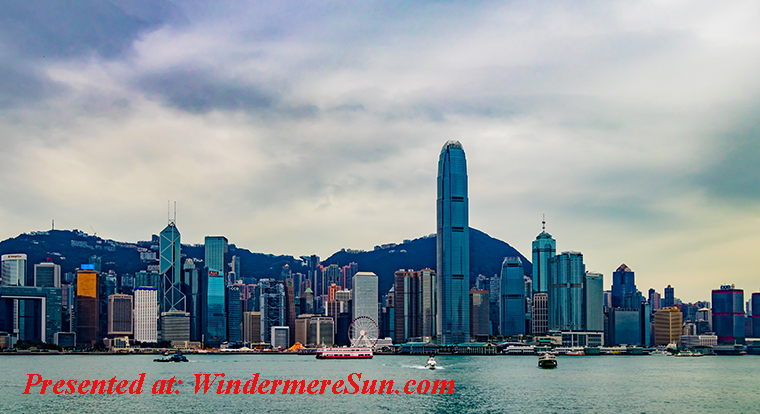 China had yet to respond to the issue of the leaked recording of Hong Kong Chief Executive Carrie Lam, who was heard saying she would quit if she had a choice. But Beijing had thrown its full support behind the embattled leader. The recording was made during a private lunch. For her part, Mrs Lam was insisting she did not discuss resigning with Beijing and said it was her choice to stay on as Hong Kong leader, in the video “China yet to respond to leaked recording of Hong Kong’s Carrie Lam“, below:

Beijing had yet to respond to a leaked recording of Hong Kong’s Chief Executive Carrie Lam, who was heard to saying she would quit if she had a choice. Mr Adam Ni, China researcher at Macquarie University in Sydney, discussed more with CNA, in the video “Quitting would have personal ramifications for Hong Kong’s Carrie Lam: Expert“, below:

In a weekend where Hong Kong saw its worst violence yet, Sky’s Alex Crawford witnessed how quickly things escalated, including confronting a riot police officer, in the video “The night Hong Kong burned“, below:

Flights canceled, train station smashed in Hong Kong on another violent weekend of protests “Hong Kong experiences its most intense clashes since protests started“, below:

A boycott by Hong Kong students on the first day of a new school term follows a weekend marred by some of the worst violence since unrest escalated more than three months ago, in the video “Hong Kong protests: Students boycott classes on first day of school“, below:

Tens of thousands of students in Hong Kong boycotted the first day of classes as part of a citywide strike following a violent weekend of demonstrations, “Hong Kong students and workers on strike after weekend of violence“, below: