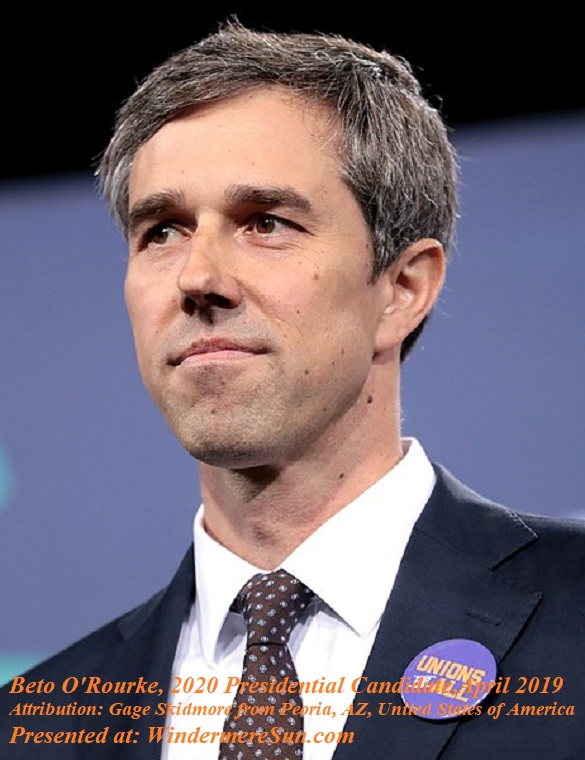 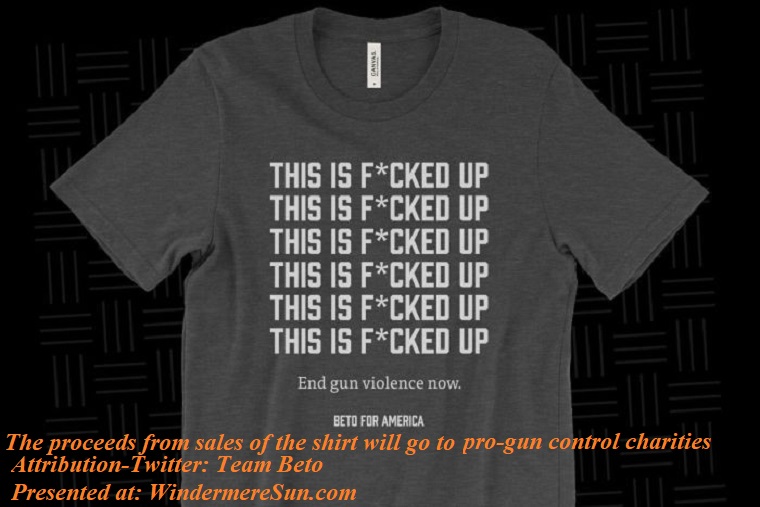 Beto O’Rourke’s t-shirt, “THIS IS F*CKED UP”, all proceeds from sales of the shirt will go to pro-gun control charities (Attribution-Twitter: Team Beto, Presented at: WindermereSun.com)

Responding to the latest mass shooting in Odessa, Texas, Democratic presidential candidate Beto O’Rourke tells CNN’s Dana Bash that thoughts and prayers have done nothing to stop gun violence and that legislators need to take action, in the video “Beto O’Rourke: This is f***ed up“, below:

Note: there is much support and response after El Paso & Dayton shootings, according to NBC/WSJ, below:

When addressing a crowd soon after the Saturday shooting in Odessa, TX, Beto O’Rourke tweeted, “We don’t know how many have been killed. We don’t know the motivation. But there’s what we do know: This is f***ed up.” The day after the Odessa shooting, Mr. O’Rourke stated on CNN, “We’re averaging about 300 mass shootings a year. No other country comes close, so yes, this is f***ed up….If we don’t call it for what it is, if we’re not able to speak clearly, if we’re not able to act decisively, then we’ll continue to have this kind of bloodshed in America, and I cannot accept that.”

This recurring “This is f***ed up” phrase has now launched a line of t-shirt, by Mr. O’Rourke’s campaign,  available on Mr. O’Rourke’s official web site store, with all proceeds going to gun control charities.

Beto O’Rourke’s t-shirt, “THIS IS F*CKED UP”, all proceeds from sales of the shirt will go to pro-gun control charities (Attribution-Twitter: Team Beto, Presented at: WindermereSun.com)