Affection/Only The Wisest And Stupidest Of Men Never Change 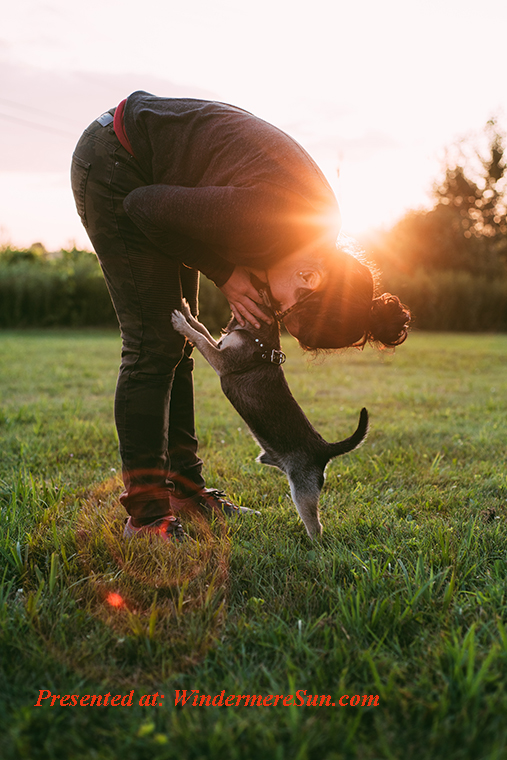 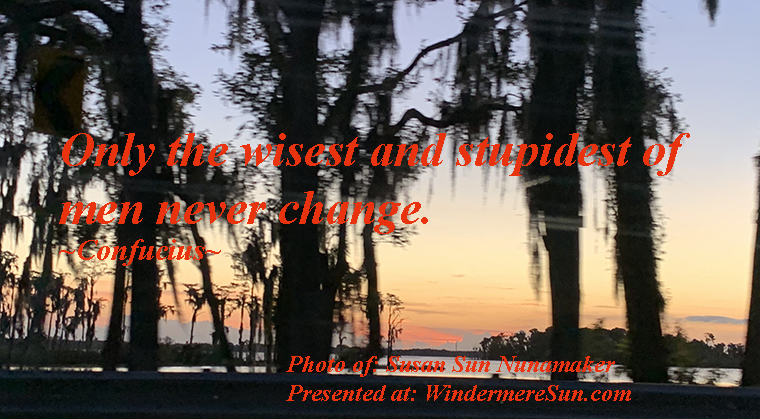 Quote of 8/31/2019, “Only the wisest and stupidest of men never change.” (Quote of: Confucius, Photo of: Susan Sun Nunamaker, Presented at: WindermereSun.com)

Such affection for one another! How wonderful!

Quote of 8/31/2019, “Only the wisest and stupidest of men never change.” (Quote of: Confucius, Photo of: Susan Sun Nunamaker, Presented at: WindermereSun.com)

Confucius once said, “Only the wisest and stupidest of men never change.”

To find out more about Confucius, please refer to the excerpt from wikipedia, in italics, below:

The philosophy of Confucius, also known as Confucianism, emphasized personal and governmental morality, correctness of social relationships, justice and sincerity. His followers competed successfully with many other schools during the Hundred Schools of Thought era only to be suppressed in favor of the Legalists during the Qin dynasty. Following the victory of Han over Chu after the collapse of Qin, Confucius’s thoughts received official sanction and were further developed into a system known in the West as Neo-Confucianism, and later New Confucianism (Modern Neo-Confucianism).

Confucius is traditionally credited with having authored or edited many of the Chinese classic texts including all of the Five Classics, but modern scholars are cautious of attributing specific assertions to Confucius himself. Aphorisms concerning his teachings were compiled in the Analects, but only many years after his death.

Confucius’s principles have commonality with Chinese tradition and belief. He championed strong family loyalty, ancestor veneration, and respect of elders by their children and of husbands by their wives, recommending family as a basis for ideal government. He espoused the well-known principle “Do not do unto others what you do not want done to yourself”, the Golden Rule. He is also a traditional deity in Daoism.

Confucius is widely considered as one of the most important and influential individuals in shaping human history. His teaching and philosophy greatly impacted people around the world and remains influential today.[4][5]