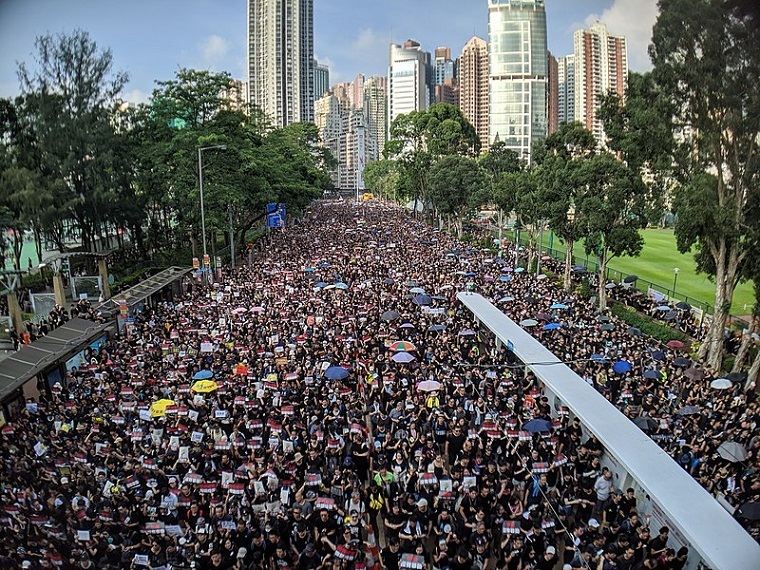 After three months of demonstrations, on Thursday, August 29, 2019, China rotated thousands of troops into its garrison in Hong Kong before protesters planned to hold a march calling for full democracy.  This rotation came within 24 hours after the police denied permission for a new mass rally planned for Saturday, August 31, 2019, during the 13th consecutive week of protests.

According to news agency Xinhua, China’s military will make greater contributions to maintaining Hong Kong’s prosperity and stability by having PLA (People’s Liberation Army) in the territory. Hong Kong had been engulfed in anger and protests against the government due to extradition bill that had since been  suspended. These protests have been the greatest political challenge to Hong Kong government since the territory returned to Chinese rule in 1997.

Things took a turn for the worse in Hong Kong this weekend. Police took unprecedented action on protestors, using water cannons to disperse crowds and later shooting their first live round since protests began 11 weeks ago, in the video “Police Fire a Gun for the First Time at Hong Kong Protest“, below:

On Tuesday, August, 27, 2019, Beijing warned against foreign interference in Hong Kong after the G7 summit participating leaders issued a statement calling for calm and supporting Hong Kong’s autonomy. On the same day, Hong Kong Chief Executive Carrie Lam stated that she was confident that the Hong Kong government could handle the crisis itself, but she had not ruled out the possibility of invoking emergency powers to quell the protests.

China’s military is rotating its batch of troops deployed to Hong Kong in a rotation that may be routine, but is likely to strike some nerves in a city that has been embroiled in protests for the past three months, in the video “China rotates new batch of troops into Hong Kong“, below:

China sent fresh troops to its Hong Kong garrison in a ‘routine rotation’ amid fears of a military crackdown on protesters, in the video “Fresh Chinese troops arrive in Hong Kong“, below:

The Hong Kong Garrison of the Chinese People’s Liberation Army (PLA) conducted the 22nd rotation of its members in the early hours of Thursday morning. The garrison rotation has taken place in Hong Kong since 1997. Approved by China’s Central Military Commission, the rotation is an annual routine in line with the Law of the People’s Republic of China on Garrisoning the Hong Kong Special Administrative Region, which stipulates that “the Hong Kong Garrison shall practice a system of rotation of its members.” In the video “PLA garrison in HK conducts 22nd routine rotation“, below:

One cannot help but wonder: are the Hong Kong business community and legal community leaders talking to the protester organization leaders?

One cannot help but wonder: can there be no concessions from Carrie Lam?

One cannot help but wonder: is Mahatma Gandhi or his equivalent missing from this group of protesters?