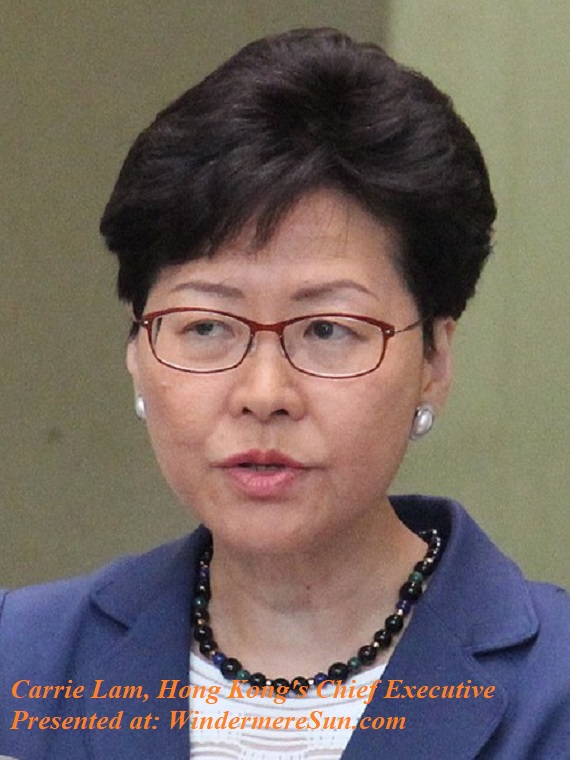 On Friday, August 23, 2019, supporters of Hong Kong’s pro-democracy movement joined hands and lined city streets, inspired by a human chain in a historic Baltic states protest against Soviet control 30 years ago, in the video “Hong Kong protesters from human chain in call for democracy“

On Sunday, August 25, 2019, at 5:30 am, the current Chief Executive of Hong Kong, Carrie Lam, utilized social media platform Facebook to demonstrate her effort in starting a dialogue with people of Hong Kong.

Thank you for your comments. Everyone is concerned about Hong Kong and will come to my facebook message. As the conversation platform we want to build, no matter what position you stand, I will feel the words you leave, and I will feel it.

Many netizens criticized the government’s past so-called “dialogue” that was not comprehensive enough, and questioned the dialogue and the delay in the conversation. We hope that the platform that is built is for the citizens of Hong Kong, and the form must break through the limitations of the past, and I and other colleagues must conduct a direct, deep and continuous interactive dialogue with the public.

Please forgive me for not being able to respond to tens of thousands of messages here. The platform is still in the process of thinking and preparation, hoping to be launched as soon as possible. Any suggestions are welcome here, the platform needs everyone, and how the platform is built all need everyone to participate.

On Tuesday, August 27, 2019, Carrie Lam said that she was “not accepting those demands” and insisted that the bill “was stopped 2 months ago.” Lam indicates that the Hong Kong government will use existing means in the legal framework to “put a stop to violence and chaos” rather than stepping down or declaring a state of emergency (which would pave way for Hong Kong government to seek help from the Chinese army to deal with unrest.)
In the video “Hong Kong leader Carrie Lam says she’s open to dialogue with protesters“, below:
The Hong Kong SAR government has zero tolerance for violence and is still trying to build a platform for dialogue, Chief Executive Carrie Lam said at a press conference on Tuesday, August 27, 2019.#Hongkong #HK· in the video “Carrie Lam: Government is still trying to build dialogue platform“, below:
To see more of photos and videos of Carrie Lam’s visits with people of Hong Kong in her Facebook page, please click HERE.
Fox News correspondent Kitty Logan explained the escalating violence during the Hong Kong protests after police fired live ammunition and tear gas at the protesters, in the video “Hong Kong protests turn violent as police fire live ammunition“, below:

Someone said on social media that Hong Kong police officers pointed guns at a civilian. But what is the truth behind the claim? In the video “Facts tell: Did Hong Kong police point guns at civilian?“

Hong Kong police drew their guns and fired a warning shot Sunday night after protesters attacked officers with sticks and rods, and brought out water cannon trucks for the first time, an escalation in the summerlong protests that have shaken the city’s government and residents. The day’s main showdown took place on a major drag in the outlying Tsuen Wan district following a protest march that ended in a nearby park. While a large crowd rallied in the park, a group of hard-line protesters took over a main street, strewing bamboo poles on the pavement and lining up orange and white traffic barriers and cones to obstruct police. After hoisting warning flags, police used tear gas to try to disperse the crowd. Protesters responded by throwing bricks and gasoline bombs toward the police. The result was a surreal scene of small fires and scattered paving bricks on the street between the two sides, rising clouds of tear gas and green and blue laser lights pointed by the protesters at the police, in the video “Hong Kong Police Clash with Protesters fro 12th Week of Protests“, below:

Hong Kong police have fired a gunshot during protests for the first time since demonstrations broke out in June, in the video “Hong Kong protests: Shot fired and water cannon used-BBC News“, below: