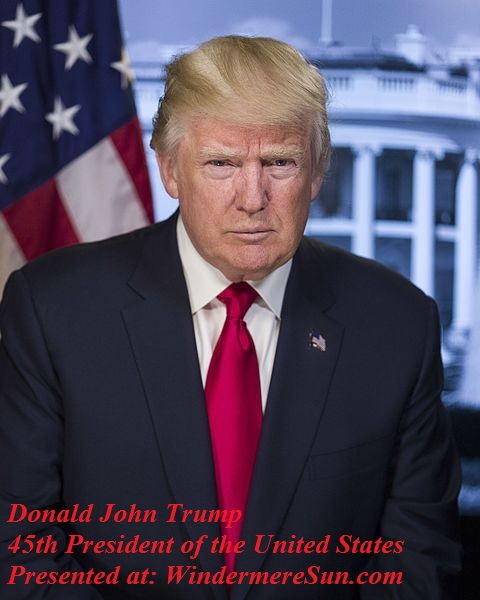 President Donald Trump, today, August 21, 2019, used a historic tactic in persecuting Jewish people, questioning their loyalty to their country or to their Jewishness. President Trump is getting a ton of backlash after attacking Jewish Americans who vote Democratic. The CEO and National Director of the Anti-Defamation League, Jonathan Greenblatt joins Stephanie Ruhle to discuss why the president calling Jewish people who vote for Democrats disloyal is a problem, in the video “President Donald Trump Accuses Jewish Dem Voters Of ‘Great Disloyalty’, Velshi & Ruhle, MSNBC“, below:

President Donald Trump is urging Jewish voters not to cast their ballots votes for Democrats, in the video “Trump Urges Jews Not to Vote for Democrats“, below:

In the video “Should Netanyahu Condemn Trump’s “Anti-Semitic” Comments?” below:

Donald Trump accuses Jewish Americans of “great disloyalty”. John Iadarola and Jayar Jackson break it down on The Damage Report, in the video “Trump Accidentally Said the Anti-Semitic Part Out Loud“, below:

I am a mother/wife/daughter, math professor, solar advocate, world traveler, yogi, artist, photographer, sharer of knowledge/information, and resident of Windermere, FL. I've worked professionally in applied math, engineering, medical research, and as a university math professor in IL and FL for about 20 years. My husband and I loved Disney and moved down to Central Florida initially as snowbirds. But we've come to love the warmth and friendly people offered by this community and decided to move down to Windermere, FL full time in 2006. I am now spending time sharing information/ knowledge online, promoting understanding of math and solar energy (via http://www.sunisthefuture.net ), and developing Windermere Sun (http://www.WindermereSun.com) as an online publication, sharing and promoting Community ABC's (Activities-Businesses-Collaborations) for healthier/happier/more sustainable living. In the following posts, I'll be sharing with you some of the reasons why Windermere has attracted us to become full-time residents of Central Florida region. Please feel free to leave your comments via email at "Contact Us" in the topbar above or via [email protected] ~Let's help one another~ Windermere Sun-Susan Sun Nunamaker Founder/Owner/Editor/Producer of Windermere Sun email: info.Winder[email protected] Twitter: @WindermereSun