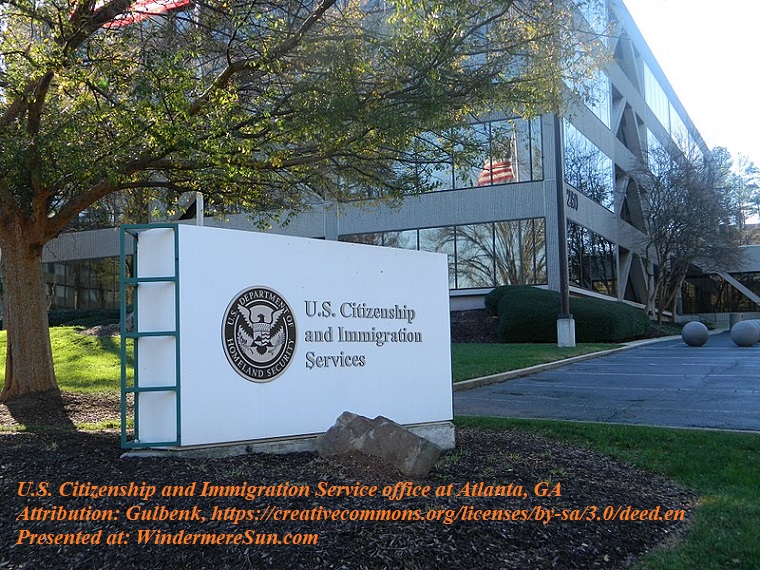 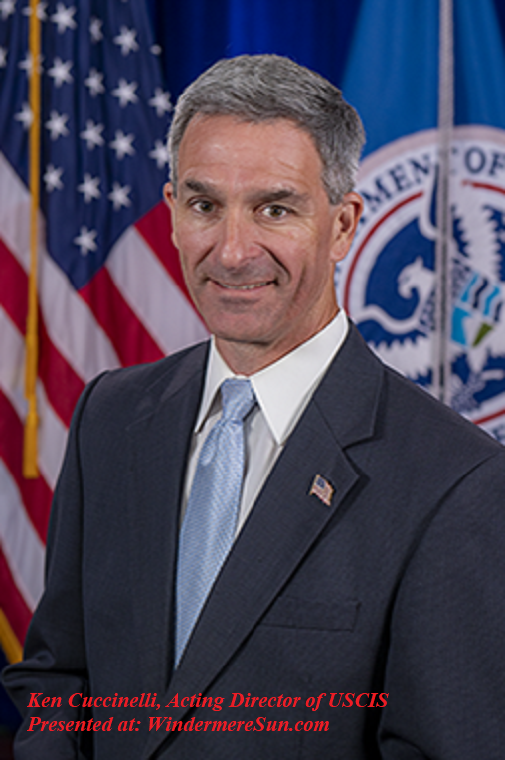 On Monday, August 12, 2019, the Trump administration ruled for self-sufficiency for immigrants. The acting director of Citizenship and Immigration Services, Ken Cuccinelli, said the rule change fits with the Republican president’s message, “We want to see people coming to this country who are self-sufficient. That’s a core principle of the American Dream. It’s deeply embedded in our history, and particularly our history related to legal immigration.” such that the new rule indicates:

Under the topic of Immigration Policy of Donald Trump, excerpt from Wikipedia, in italics, below:

On August 12, 2019, U.S. Citizenship and Immigration Services (USCIS) formally announced a new rule restricting poorer immigrants from attaining Lawful Permanent Resident status, popularly known as a Green Card. Under the rule, slated to take effect on October 15, 2019, legal immigrants who have received public benefits such as Supplemental Security Income, Temporary Assistance for Needy Families, the Supplemental Nutrition Assistance Program, Medicaid, and public housing assistance for more than a total of twelve months may be classified as a “public charge” ineligible for permanent residency.[226] Immigration official may investigate the health, income, wealth, education, and family of applicants for permanent residency to predict whether they will become a public charge in the future.[227] The term “public charge” appears in the Immigration and Nationality Act, but is not defined by the law. Refugees, asylum seekers, pregnant women, children, and family members of those serving in the Armed Forces are excluded from the restrictions.[226] The Trump administration estimates that 58% of households headed by non-citizens use a public welfare program and half use Medicaid.[228] The Migration Policy Institute estimated that half of all Green Card applicants would be excluded by the rule.[226]

Kenneth T. Cuccinelli II, the acting director of USCIS stated the policy will “have the long-term benefit of protecting taxpayers by ensuring people who are immigrating to this country don’t become public burdens, that they can stand on their own two feet, as immigrants in years past have done.”[226] The National Immigration Law Center stated that the rule “will have a dire humanitarian impact, forcing some families to forgo critical lifesaving health care and nutrition. The damage will be felt for decades to come.”[227] The law center announced it would sue to prevent the policy from taking effect.[226]

The policy was championed within the administration by Senior Advisor to the President Stephen Miller.[229]

The Trump administration is rolling out a new policy that will make it harder for some immigrants to enter and stay in the United States legally. CBSN political reporter Caitlin Huey-Burns, CBSNews.com politics reporter Camilo Montoya-Galvez, and CBS News White House producer Fin Gomez spoke to CBSN’s “Red and Blue” about the impact of the “public charge” rule, in the video “Trump administration’s “public charge” rule will crack down on immigrants“, below:

President Trump and his administration are trying to reshape the American immigration system, as Ken Cuccinelli, the acting head of the U.S. Citizenship and Immigration Services, offered his tweak to the famous poem etched on the Statue of Liberty. “Give me your tired and your poor who can stand on their own two feet and who will not become a public charge,” he said on NPR’s Morning Edition. The administration rolled out a new policy that is set to reject green cards for immigrants likely to use public services, in the video “Trump Admin. Tries To Reshape Immigration-The Day That Was, MSNBC“, below:

The Trump administration introduced a new rule that will make it harder for some immigrants to stay in America. As NBC News’ Jane Timm reports, immigrants who receive food stamps or other forms of taxpayer-funded assistance will feel the most pressure, in the video “What Is Trump’s New Limit To Legal Immigration Rule? NBC News Now” below:

Acting immigration director says America welcomes those ‘who can stand on their own two feet.’ Harvard University Professor Leah Wright Riguer finds the Trump’s administration’s ‘rhetoric and language around immigration’ and its ‘explicit ties to policy’ extremely ‘striking.’ in the video “Trump Admin Defends Plans To Discourage Low-Income Immigrants, The Beat With Ari Melber, MSNBC“, below:

The acting director of Citizenship and Immigration Services, Ken Cuccinelli, said the rule change fits with the Republican president’s message.

“We want to see people coming to this country who are self-sufficient,” Cuccinelli said. “That’s a core principle of the American Dream. It’s deeply embedded in our history, and particularly our history related to legal immigration.”

Immigrants make up a small percentage of those who get public benefits. In fact, many are ineligible for public benefits because of their immigration status.

But advocates worry the rules will scare immigrants into not asking for help. And they are concerned the rules give too broad an authority to decide whether someone is likely to need public assistance at any time, giving immigration officials the ability to deny legal status to more people.

On average, 544,000 people apply annually for green cards, with about 382,000 falling into categories that would be subject to this review, according to the government.

Guidelines in use since 1999 referred to a public charge as someone primarily dependent on cash assistance, income maintenance or government support for long-term institutionalization.

Under the new rules, the Department of Homeland Security has redefined a public charge as someone who is “more likely than not” to receive public benefits for more than 12 months within a 36-month period. If someone has two benefits, that is counted as two months. And the definition has been broadened to include Medicaid, housing assistance and food assistance under the Supplemental Nutrition Assistance Program, or SNAP.