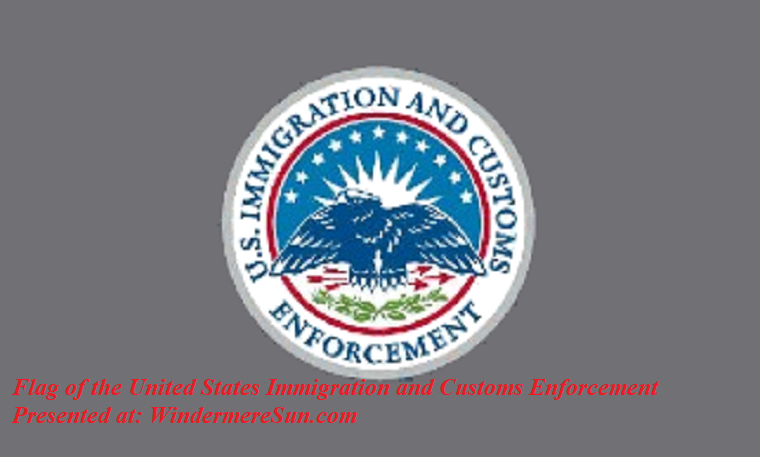 Flag of the United States Immigration and Customs Enforcement (Presented at: WindermereSun.com)

On Thursday, August 8, 2019, federal immigration officials released 300 of the nearly 700 people arrested Wednesday, August 7, 2019, in Mississippi workplace sweeps believed to be the largest single-state action of the kind in U.S. history. The raids targeted immigrant workers in food processing plants. Jeffrey Brown reports and talks to Hamed Aleaziz of BuzzFeed News and Tony McGee, superintendent of Scott County Public Schools, in the video “Why massive Mississippi ICE raids took communities by surprise“, below:

Nearly 700 undocumented immigrants were arrested in Mississippi in what’s being described as the largest single-state immigration raid in U.S. history. CBS News reporter Camilo Montoya-Galvez joins CBSN to discuss the implications for the business owners who employed the immigrants, in the video “Massive immigration raids at agricultural processing plants in Mississippi“, below: