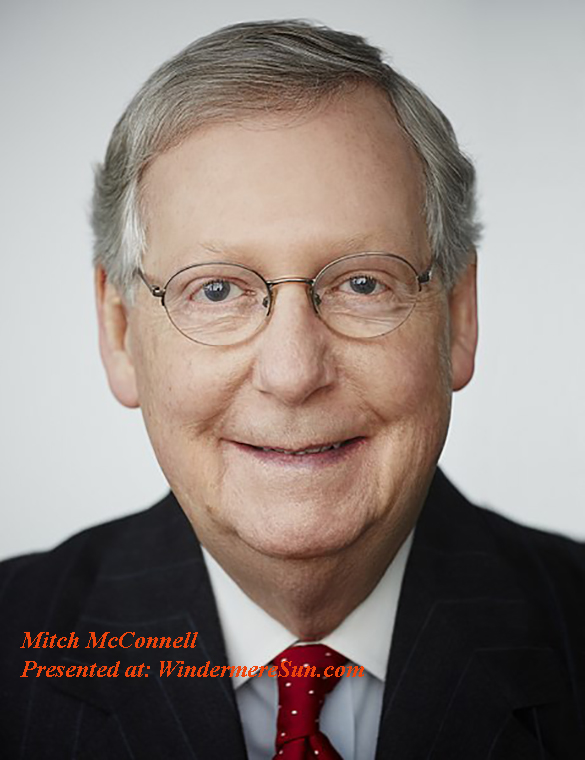 On Thursday, July 25, 2019, a bipartisan report from the Senate Intelligence Committee indicated that Russia’s interference in 2016 election targeted all 50 states, more than previously known. It also indicated that significant vulnerability remained in the U.S. election system that needs to be addressed before the 2020 election. Some of these vulnerabilities are:

Mitch McConnell ignores the warnings of Robert Mueller about the seriousness of Russian interference in our elections. Evan McMullin and Michael Weiss explain why election security legislation is vital to the integrity of a free and fair election in 2020, in the video “Why Is Mitch McConnell Blocking Bills To Protect U.S. Elections? The Last Word, MSNBC“, below:

Democrats’ next steps mentioned in the video above:

Republicans in the Senate have twice in 24 hours blocked the advancement of bills aimed at strengthening election security just hours after former special counsel Robert S. Mueller III warned of the continued threat that foreign powers interfering in US elections, in the video “GOP senators block election security bills after Mueller’s warning“, below:

In addition to Robert S. Mueller’s warning, the FBI Director Christopher Wray also had similar warning in the video above.

Voters in Kentucky, given what had happened, what will you do about Mitch McConnell in order to protect our election and democracy from the Russia invasion?

If our elected officials are undermining the American democracy, shouldn’t we, the American public, raise our voices at various Town Hall meetings and coming out on the streets, demanding a secure election and preventing the corrupt officials from taking offices? It is time.

It is sad to see the GOP sacrificing our ideal of self-rule in favor of maintaining party advantage. This is not what our America represents. If the American public would not care enough about our system of democracy, we will no longer have our freedom nor democracy. This is the inflection point in our American history. It will depend on what the American people will do.

Here is the response from Kentucky voters:  Sam sits down with one of the only people brave enough to challenge Mitch McConnell for re-election – Amy McGrath! Meanwhile, Allana Harkin takes the temperature of Kentucky voters for the 2020 senate election, in the video “Kentucky Wants to Break Up with Mitch McConnell, Full Frontal on TBS“, below:

I am a mother/wife/daughter, math professor, solar advocate, world traveler, yogi, artist, photographer, sharer of knowledge/information, and resident of Windermere, FL. I've worked professionally in applied math, engineering, medical research, and as a university math professor in IL and FL for about 20 years. My husband and I loved Disney and moved down to Central Florida initially as snowbirds. But we've come to love the warmth and friendly people offered by this community and decided to move down to Windermere, FL full time in 2006. I am now spending time sharing information/ knowledge online, promoting understanding of math and solar energy (via http://www.sunisthefuture.net ), and developing Windermere Sun (http://www.WindermereSun.com) as an online publication, sharing and promoting Community ABC's (Activities-Businesses-Collaborations) for healthier/happier/more sustainable living. In the following posts, I'll be sharing with you some of the reasons why Windermere has attracted us to become full-time residents of Central Florida region. Please feel free to leave your comments via email at "Contact Us" in the topbar above or via [email protected]. ~Let's help one another~ Windermere Sun-Susan Sun Nunamaker Founder/Owner/Editor/Producer of Windermere Sun email: [email protected] Twitter: @WindermereSun