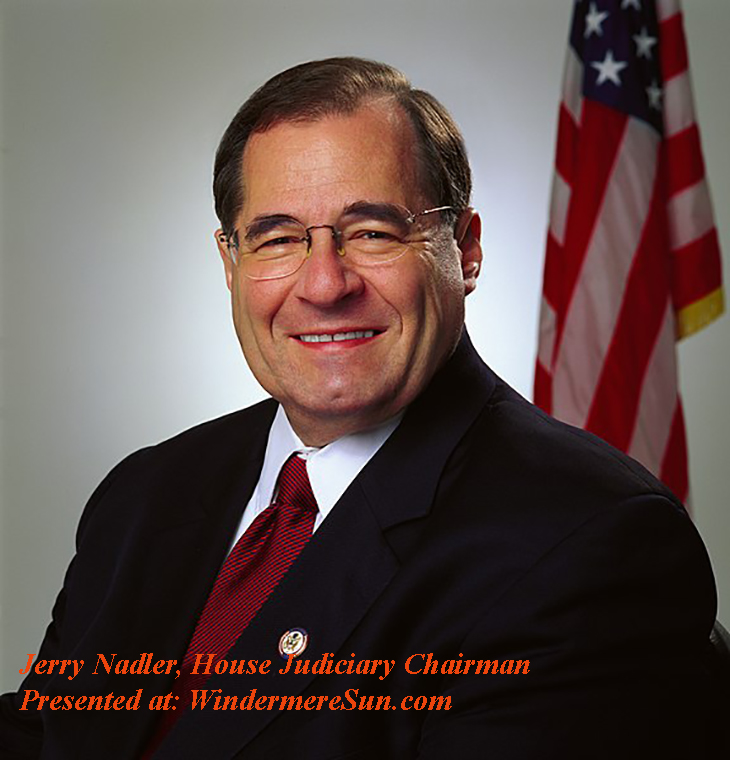 On Friday, July 26, 2019, the House Judiciary Committee Chairman Jerry Nadler said his committee was “in effect” conducting an impeachment inquiry. Nadler said at a press conference, “The committee is exercising its authority to investigate all of these scandals and to decide what to do about them, which could include articles of impeachment. Whether you call that an inquiry, or whatever you want to call that, that’s what We’ve been doing, and are doing, and will continue to do so.”

It was also announced that the Judiciary Committee was moving to file a court application to secure grand jury material in Mueller’s report so to ensure the strongest possible hand moving forward. The committee was prepared to sue to enforce subpoena testimony from the former White House counsel, Don McGahn. If the White House were to defy court orders for information and testimony, according to Nadler, “there would have to be an impeachment.”

Judiciary Committee Member Jamie Raskin (D-Md.) discusses what it means that the committee is considering articles of impeachment following the Mueller testimony, in the video “Full Jamie Raskin: Want To ‘Extend The Investigation To Look at Other Things’, MTP Daily, MSNBC“, below:

House Judiciary Chairman Jerry Nadler files a petition in court to obtain Mueller’s grand jury documents and cites possible impeachment as his argument. This is an escalation as democrats admit an ‘impeachment investigation’ is underway against President Trump, in the video “Escalation: Dems Launch ‘Impeachment Investigation’ On Trump, The Beat With Ari Melber, MSNBC“, below:

House Judiciary Democrats escalated the impeachment fight against the president. In a new court filing, Democrats laid out the starkest language yet that their investigation is designed to start an impeachment inquiry. Joy Reid discusses the new developments with Rep. Lloyd Doggett, Dahlia Lithwick, and Danielle Moodie-Mills, in the video “An ‘Impeachment Investigation’ No Matter The Name, The Last Word, MSNBC“, below:

Since Mueller’s testimony on Wednesday, July 24, 2019, six Democrats have come out in favor of impeachment. Currently, an estimate of 100 members of the House are backing impeachment. Some of these members have grown increasingly vocal about needing a decision regarding whether there will be a proceeding soon.

Chairman Nadler also said, “If an impeachment inquiry is if you’re considering only impeachment, that’s not what we’re doing. We’re investigating all of this.”