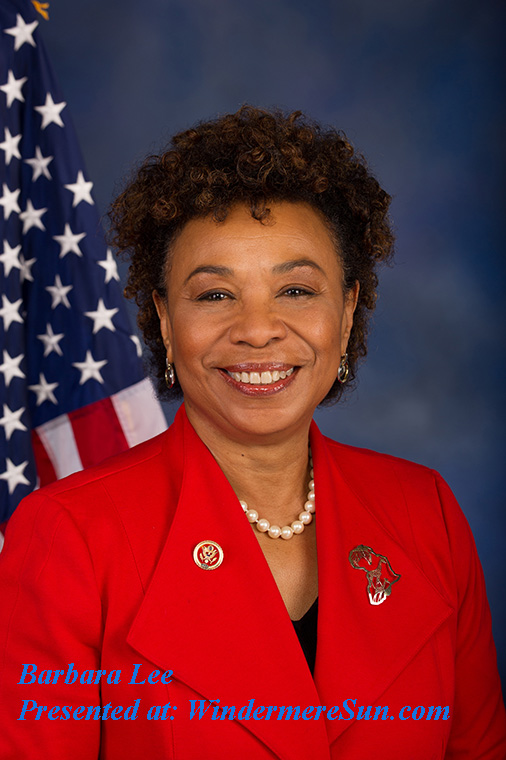 To better understand Rep. Barbara Lee and Iraq AUMF, please refer to the excerpt from wikipedia, in italics, below:

Barbara Jean Lee (born July 16, 1946) is the U.S. Representative for California’s 13th congressional district, serving since 1998. She is a member of the Democratic Party. The district, numbered as the 9th District from 1998 to 2013, is based in Oakland and includes most of northern Alameda County. She is the first woman to represent this district.

Lee is the former chair of the Congressional Black Caucus and is the current Whip and former Co-Chair of the Congressional Progressive Caucus.[1] She is the Vice Chair and a founding member of the LGBT Equality Caucus.[1] Lee has been a hero among many in the anti-war movement, notable for her vocal criticism of the war in Iraq and for being the only member of either chamber of Congress to vote against the authorization of use of force following the September 11, 2001 attacks.[2][3]

Lee gained national attention in 2001 as the only member of congress to vote “No” on the Authorization for Use of Military Force Against Terrorists (AUMF), stating that she voted no not because she opposed military action but because she believed the AUMF, as written, granted overly-broad powers to wage war to the president at a time when the facts regarding the situation were not yet clear. She “warned her colleagues to be ‘careful not to embark on an open-ended war with neither an exit strategy nor a focused target'”.[12]

This vote made nationwide news reports and brought about a large and extremely polarized response, with the volume of calls gridlocking the switchboard of her Capitol Hill office. Although it appears to have reflected the beliefs of the majority of her constituents, the majority of responses from elsewhere in the nation were angry and hostile, some referring to her as “communist” and “traitor”. Many of the responses included death threats against her or her family to the point that the Capitol Police provided round-the-clock plainclothes bodyguards.[13] She was also criticized by politicians and in editorial pages of conservative-leaning newspapers, e.g. John Fund‘s column in The Wall Street Journal.[14] She was awarded the Seán MacBride Peace Prize by the International Peace Bureau in 2002 for that vote.

In her speech, she quoted the Rev. Nathan D. Baxter, dean of National Cathedral: “As we act, let us not become the evil that we deplore.”[15]