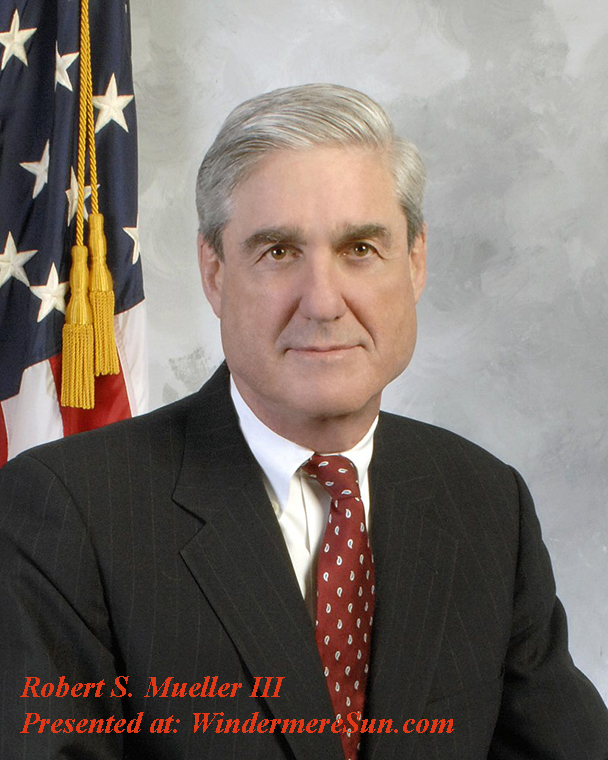 “The House Judiciary Committee will convene on July 24 at 8:30 am with Special Counsel Mueller testifying in public for three hours. After a brief break, the House Intelligence Committee will convene for additional public testimony beginning at 12:00pm,” the chairmen said in the statement. “All members, Democrats and Republicans, of both committees will have a meaningful opportunity to question the Special Counsel in public, and the American people will finally have an opportunity to hear directly from Mr. Mueller about what his investigation uncovered.”

On Sunday, July 21, 2019, the House Intelligence Committee Chairman Adam Schiff said on Face the Nation that the ultimate goal is to make Mueller’s 448 page report on Donald Trump’s ties with Russia and potential obstruction of justice come to life for the American people because most Americans have not yet read Mueller’s summary of his two-year investigation. Schiff called the report “a pretty damning set of facts that involve a presidential campaign in a close race welcoming help from a hostile foreign power.” in the video “Schiff calls Trump an “unindicted co-conspirator” ahead of Mueller testimony“, below:

There are areas of potential obstruction of justice laid out in the Mueller Report that will be focused on by the Democrats in the House Judiciary Committee:

Former special counsel Robert Mueller goes before two congressional committees next week to talk about the investigation into Russian meddling in the 2016 election. The panelists previewed next week’s testimony, in the video “#WashWeekPBS Extra: Previewing Robert Mueller’s testimony“, below:

I am a mother/wife/daughter, math professor, solar advocate, world traveler, yogi, artist, photographer, sharer of knowledge/information, and resident of Windermere, FL. I've worked professionally in applied math, engineering, medical research, and as a university math professor in IL and FL for about 20 years. My husband and I loved Disney and moved down to Central Florida initially as snowbirds. But we've come to love the warmth and friendly people offered by this community and decided to move down to Windermere, FL full time in 2006. I am now spending time sharing information/ knowledge online, promoting understanding of math and solar energy (via http://www.sunisthefuture.net ), and developing Windermere Sun (http://www.WindermereSun.com) as an online publication, sharing and promoting Community ABC's (Activities-Businesses-Collaborations) for healthier/happier/more sustainable living. In the following posts, I'll be sharing with you some of the reasons why Windermere has attracted us to become full-time residents of Central Florida region. Please feel free to leave your comments via email at "Contact Us" in the topbar above or via [email protected] ~Let's help one another~ Windermere Sun-Susan Sun Nunamaker Founder/Owner/Editor/Producer of Windermere Sun email: info.Winde[email protected] Twitter: @WindermereSun