Comfy Cat/We All Have Ability. The Difference Is How We Use It. 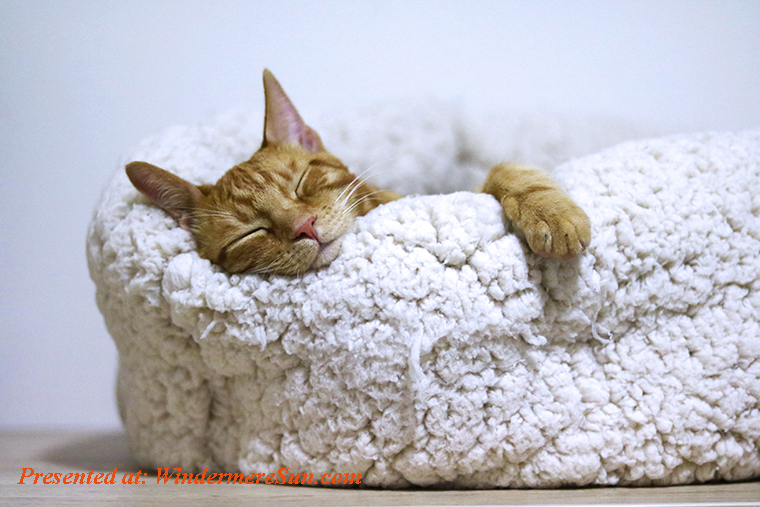 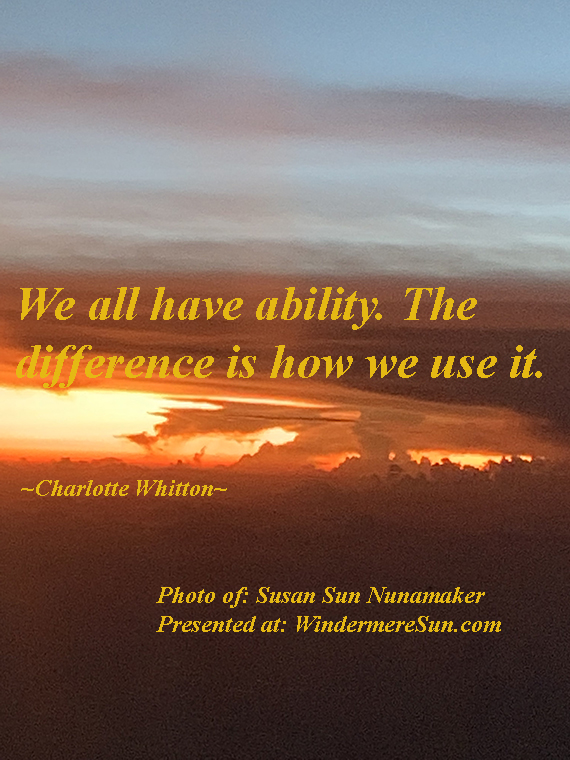 Quote of 07/20/2019, “We all have ability. The difference is how we use it.” (Quote of: Charlotte Whitton. Photo of: Susan Sun Nunamaker. Presented at: WindermereSun.com)

Oh, so comfy that I cannot help but fall asleep….

Quote of 07/20/2019, “We all have ability. The difference is how we use it.” (Quote of: Charlotte Whitton. Photo of: Susan Sun Nunamaker. Presented at: WindermereSun.com)

To find out more about Charlotte Whitton, please refer to the excerpt from wikipedia, in italics, below:

Whitton attended Queen’s University, where she was the star of the women’s hockey team and was known as the fastest skater in the league.[citation needed] At Queen’s, she also served as editor of the Queen’s Journal newspaper in 1917; and was the newspaper’s first female editor. From Queen’s she became the founding director of the Canadian Council on Child Welfare from 1920 to 1941 (which became the Canadian Welfare Council, now the Canadian Council on Social Development) and helped bring about a wide array of new legislation to help children.

Despite her strong views on women’s equality, Whitton was a strong social conservative and did not support making divorce easier.

Whitton was elected to Ottawa’s Board of Control in 1951. Upon the unexpected death of mayor Grenville Goodwin that August, Whitton was immediately appointed acting mayor and on 30 September 1951 was confirmed by city council to remain mayor until the end of the normal three-year term. Whitton is sometimes mistakenly credited as the first woman ever to serve as a mayor in Canada,[2] but this distinction is in fact held by Barbara Hanley, who became mayor of the small Northern Ontario town of Webbwood in 1936.[3]

Whitton was a staunch defender of Canada’s traditions, and condemned Prime Minister Lester B. Pearson‘s proposal in 1964 for new national flag to replace the traditional Canadian Red Ensign. Whitton dismissed Pearson’s design as a ‘white badge of surrender, waving three dying maple leaves’ which might as well be ‘three white feathers on a red background,’ a symbol of cowardice. ‘It is a poor observance of our first century as a nation if we run up a flag of surrender with three dying maple leaves on it,’ she said.[4][5] For Whitton, the Red Ensign, with its Union Jack and coat of arms containing symbols of England, Scotland, Ireland and France (or a similar flag with traditional symbols on it) would be a stronger embodiment of the Canadian achievement in peace and war.

She became well known for her assertiveness and for her vicious wit with which many male colleagues, and once the Lord Mayor of London, were attacked. She is noted for the quotation: “Whatever women do they must do twice as well as men to be thought half as good. Luckily, this is not difficult.”

In 1955 she appeared on the American game show and television series What’s My Line.[6]