Trump Called Off The Strike Against Iran 10 Minutes Before Launch 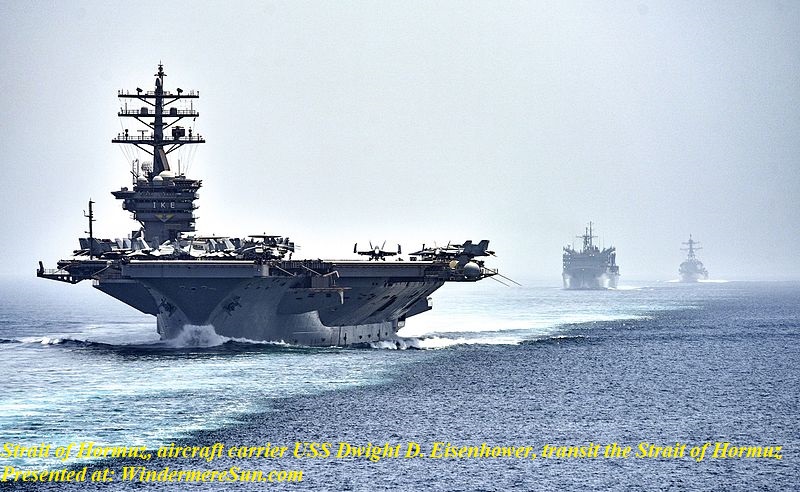 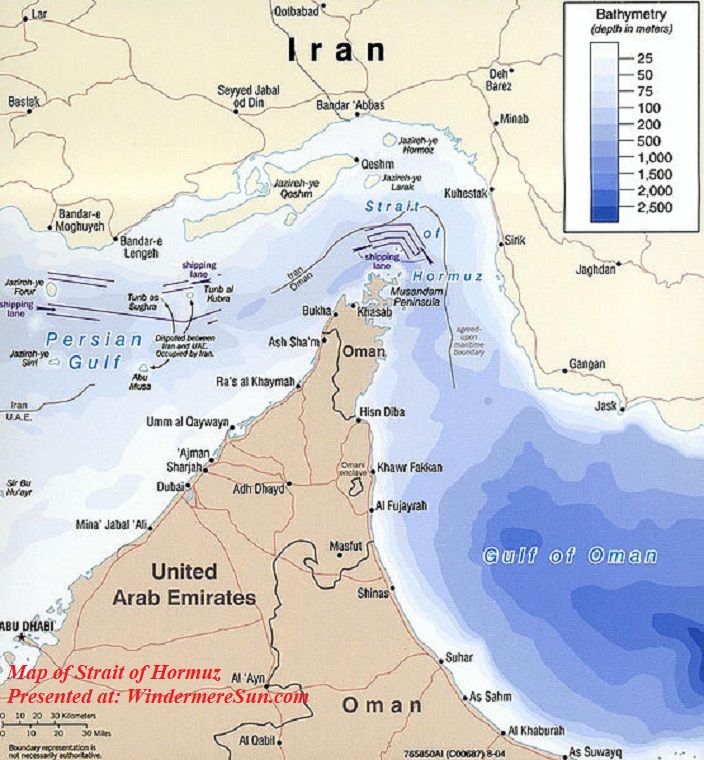 Map of Strait of Hormuz, with maritime political boundaries, 2004, PD (Presented at: WindermereSun.com)

This is an update of our previous post, The Aftermath of Iran Shooting Down U.S. Drone.

Even though the United States military had been “cocked and loaded” to strike against Iran on Thursday night, according to President Trump, on Friday morning, about 10 minutes before the launch, President Trump called off the strike after a general told him that 150 people would probably die in the attack. Trump explained his decision on Twitter, indicating the response would have been “not proportionate to shooting down an unmanned drone.”

There was a plan to strike Iran, but it was called off because President Trump says it would not be proportionate to shooting down an unmanned drone. Stephanie Ruhle is joined by Trump biographer Tim O’Brien, Nicholas Rasmussen, who has seen the most highly classified intelligence on Iran for years, and New York Times Op-Ed Columnist Bret Stephens to discuss the president’s explanation of yesterday’s events, in the video “President Donald Trump Says He Stopped Iran Strike 10 Minutes Before Launch, Velshi & Ruhle, MSNBC“, below:

In an interview on MSNBC’s “Meet the Press,” President Donald Trump said he decided a strike that would kill 150 people, because it was “not proportionate” to Iran striking down an unmanned drone, in the video “Trump explains decision to call off Iran strike“, below:

President Trump says he called off a military strike against Iran because too many people would have died. CBS News national security correspondent David Martin joins CBSN from the Pentagon with more on Trump administration’s strategy, in the video “Trump says he called off Iran strike because too many people would’ve died“, below:

President Donald Trump abruptly called off military strikes against Iran after previously approving the strikes in retaliation for Iran shooting down a US military drone, The New York Times reports.
The operation was already underway in its initial stages — ships were in position and planes were in the air — but no missiles had been fired when the order came to stand down, a senior administration official told the Times. The strike had been scheduled for just before dawn on Friday in Iran to minimize the risk to civilians and the Iranian military, and military officials received word shortly after then that the strike was off, at least temporarily. The United States remains locked in a standoff with Iran, with US military or diplomatic responses having the potential to provoke further escalation from Tehran. Iran’s downing of a US drone earlier Thursday has left the President caught between Republicans demanding a response and congressional Democrats warning that Trump — and the Iran policy hardliners on his national security staff, who welcome the confrontation — could lose control of the situation and lead the US into war, in the video “NYT: Trump pulls back on approved military strikes on Iran“, below:

Keep in mind: we are in transition for the office of  Secretary of Defense. There is another good reason for President Trump to have called off the strike, reason below:

Regardless whether Iranian’s shooting down the U.S. drone was due to miscalculations or due to intention, we need to remind ourselves of another incident between U.S. and Iran back in 1988, in the excerpt from wikipedia, in italics, below:

Now, from the lighter perspective, in the video “Trump’s Next Move After Iran’s ‘Big Mistake‘”, below: