A Case For Starting Impeachment Inquiry 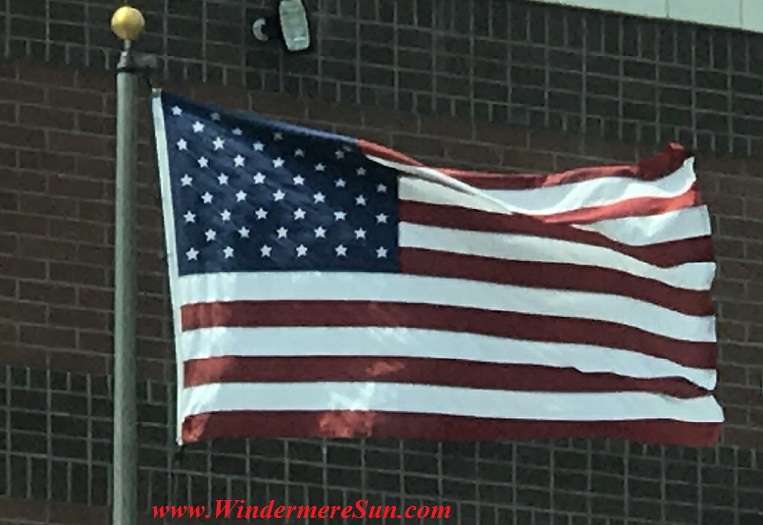 Impeachment is a powerful tool. The time to wield it is now, stated by the Atlantic senior editor Yoni Appelbaum. In the latest Atlantic Argument, Appelbaum invokes Andrew Johnson’s impeachment in 1868 to make the case for democratically removing President Donald Trump from office. Appelbaum underscores that this measure is not meant to resolve a policy dispute; rather, it is an attempt to rectify the problem of Trump’s inability to discharge the basic duties of his office. “The president is unfit for the office he holds,” Appelbaum says in the video. “Congress needs to act now and open an impeachment inquiry.” in the video “It’s Time to Impeach Trump“, below:

After Andrew Johnson became the President of American in 1865, The Atlantic called him an autocrat, “egotistic to the point of mental disease” who had become the “prey of intriguers and sycophants”. Johnson denied black Americans  their  hard won freedoms. ” There are other similarities between Andrew Johnson and Donald Trump:

Even though Andrew Johnson was ultimately acquitted after the impeachment, the impeachment process yielded five discrete benefits, bringing order out of chaos:

Some members of the Democratic party have long been calling for the impeachment of President Donald Trump. But while the Democratic House leader and others see the issue as a political liability for Democrats, others see the prospect of removing Trump from the White House as a moral responsibility. Jim Braude was joined by constitutional attorneys Ron Fein and Ben Clements, who make the case for impeachment in their new book, “The Constitution Demands It: The Case for the Impeachment of Donald Trump.” in the video “Is Now The Time To Trump (And Kavanaugh)?” in October, 2018, below:

In Jan. of 2019, Bill Maher, host of HBO’s Real Time, joined Hardball to give his thoughts on the government shutdown, Steve King, and he thinks Trump should be impeached, in the video “Bill Maher: If We Don’t Impeach Donald Trump, Where Is The Bar? Hardball, MSNBC“, below:

For more of The Atlantic’s coverage of Donald Trump’s “Unthinkable” presidency, in the video “The Atlantic Bears Witness to Trump’s Destructive Presidency“, below:

According to NYT report, intel officials were hesitant to tell President Trump about details of the ramped up operations against Russia in fear that Trump might over-rule it or tell foreign officials (as he did in 2017, in an oval office meeting with Russian diplomats) about such details.

Former Deputy National Security Advisor for President Obama Ben Rhodes, MSNBC national affairs analyst John Heilemann, former US Attorney Joyce Vance, and The Daily Beast’s Sam Stein on new reporting from the New York Times, which Trump called an “act of treason,” that said national security officials are hesitant to brief the president on cyber operations against Russia for fear he may react poorly or discuss it with foreign officials, in the video “President Donald Trump’s Loyalty Uncertain Among Some National Security Officials, Deadline, MSNBC“, below:

Rachel Maddow reports on Donald Trump’s curious overreaction to a New York Times story about the United States increasing its cyber capacity against an increasingly aggressive Russia, in the video “Donald Trump Flips Out Over NYT Report On New US Aggression With Russia, Rachel Maddow, MSNBC“, below:

By Jan., 2019, Director of National Intelligence released an unclassified report, the Worldwide Threat Assessment, included this short public warning, in italics, below:

Russia’s government was not just looking at the capacity or threatening to amass that kind of power in our country, but the warning as of January  of this year is that Russia has the ability to execute cyber attacks in the United States that generate localized, temporary disruptive effects on critical infrastructure-such as disrupting an electrical distribution network for at least a few hours.

In interviews over the past three months, the officials described the previously unreported deployment of American computer code inside Russia’s grid the placement of potentially crippling malware inside the Russian system at a depth and with an aggressiveness that had never been tried before. It is intended partly as a warning, and partly to be poised to conduct cyber strikes if a major conflict broke out between Washington and Moscow.

This initiative has been carried out by United States Cyber Command, the arm of the Pentagon that runs the military’s offensive and defensive operations in the online world. But the action inside the Russian electric grid appears to have been conducted under little-noticed new legal authorities, slipped into the military authorization bill passed by Congress last summer.

According to NYT, “So far, there is no evidence that the United States has actually turned off the power in any of the efforts to establish what American officials call a “persistent presence” inside Russian networks, just as the Russians have not turned off power in the United States.”  But the placement of malicious code inside both systems revives the question of whether a nation’s power grid-or other critical infrastructure that keeps home, factories, and hospitals running-constitutes a legitimate target for online attack.