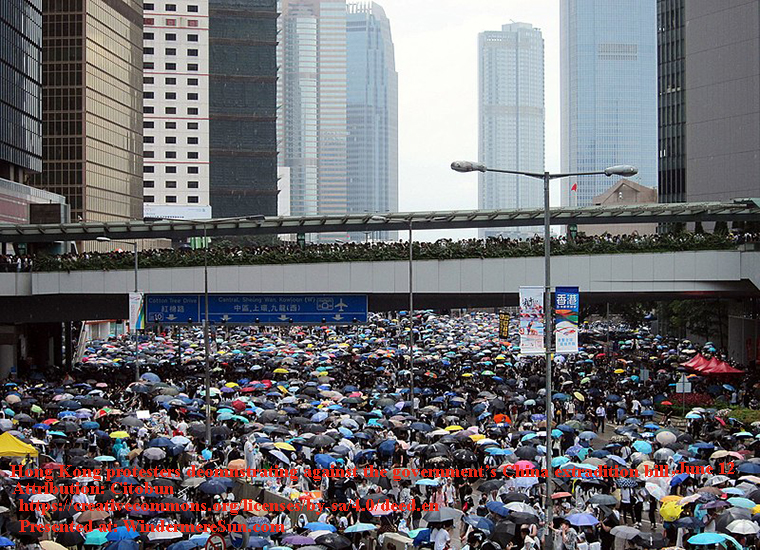 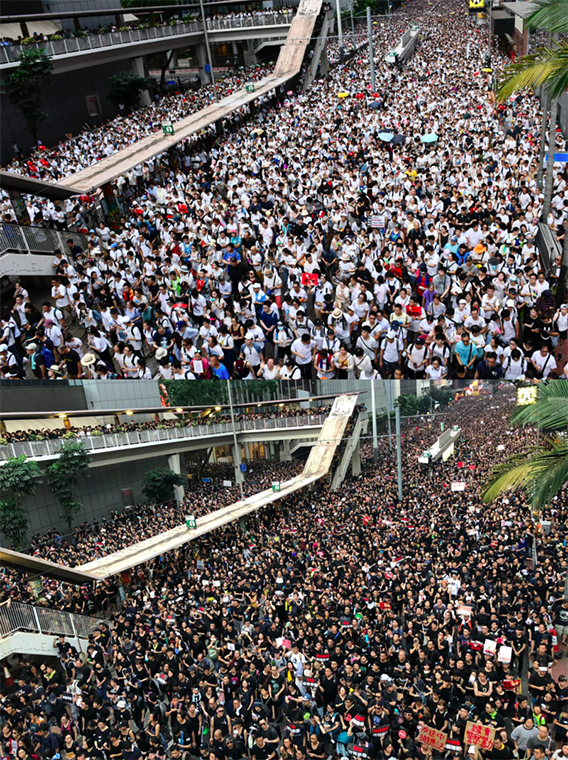 This is an update of our previous post, Hong Kong’s Protest Against Amendment of Extradition Bill, below:

It is the largest turnout for any demonstration or protest ever recorded in human history, either in numbers or in percentage of population, for about two million out of 7.4 million people in Hong Kong poured into the city’s streets on Sunday, June 16, 2019, to demand the ouster of Carrie Lam, the Chief Executive of Hong Kong, following her failure to ratify an extradition treaty with China. People’s power has paralyzed the streets of Hong Kong, with momentary effective outcome, in the video “Hong Kong leader apologizes as political crisis deepens“, below:

Efforts to pass a controversial new extradition law in Hong Kong have been indefinitely suspended, its leader, Carrie Lam, announced on Saturday, June 15, 2019. The move followed a week of mass protests and street violence over the bill, which would have allowed suspects to be sent to mainland China for trial, in the video “Indefinite delay to Hong Kong extradition bill announced“, below:

Hong Kong Chief Executive Carrie Lam has suspended debate on a proposed bill that would allow those accused of any crimes to be extradited to mainland China. CBS News correspondent Ramy Inocencio is in Hong Kong with the latest, in the video “Hong Kong places proposed extradition bill on hold following demonstrations“, below:

The chief executive of Hong Kong, Carrie Lam, has issued an apology to the public after mass protests against a controversial extradition bill, in the video “Hong Kong leader apologizes as political crisis deepens“, below”

The Pro-Democracy activists say they will continue to press on with a general strike Monday, June 17, 2019.

Some historical background information about Hong Kong and various aspects of its relationship with UK and China, in the video from Feb., 2017,  “Hong Kong divided over its future, 20 years after UK handover“, below: