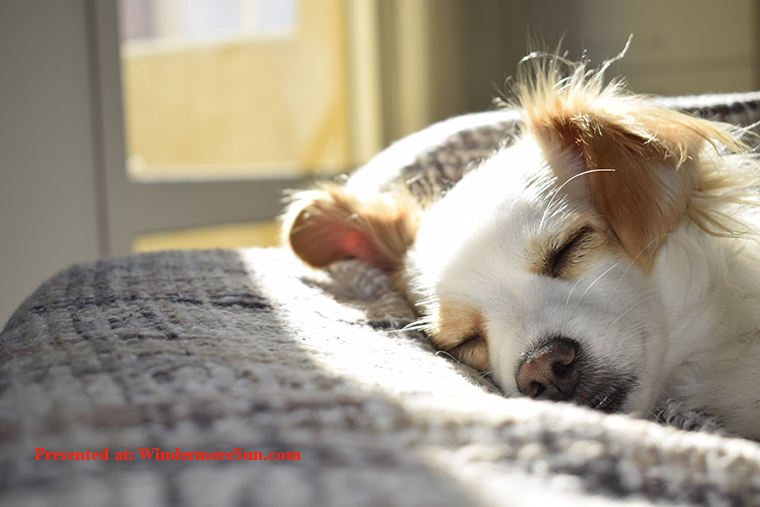 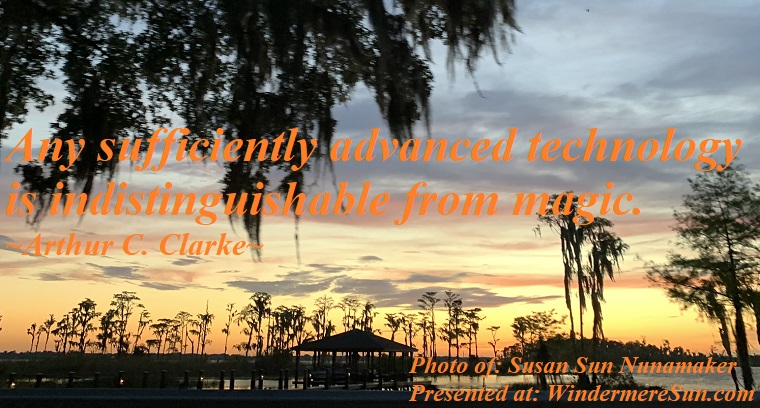 Quote of 06/15/2019, “Any sufficiently advanced technology is indistinguishable from magic” (Quote of Arthur C. Clarke, Photo of: Susan Sun Nunamaker, Presented at: WindermereSun.com)

Quote of 06/15/2019, “Any sufficiently advanced technology is indistinguishable from magic” (Quote of Arthur C. Clarke, Photo of: Susan Sun Nunamaker, Presented at: WindermereSun.com)

Arthur C. Clarke once said, “Any sufficiently advanced technology is indistinguishable from magic.”

For more about Arthur C. Clarke, please refer to the excerpt from wikipedia, in italics, below:

He is famous for being co-writer of the screenplay for the 1968 film 2001: A Space Odyssey, widely considered to be one of the most influential films of all time.[4][5] Clarke was a science writer, who was both an avid populariser of space travel and a futurist of uncanny ability. On these subjects he wrote over a dozen books and many essays, which appeared in various popular magazines. In 1961 he was awarded the Kalinga Prize, an award which is given by UNESCO for popularising science. These along with his science fiction writings eventually earned him the moniker “Prophet of the Space Age”.[6] His other science fiction writings earned him a number of Hugo and Nebula awards, which along with a large readership made him one of the towering figures of science fiction. For many years Clarke, Robert Heinlein and Isaac Asimov were known as the “Big Three” of science fiction.[7]

Clarke emigrated from England to Sri Lanka (formerly Ceylon) in 1956, largely to pursue his interest in scuba diving.[10] That year he discovered the underwater ruins of the ancient Koneswaram temple in Trincomalee. Clarke augmented his fame later on in the 1980s, from being the host of several television shows such as Arthur C. Clarke’s Mysterious World. He lived in Sri Lanka until his death.[11]

Clarke was appointed Commander of the Order of the British Empire (CBE) in 1989 “for services to British cultural interests in Sri Lanka”.[12]He was knighted in 1998[13][14] and was awarded Sri Lanka’s highest civil honour, Sri Lankabhimanya, in 2005.[15]