Cat & Dandelion/Sleep Is The Best Meditation 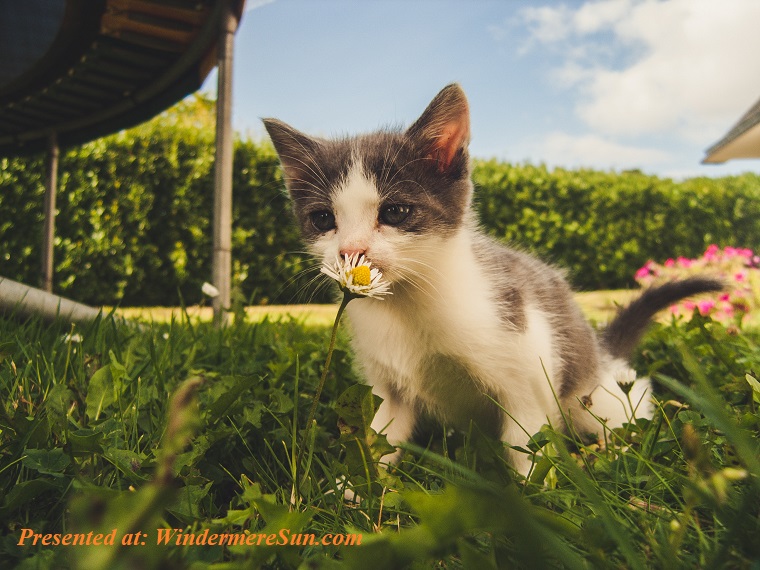 Pet of 06/08/2019, Cat that appreciates dandelion (presented at: WindermereSun.com) 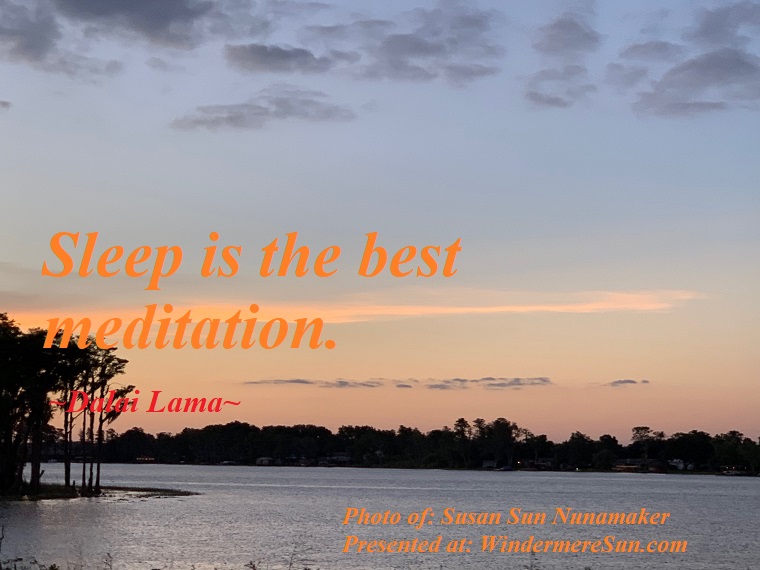 Pet of 06/08/2019, Cat that appreciates dandelion (presented at: WindermereSun.com)

So, you are one who appreciates dandelion…..

Daila Lama once said, “Sleep is the best meditation.”

More on Daila Lama, please refer to the excerpt from wikipedia, in italics, below:

Dalai Lama (UK: /ˈdælaɪ ˈlɑːmə/, US: /ˈdɑːlaɪ ˈlɑːmə/;[1][2] Standard Tibetan: ཏཱ་ལའི་བླ་མ་, Tā la’i bla ma, [táːlɛː láma]) is a title given by the Tibetan people for the foremost spiritual leader of the Gelug or “Yellow Hat” school of Tibetan Buddhism, the newest of the classical schools of Tibetan Buddhism.[3]The 14th and current Dalai Lama is Tenzin Gyatso.

The Dalai Lama is also considered to be the successor in a line of tulkus who are believed[2] to be incarnations of Avalokiteśvara,[1] a Bodhisattva of Compassion.[4][5] The name is a combination of the Mongolic word dalai meaning “ocean” or “big” (coming from Mongolian title Dalaiyin qan or Dalaiin khan,[6] translated as Gyatso in Tibetan)[7] and the Tibetan word བླ་མ་ (bla-ma) meaning “master, guru”.[8]

The Dalai Lama figure is important for many reasons. Since the time of the 5th Dalai Lama in the 17th century, his personage has always been a symbol of unification of the state of Tibet, where he has represented Buddhist values and traditions.[9] The Dalai Lama was an important figure of the Geluk tradition, which was politically and numerically dominant in Central Tibet, but his religious authority went beyond sectarian boundaries. While he had no formal or institutional role in any of the religious traditions, which were headed by their own high lamas, he was a unifying symbol of the Tibetan state, representing Buddhist values and traditions above any specific school.[10] The traditional function of the Dalai Lama as an ecumenical figure, holding together disparate religious and regional groups, has been taken up by the present fourteenth Dalai Lama. He has worked to overcome sectarian and other divisions in the exiled community and has become a symbol of Tibetan nationhood for Tibetans both in Tibet and in exile.[11]

From 1642 until 1705 and from 1750 to the 1950s, the Dalai Lamas or their regents headed the Tibetan government (or Ganden Phodrang) in Lhasa which governed all or most of the Tibetan Plateau with varying degrees of autonomy[12] under the Qing Dynasty of China, up to complete sovereignty.[13] This Tibetan government also enjoyed the patronage and protection of firstly Mongol kings of the Khoshut and Dzungar Khanates(1642–1720) and then of the emperors of the Manchu-led Qing dynasty (1720–1912).[12] Tibet’s sovereignty was later rejected, however, by both the Republic of China and the current People’s Republic of China.[14]