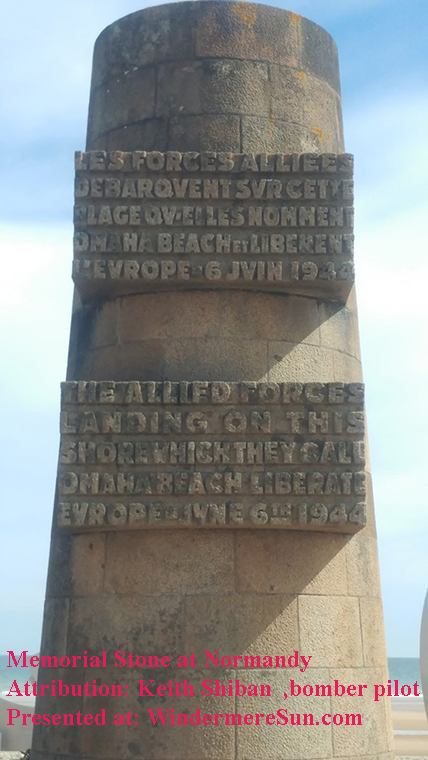 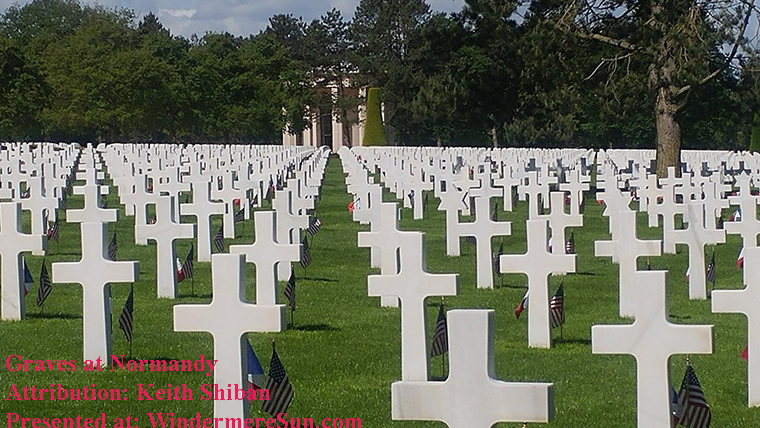 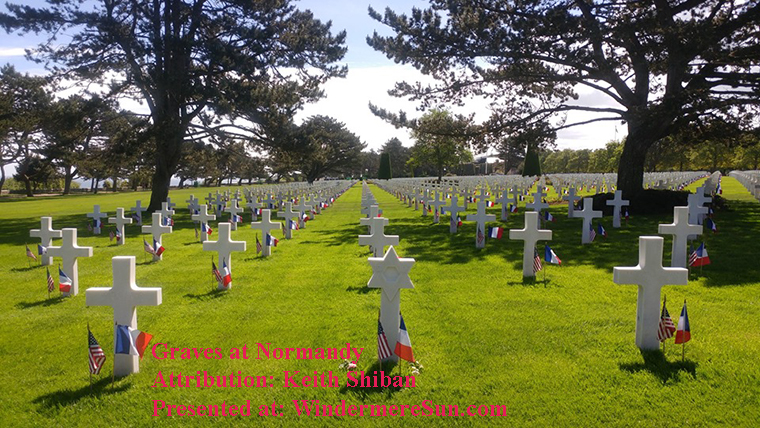 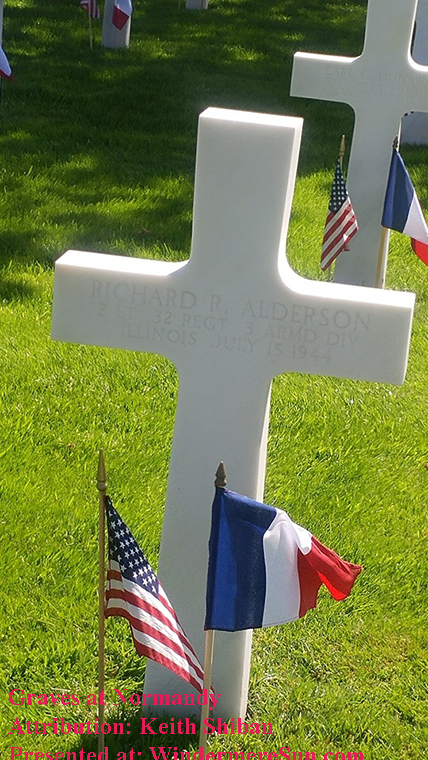 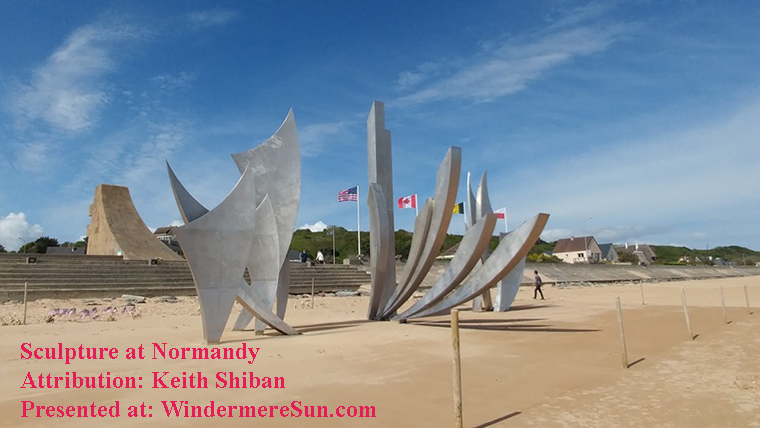 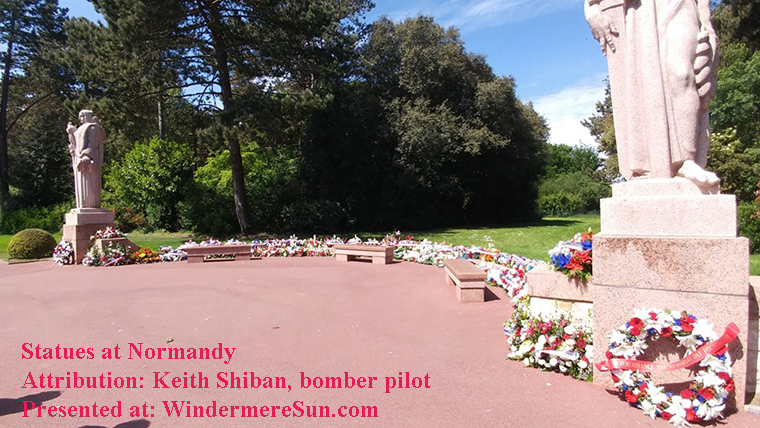 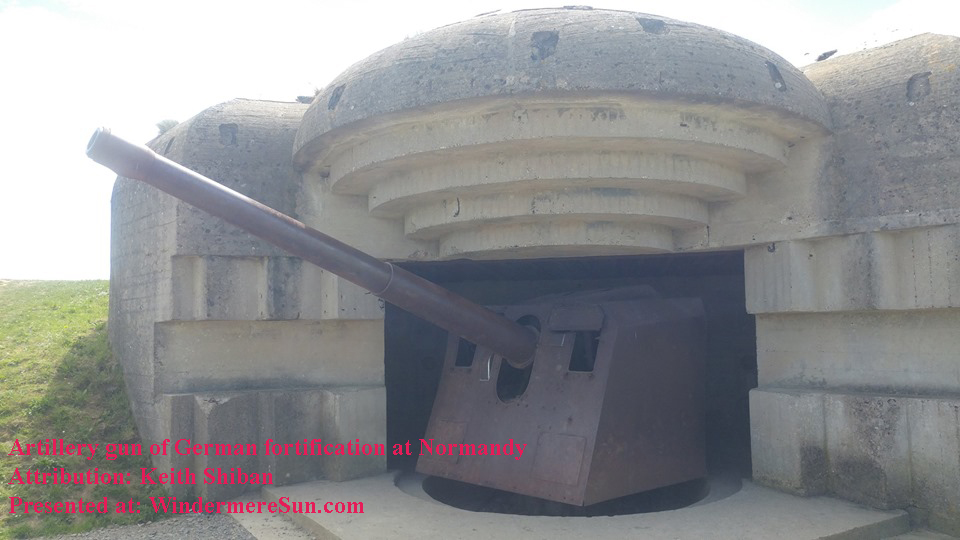 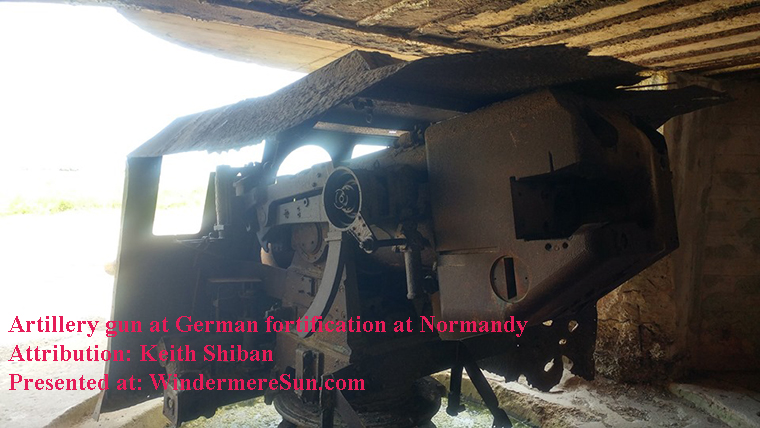 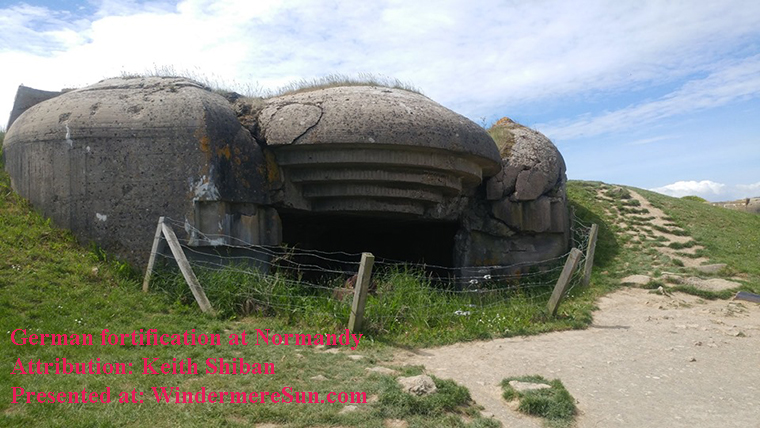 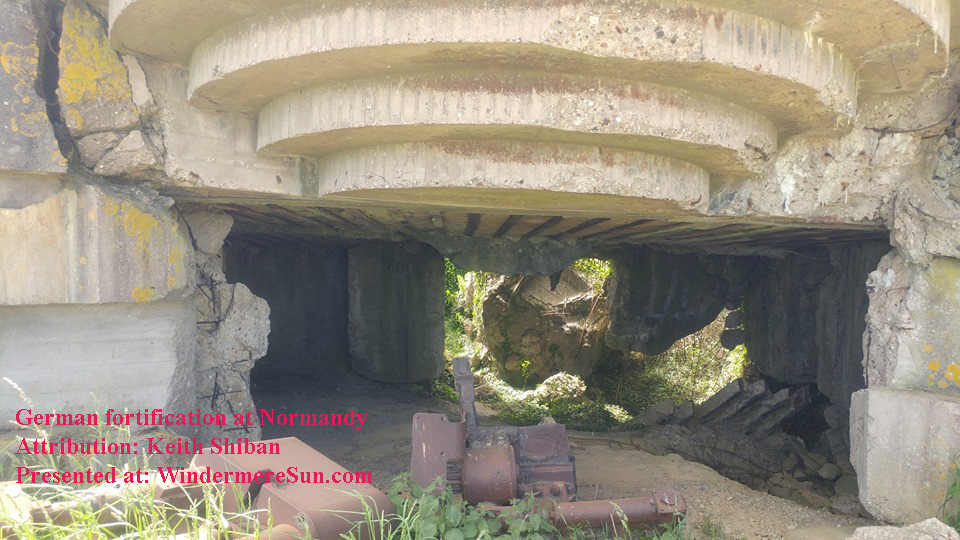 Great big thanks to our friend Keith Shiban, who was also a bomber pilot during the first Iraq War, for sharing these photos of Normandy above.

President Franklin D. Roosevelt went on national radio to address the nation on the night of June 6, 1944, for the first time, about the Normandy invasion. His speech was in the form of a prayer, in the video “Franklin D. Roosevelt-D Day Prayer“and the text in italics, below:

“My fellow Americans, last night when I spoke with you about the fall of Rome, I knew at that moment that troops of the United States and our allies were crossing the channel in another and greater operation,” Roosevelt said. “It has come to pass with success thus far. And so in this poignant hour I ask you to join with me in prayer.” Almighty God: Our sons, pride of our Nation, this day have set upon a mighty endeavor, a struggle to preserve our Republic, our religion, and our civilization, and to set free a suffering humanity. Lead them straight and true; give strength to their arms, stoutness to their hearts, steadfastness in their faith. They will need Thy blessings. Their road will be long and hard. For the enemy is strong. He may hurl back our forces. Success may not come with rushing speed, but we shall return again and again; and we know that by Thy grace, and by the righteousness of our cause, our sons will triumph. They will be sore tried, by night and by day, without rest-until the victory is won. The darkness will be rent by noise and flame. Men’s souls will be shaken with the violences of war. For these men are lately drawn from the ways of peace. They fight not for the lust of conquest. They fight to end conquest. They fight to liberate. They fight to let justice arise, and tolerance and good will among all Thy people. They yearn but for the end of battle, for their return to the haven of home. Some will never return. Embrace these, Father, and receive them, Thy heroic servants, into Thy kingdom. And for us at home — fathers, mothers, children, wives, sisters, and brothers of brave men overseas — whose thoughts and prayers are ever with them — help us, Almighty God, to rededicate ourselves in renewed faith in Thee in this hour of great sacrifice. Many people have urged that I call the Nation into a single day of special prayer. But because the road is long and the desire is great, I ask that our people devote themselves in a continuance of prayer. As we rise to each new day, and again when each day is spent, let words of prayer be on our lips, invoking Thy help to our efforts. Give us strength, too — strength in our daily tasks, to redouble the contributions we make in the physical and the material support of our armed forces. And let our hearts be stout, to wait out the long travail, to bear sorrows that may come, to impart our courage unto our sons wheresoever they may be. And, O Lord, give us Faith. Give us Faith in Thee; Faith in our sons; Faith in each other; Faith in our united crusade. Let not the keenness of our spirit ever be dulled. Let not the impacts of temporary events, of temporal matters of but fleeting moment let not these deter us in our unconquerable purpose. With Thy blessing, we shall prevail over the unholy forces of our enemy. Help us to conquer the apostles of greed and racial arrogancies. Lead us to the saving of our country, and with our sister Nations into a world unity that will spell a sure peace a peace invulnerable to the schemings of unworthy men. And a peace that will let all of men live in freedom, reaping the just rewards of their honest toil. Thy will be done, Almighty God. Amen.”

On June 6, 2019, gratitude was shown to American World War II veterans by the president of France, Emmanuel Macron, who thanked the allied troops for liberating France, in the video “Honoring heroes on the 75th anniversary of D-Day“, below:

President Trump and French President Macron honored veterans of D-Day in a powerful ceremony in Normandy. Lester Holt speaks to Irving Locker and Ray Lambert, who took part in the invasion 75 years ago, about what it was like that day. “Memories like that never go away,” Lambert says, in the video “World War II Veterans Honored On D-Day’s 75th anniversary, NBC Nightly News“, below:

Hundreds of D-Day veterans traveled thosands of miles to Normandy to be there for the 75th anniversary of the historic attack. But the trip was much shorter for one American. Mark Phillips has his story, in the video “D-Day veteran returns to Normandy for his final years“, below:

The restored World War II-era C-47s flew over Washington and will join aircraft from around the world in France for the 75th anniversary of D-Day, in the video “D-Day squadron: Historic airplanes’ journey from US to Normandy“, below:

Let’s take a look at some archived videos of Normandy landings:

To find out more about D-Day or Normandy landings, please refer to the excerpt from wikipedia, in italics, below:

The Normandy landings were the landing operations on Tuesday, 6 June 1944 of the Allied invasion of Normandy in Operation Overlordduring World War II. Codenamed Operation Neptune and often referred to as D-Day, it was the largest seaborne invasion in history. The operation began the liberation of German-occupied France (and later western Europe) from Nazi control, and laid the foundations of the Allied victory on the Western Front.

Planning for the operation began in 1943. In the months leading up to the invasion, the Allies conducted a substantial military deception, codenamed Operation Bodyguard, to mislead the Germans as to the date and location of the main Allied landings. The weather on D-Day was far from ideal, and the operation had to be delayed 24 hours; a further postponement would have meant a delay of at least two weeks, as the invasion planners had requirements for the phase of the moon, the tides, and the time of day that meant only a few days each month were deemed suitable. Adolf Hitler placed German Field Marshal Erwin Rommel in command of German forces and of developing fortifications along the Atlantic Wall in anticipation of an Allied invasion.

The amphibious landings were preceded by extensive aerial and naval bombardment and an airborne assault—the landing of 24,000 US, British, and Canadian airborne troops shortly after midnight. Allied infantry and armoured divisions began landing on the coast of France at 06:30. The target 50-mile (80 km) stretch of the Normandy coast was divided into five sectors: Utah, Omaha, Gold, Juno, and Sword. Strong winds blew the landing craft east of their intended positions, particularly at Utah and Omaha. The men landed under heavy fire from gun emplacements overlooking the beaches, and the shore was mined and covered with obstacles such as wooden stakes, metal tripods, and barbed wire, making the work of the beach-clearing teams difficult and dangerous. Casualties were heaviest at Omaha, with its high cliffs. At Gold, Juno, and Sword, several fortified towns were cleared in house-to-house fighting, and two major gun emplacements at Gold were disabled using specialised tanks.

The Allies failed to achieve any of their goals on the first day. Carentan, St. Lô, and Bayeux remained in German hands, and Caen, a major objective, was not captured until 21 July. Only two of the beaches (Juno and Gold) were linked on the first day, and all five beachheads were not connected until 12 June; however, the operation gained a foothold that the Allies gradually expanded over the coming months. German casualties on D-Day have been estimated at 4,000 to 9,000 men. Allied casualties were at least 10,000, with 4,414 confirmed dead. Museums, memorials, and war cemeteries in the area now host many visitors each year.