President Trump Kept Away From Protesters at Trafalgar Square 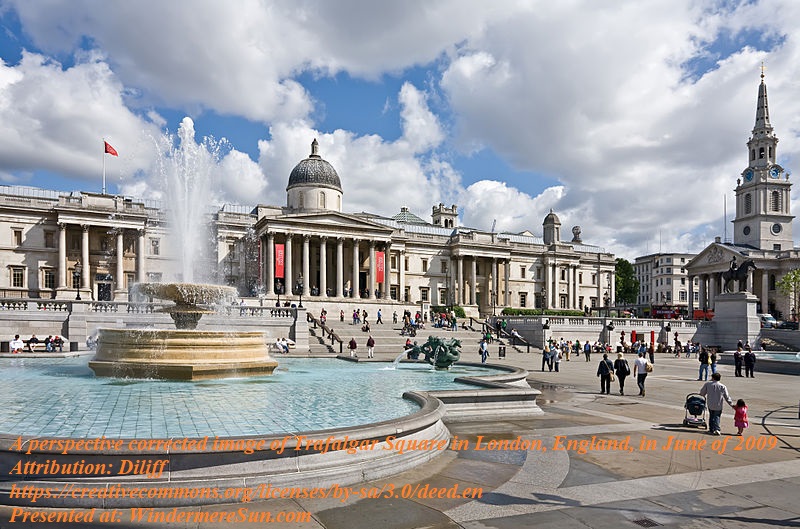 Trafalgar Square of London, England, in June of 2009 (Attribution: Diliff, Presented at: WindermereSun.com) 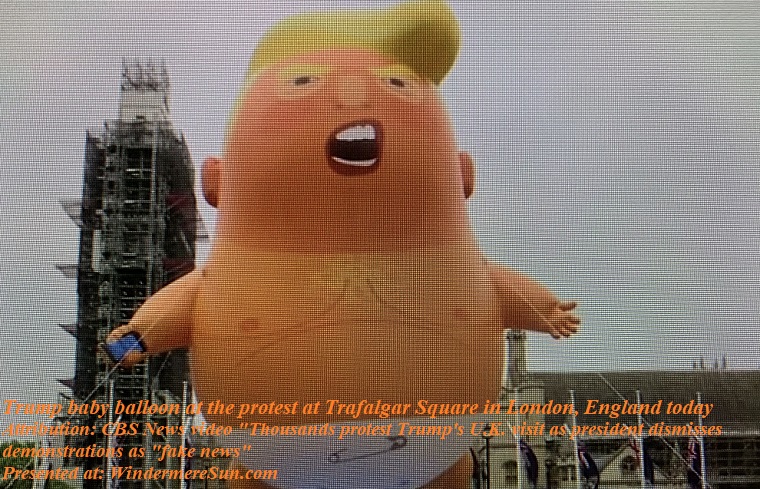 Thousands of people demonstrated against President Trump’s visit to the U.K. in London’s Trafalgar Square as the president met with outgoing Prime Minister Theresa May. Mr. Trump dismissed the large protests as “fake news.” CBS News’ Haley Ott joined CBSN from one of the protests, in the video “Thousands protest Trump’s U.K. visit as president dismisses demonstrations as ‘fake news”“, below:

There is definitely reason for such British antagonism toward Trump, explained in the video “Trump UK state visit begins with Twitter attack on London mayor“, below:

On June 3, 2019, Donald Trump started his day by insulting the mayor of London as he landed in London and ended the day with all the pageantry Buckingham Palace could muster, including a state dinner thrown by the Queen. Annie Karni, Robert Costa, and Tim O’Brien discuss, in the video “Trump Attacks London’s Mayor Just Before Landing in UK For A State Visit, The 11th Hour, MSNBC“, below:

Donald Trump says he refused to meet with Labour leader Jeremy Corbyn and called the protests in London ‘fake news’, in the video “Trump lays into Corbyn, Khan and ‘fake news’ protests“, with Trump and May’s response to questions regarding tariffs, trade, immigration, etc., below: