Far-Right Parties Are For Sale 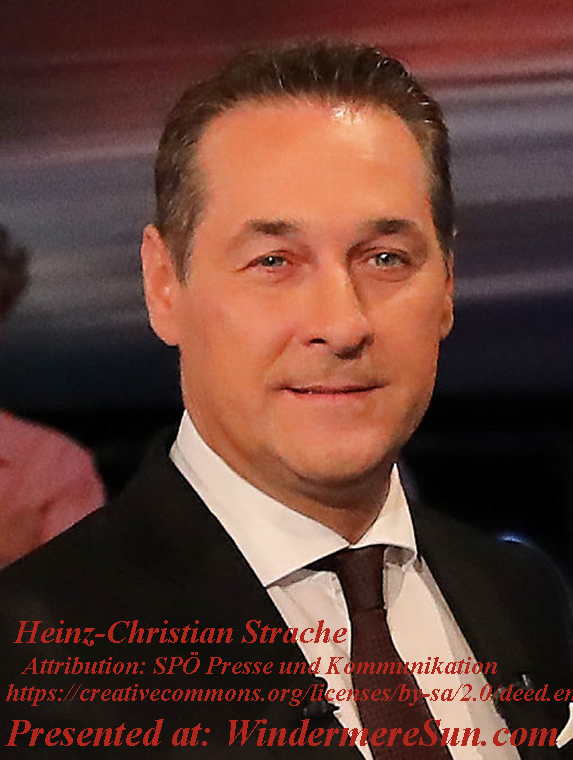 USA is not alone in the struggle against Russian attempt in influencing election outcomes. Last Friday, the Austrian government was at the brink of collapse after a footage from 2017 was released by a German news outlet, showing the far-right Austrian vice chancellor, Heinz-Christian Strache suggesting he could offer business contracts in exchange for political support from a woman posing as the niece of a Russian oligarch. The video also shows his ideas about turning the country’s largest-circulation tabloid, the Kronen Zeitung, into a mouthpiece of the FPÖ (the Freedom Party). On May 18, 2019, in the wake of the Ibiza affair, Strache announced his resignation as vice-chancellor of Austria, minister, and chairman of the Freedom Party, in the video “Ibiza scandal: why has Austria’s government collapsed?“, below:

Political chaos reigned in Austria on Monday, two days after the chancellor called for a new election and pulled the plug on his governing coalition with the far-right Freedom Party,” (AP) … “after the country’s coalition government collapsed over a corruption scandal days before European elections. Conservative Chancellor Sebastian Kurz has called for fresh elections after a hidden-camera sting forced his far-right deputy to resign, bringing an end to their coalition, in the video “Can Austria’s government navigate political chaos ahead of snap elections? DW News“, below:

Austria’s vice-chancellor Heinz-Christian Strache, of the far-right Freedom Party has announced his resignation from the country’s coalition government. Strache was forced to step down after German media published a secretly recorded 2017 video from the island of Ibiza. It appears to show Strache offering government contracts in return for campaign donations. Chancellor Sebastian Kurz, of the People’s Party had already ruled out further co-operation with Strache in the country’s governing coalition although Strache had denied any wrongdoing. CORRECTION: The Spiegel journalist Wolf Wiedmann Schmidt was kind enough to join DW in the studio. Unfortunately a typo slipped into his name during the segment. His name is, of course, Wolf and not Wold, in the video “Austria: Far-right Vice-Chancellor Strache forced to resign, DW News“, below:

Demonstrators took to the streets of Vienna on Saturday to protest against the political scandal known as ‘Ibiza affair’, after a video appeared to show the far-right politician Heinz-Christian Strache, the country’s vice-chancellor, promising public contracts to a fake Russian backer in return for campaign help. The release of the footage led to Strache’s resignation on Saturday, after he admitted the video showed him ‘acting like a teenager’ but insisted he had done nothing wrong, in the video “Protests in Vienna over secret footage of vice-chancellor“, below:

Austrian Chancellor Sebastian Kurz said Monday he is seeking the removal of the country’s interior minister over a video scandal that has rocked the Alpine nation in recent days, in the video “Austria’s Government On Verge Of Collapse Over Scandal Involving Niece Of Russian Tycoon, TIME“, below:

Austrian Chancellor Sebastian Kurz has called for early elections after a corruption scandal brought down his government’s junior coalition partner. The announcement comes after Austria’s vice chancellor, Heinz-Christian Strache, was caught on video taken on the island of Ibiza apparently offering lucrative government contracts to a prospective Russian investor in exchange for help influencing Austria’s 2017 elections in favor of his far-right Freedom party. Strache resigned from his post on Saturday after Der Spiegel and Süddeutsche Zeitung released the video, in the video “Austria: Kurz calls for new elections after Strache scandal topples coalition, DW News“, below:

In the video “The Europe Report: Far-right parties under scrutiny in Austria, UK“, below:

Considering the video that led to the resignation of the Austrian vice-chancellor Heinz-Christian Strache was actually a recording of a sting operation, one can honestly say that the Austrians have  much lower tolerance threshold for corruption and impeachable offenses than that of Americans.

According to the study mentioned in the video above: Be wary of the far-right parties in various nations in Europe and else where. Even though these far-right groups like to claim that they want to clean up the party and will drain the swamp, but once they’re in the government, they often become involved in funding scandal, bribes and corruption activities.