Is That A Macaw?/You cannot be lonely if you like the person you’re alone with 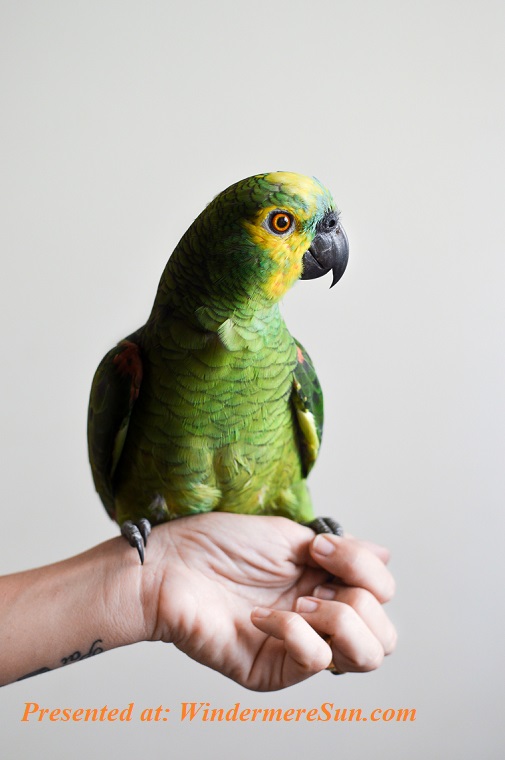 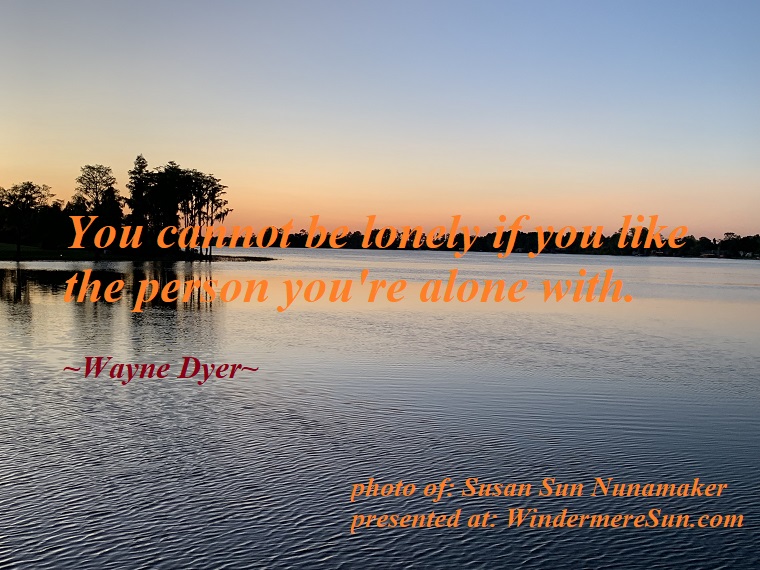 Quote of 05/18/2019, “You cannot be lonely if you like the person you’re alone with.” (Quote of Wayne Dyer, Photo of: Susasn Sun Nunamaker, Presented at: WindermereSun.com)

Is that a macaw?

Quote of 05/18/2019, “You cannot be lonely if you like the person you’re alone with.” (Quote of Wayne Dyer, Photo of: Susasn Sun Nunamaker, Presented at: WindermereSun.com)

Wayne Dyer once said, “You cannot be lonely if you like the person you’re alone with.”

For more about Wayne Dyer, please refer to the excerpt from wikipedia, in italics, below:

Dyer was born in Detroit, Michigan, to Melvin Lyle Dyer and Hazel Irene Vollick, and spent much of his first ten years in an orphanage on the east side of Detroit,[2] after his father walked out on the family, leaving his mother to raise three small boys.[3]After graduating from Denby High School, Dyer served in the United States Navy from 1958 to 1962. He received his Ed.D. degree in counseling from Wayne State University.[4] His dissertation was titled Group Counseling Leadership Training in Counselor Education.[5]

Dyer, a Detroit native,[6] worked as a high school guidance counselor there and as a professor of counseling psychology at St. John’s University in New York City.[2] He pursued an academic career, published in journals, and established a private therapy practice. His lectures at St. John’s University, which focused on positive thinking and motivational speaking techniques, attracted many students. A literary agent persuaded Dyer to document his theories in his first book, called Your Erroneous Zones (1976). Dyer quit his teaching job and began a publicity tour of the United States, doggedly pursuing bookstore appearances and media interviews (“out of the back of his station wagon”, according to Michael Korda, making the best-seller lists “before book publishers even noticed what was happening”[7]). After Your Erroneous Zones dozens more books followed, many of them also best-sellers.[6] Among them were Wishes Fulfilled, Excuses Begone and The Sky’s the Limit. The success of these books eventually led to national television talk show appearances including The Merv Griffin Show, The Tonight Show, and The Phil Donahue Show.[2]

Dyer proceeded to build on his success with lecture tours, a series of audiotapes, PBS programs, and regular publication of new books. Dyer’s message resonated with many in the New Thought Movement and beyond. He often recounted anecdotes from his family life and repeatedly used his own life experience as an example. His self-made man success story was a part of his appeal.[2] Dyer told readers to pursue self actualization, calling reliance on the self a guide to “religious” experience, and suggested that readers emulate Jesus Christ, whom he termed both an example of a self-actualized person and a “preacher of self-reliance”.[8] Dyer criticized societal focus on guilt, which he saw as an unhealthy immobilization in the present due to actions taken in the past. He encouraged readers to see how parents, institutions, and even they, themselves, had imposed guilt trips upon themselves.[9]

Although Dyer initially resisted the spiritual tag, by the 1990s he had altered his message to include more components of spirituality when he wrote the book Real Magic and discussed higher consciousness in the book Your Sacred Self.[2][10]