Donald Trump Jr. Will Testify In Front Of Senate Intelligence Committee Next Month 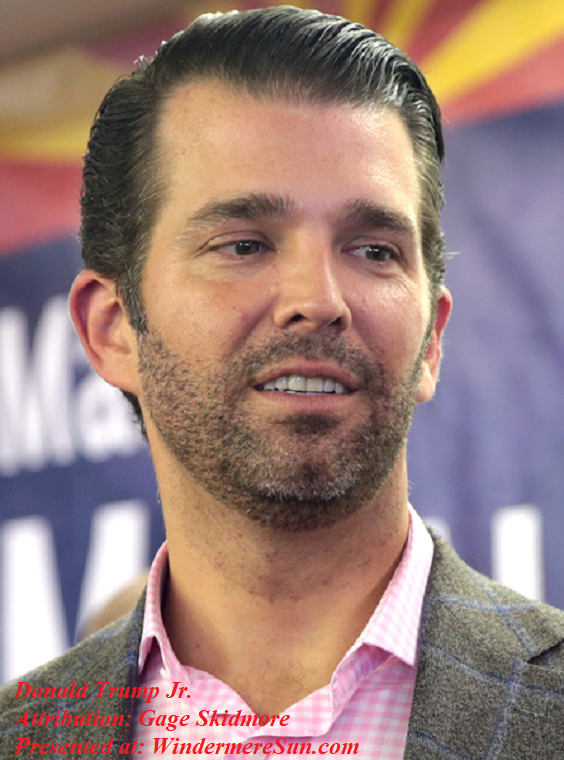 Donald Trump Jr. has finally agreed to comply with a subpoena from the Republican-led Senate Intelligence Committee to testify under oath, but has made it clear that he is making light of the situation by tweeting out laughing face for being subpoenaed, demonstrating disrespect toward the process. MSNBC Legal Analyst Maya Wiley joins Ali Velshi and Stephanie Ruhle to discuss what his testimony will consist of and what it means for the Russia investigation, in the video “Donald Trump Jr. Laughs Off Agreement To Testify Before Congress, Velshi & Ruhle, MSNBC“, below:

There has been much discussion regarding Donald Trump Jr.’s testimony. In case you want to refresh your memory on some of the background information discussed a week ago: The Senate Intelligence Committee has subpoenaed Donald Trump Jr. for him to return and testify again, and the committee is now at a standoff with President Donald Trump’s eldest son, according to sources familiar with the matter. One option Trump Jr. is considering in response to the subpoena is to invoke his Fifth Amendment rights, and another is just to not appear at all, according to one source. Discussions for Trump Jr.’s testimony began several weeks ago before the Mueller report was released, the sources say. Trump Jr.’s team resisted giving testimony, in part, because the findings of the Mueller report were still not known, in the video “Donald Trump Jr. subpoenaed by GOP-controlled Senate committee“, below: